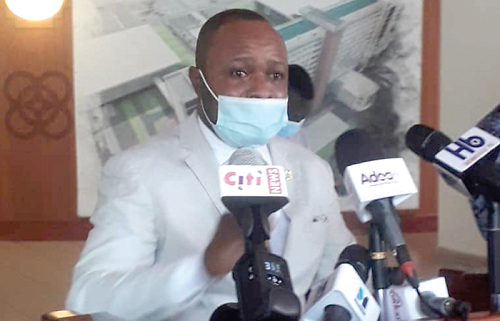 The Vice Chairman of the Defence and Interior Committee of Parliament, Mr Collins Owusu Amankwah, has challenged the National Democratic Congress (NDC) to publish the pink sheets the party obtained for both presidential and parliamentary elections to back their claims that the party won the December 7 polls.

He said if the party claimed the outcomes of the December polls were flawed or compromised, the NDC must not rely on the Electoral Commission (EC) for any pink sheets but rather produce and publish the pink sheets they obtained from their polling agents.

“I want to challenge former President John Dramani Mahama and the NDC to publish their pink sheets and we want to see their collation sheets and not rely on the EC,” he said.

Speaking to the media outside Parliament last Tuesday, Mr Amankwah said the NDC must show its primary source documents, the pink sheets, if they claim that the elections were flawed.

“They cannot order or compel the EC to show Ghanaians the collation or the pink sheets. What were the NDC polling agents doing at polling stations during polls? Were they asleep when the results were being counted?” he asked.

Mr Amankwah, who is the MP for Manhyia North, said Ghanaians had spoken emphatically to choose President Nana Addo Dankwa Akufo-Addo as the next President, and that the over 500,000 presidential votes difference was not a joke.

He, therefore, urged the former President to live up to his acclaimed democratic credentials and stop heightening tension in the country.

"If the NDC presidential candidate claims to be a compassionate man, this is the time to demonstrate that,” he said.

“The Electoral Commission has made the declaration and gazetted the results. If the NDC have issues, the best place to settle their scores is to be in court to seek redress,” he said.

"The street protests by the NDC cannot change or overturn the declared results by the EC. We are not the only ones saying that the elections were credible and peaceful but both local and international elections observers all attested to the fact that indeed the elections were peaceful,” he said.