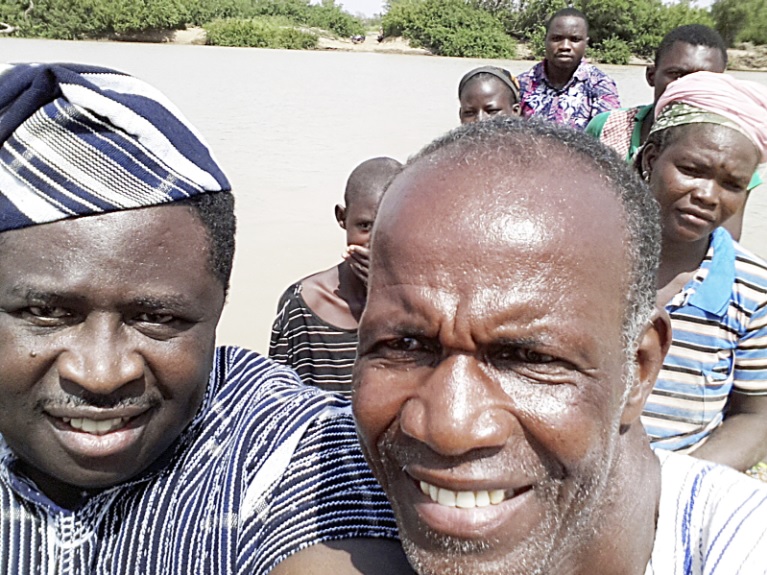 The election of  a 61-year-old development worker, Mr Amadu Moses Yahaya, has given the Convention People’s Party a fresh lease of life, at least in the 275-member Parliament.

Many political analysts are of the belief  that the election of Yahaya is a bold statement on the strengthening and deepening of parliamentary democracy in Ghana. It is also intended to influence positively the seeming one-way pattern of Ghana's two-party political system.

But how did the CPP do it after it had been beaten in the recent 2012 elections? The CPP presidential candidate for the 2012 elections, Dr Micheal Abu Sakara Foster, fared poorly in the presidential election, while the party’s chairperson, Ms Samia Yaba Nkrumah, who was also the party’s sole MP for the Jomoro Constituency, lost that seat to the NDC candidate in that election. How the CPP exhibited the “never say die’ spirit in the Kumbungu by-election is what this article intends to explore.

According to Dr Sakara, in the CPP’s initial assessment of the socio-political situation at Kumbungu, it became clear that there was the need to present a parliamentary candidate who had the credentials of serving everybody across the political divide in the constituency.

“Our candidate’s mass appeal, therefore, helped a lot. He was the first to come from a village outside of Kumbungu to contest the parliamentary seat so we tagged the elections as the “Village boy versus the town boys”.

Interestingly, we lost all polling stations located in the town and won all but one in the villages, so, as you see,  the village came together to support their own,” Dr Sakara analysed.

All MPs from Kumbungu in recent years had come from the town and many felt it was time for someone from the villages and Moses Yahaya offered that opportunity — a hardworking, good and selfless man from the village, who is development — oriented, and known to the community for initiating sanitation, school, water, street lighting and other programmes.

In the view of Dr Sakara, as a true and tested development activist, Moses Yahaya had all sides of the community across party lines campaign for him.

The other reason is that NPP did not contest the elections because of the election petition before the Supreme Court and we elicited their support while we were also able to garner significant NDC and People’s National Convention (PNC) supporters to our side.

The terrain itself posed a serious challenge to the campaign, Dr Sakara pointed out. “We could see gaping neglect. We saw communities whose needs have not been addressed by previous and current administrations. The phenomenon of Overseas areas is something I had heard about and at a distance seen, but never before in my life have I encountered it so directly as on the day of the by-election,” he added.

“Crossing the White Volta in an ordinary boat to the other areas of Kumbungu which were inaccessible was a daring expereince.
After crossing the river, we rode the nine-kilometre journey on motorcycle to the nearest polling station. What shocked me was not so much reduction from my status of driving in a V8 to an old rickety Honda Yamaha motorcycle, but the absolute lack of any signs of development in those communities to show that they were part of modern day Ghana. I really wondered why these people had been voting. What have they been voting for all these years?

“This gave us a heightened sense of purpose that if our candidate wins we should impact on the community within his tenure of office as an MP and work beyond our parochial partisan interest,” Dr Sakara stated.

Being an agriculturist, I saw many women who green traders are risking their lives to bring food from the hinterlands to the towns and cities. The risk they encountered in bringing food from the hinterlands to the market were better experienced than be told. There we saw with our own eyes a canoe laden with maize to the extent that less than an inch of its lip was above water with passengers sitting in it; a very risky venture indeed. It made us appreciate what Ghanaians are sacrificing for the nation.

“I also saw how the hazards of nutrition begin. When people stepped in the water up to knee level, and as the full weight of the bag of maize came off the boat, almost half of it was in the water.  This made water drip out of the several bags of maize after they had been brought on dry land.

With my agric background, I just knew then that the process of infestation had begun and the maize would be mouldy as a result of fungus.

‘If we think that we are denying the rural people access to infrastructure because it is not our priority in the urban towns then we should also be prepared to accept these high levels of infestation of our food from poor handling conditions,” Dr Sakara stated.

“Going forward, we belonging to the Nkrumaist tradition and the CPP fraternity need to pull together. If we had done the same as we did in Kumbungu, perhaps the 2012 Election results would be different”, Dr Sakara argued.

“We showed unity at Kumbungu:  It is collective effort. In spite of the fact that we have an ideological tradition, combining it with the right strategy and planning, the CPP will prevail”, Dr Sakara stressed.