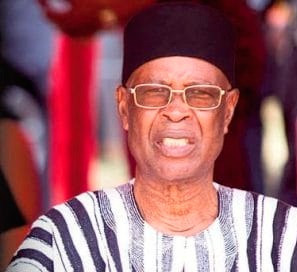 The Council of Elders of the National Democratic Congress (NDC) has expressed its disquiet about the level to which the campaign of candidates contesting the party’s national executive election has sunk.

The council has, therefore, reiterated its earlier advice to all contestants to ensure strict adherence to the guidelines drawn up by the National Executive Committee (NEC) of the party.

“Council wishes to remind all contestants that acting contrary to laid down rules and regulations will carry severe sanctions, including disqualification of any contestant,” it said.

This was contained in a statement signed and issued by the Chairman of the NDC Council of Elders, Alhaji Mahama Iddrisu , at the end of its meeting in Accra yesterday to receive developments regarding the party’s internal elections.

“All contestants are reminded that the party stands supreme and this will not be sacrificed for the personal interest of any contestant, delegate or party member,” the statement said.

The council also condemned in no uncertain terms incidents of violence that occurred during the just-ended conferences of the Youth and Women wings of the party held in Cape Coast, last Saturday.

“It is the view of the council that acts of indiscipline and violence at party functions can only bring the party into disrepute and could damage the hard-won reputation of the party”.

It said any member whether elected or not, found culpable and in breach of the rules presented by the Congress Planning Committee or complicit in any of the incidents would face serious disciplinary action in accordance with the party's code of discipline.

The statement recommended to the Congress Planning Committee not to hesitate to remove any persons whose behaviour was not appropriate to the orderly conduct of the congress.