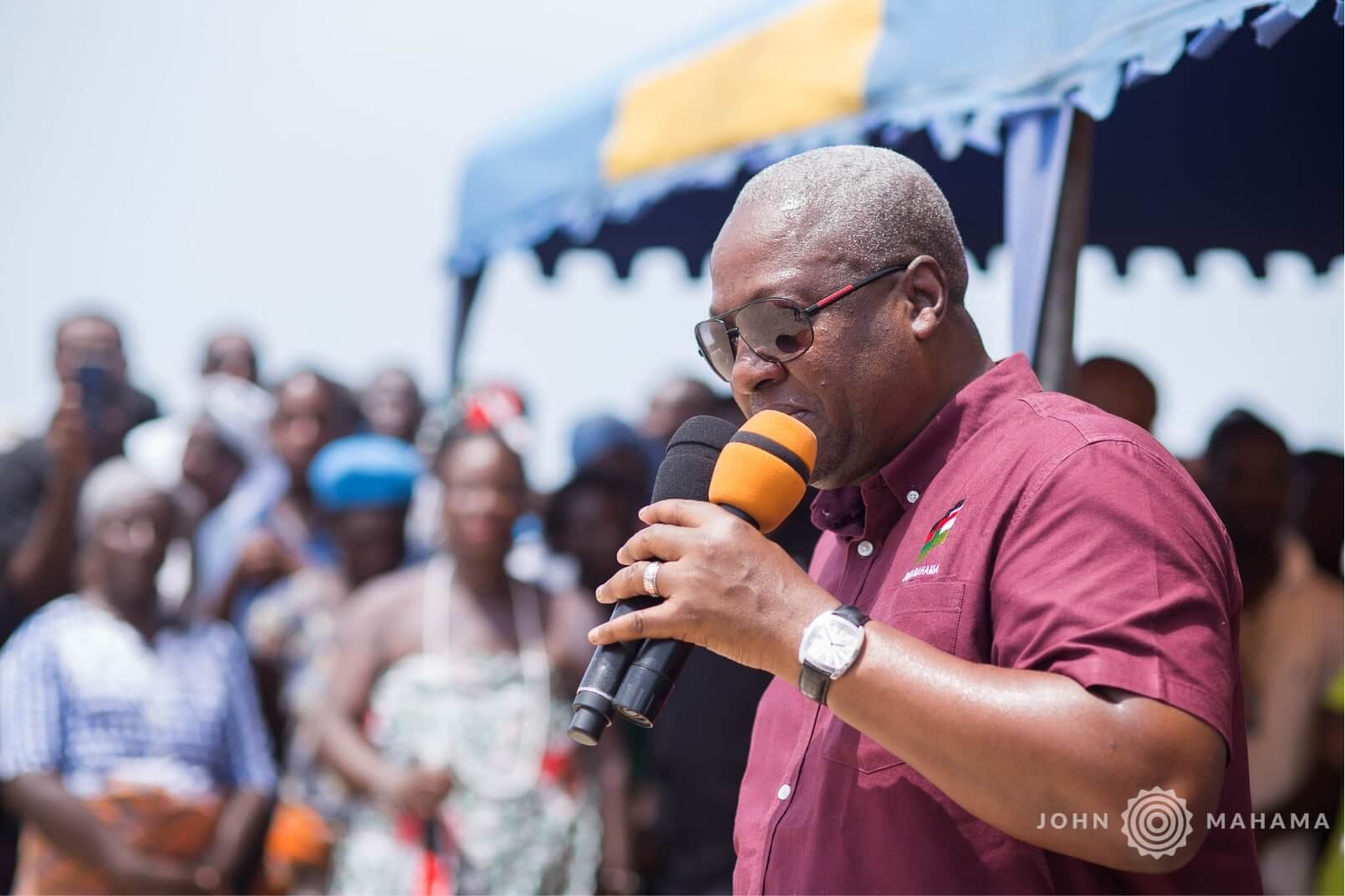 The former President seeking re-election explained that the move was to enable him and the leaders of the opposition National Democratic Congress (NDC) to travel back to Accra "because of the increasing reports of challenges with the voter register and the exhibition process."

In a Facebook post, Mr Mahama said the NDC will be addressing a major press conference on the issues in due course.

“I am cutting short my tour of the Bono Region to return to Accra because of the increasing reports of challenges with the voter register and the exhibition process. We’ll address a major press conference on the issues in due course,” Mr Mahama posted.

Below is a copy of a press statement issued and signed by James Agyenim Boateng, Campaign Spokesperson

The presidential candidate of the National Democratic Congress (NDC), Mr John Dramani Mahama, has suspended his tour of the Bono Region over concerns about the new voters
register.

He announced the suspension on his second day of his planned four-day tour of the Bono Region.

Addressing a gathering of chiefs and Sunyani Magazine workers in Sunyani on Tuesday, Mr Mahama said there was “so much chaos and disorder” in the electoral process, adding “it
has the potential to create crisis in our country”.

He said “the Electoral Commission should be prepared to take the blame if this country descends into chaos”.

Mr Mahama therefore called on the international community to take an interest in the political developments in Ghana.