Cashew farmers will be prosperous under my government -- John Mahama 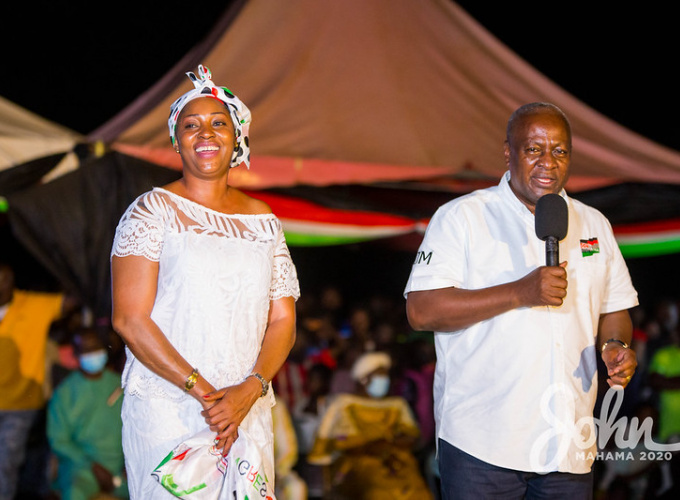 The flagbearer of the National Democratic Congress (NDC), John Dramani Mahama, has announced that cashew farmers are going to receive special attention and support when the NDC wins the December elections.

He explained that the NDC's focus on cashew farmers and cashew production forms part of the Party's planned programme of ensuring value addition to agriculture produce in order to earn more income and improve the lot of farmers.

Addressing a gathering of chiefs and cashew farmers of Brohani in the Tain District of the Bono Region, President Mahama said cashew, a crop widely cultivated in the region, will thrive under under his administration.

"This is the time for cashew farmers. If you're not into cashew, get a land and begin cultivating because it will be a prosperous venture under me" he assured.

The former President also announced that the NDC will introduce a number of interventions to make cashew farmers more productive and also profit from the trade.

According to him, a Cashew Board will be established, similar to the structure of Cocobod, so that the interest of cashew farmers can be pursued while ensuring improved cashew production.

He also mentioned that a cashew processing factory will be established to ensure value addition through the processing of the cashew for export, which would put more money into the pockets of farmers.

Highlighting the importance of agri-business, the NDC leader said the Ministry of Food and Agriculture will be realigned into a Ministry of Agriculture and Agribusiness to coordinate the business aspect of agriculture for the benefit of farmers and also the nation.

Mr. Mahama also announced that the district will have a mechanization centre to offer technical support and provide equipment like planters, harrows, ploughs and shellers to farmers to aid their work.

He also promised the mainly Islamic farming community that the NDC will introduce a Cashew Farmer's Pension Scheme, as well as government support for Muslim farmers to observe the Hajj Pilgrimage.

On the poor state of their roads, the NDC Presidential Candidate told the community "leave your roads to me, I will make sure they are worked on and tarred" adding that "we will also open a police post, so you can be safe from armed robbers and other vices" he promised.

The former President introduced the NDC Parliamentary Candidate for Tain, Sulemana Ramzy Adama. He reminded the people of Brohani to check their names at the registration centres to ensure that they are not disenfranchised.