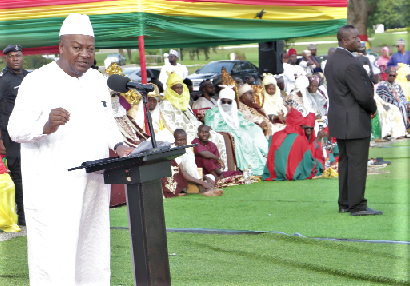 World Hausa Day has been commemorated in Accra, with a call on the people to continue to coexist peacefully.

Former President John Mahama, who made the call, said “whatever our ethnic origins, we are all first and foremost Ghanaians; we are all one people with a common destiny”.

“Tribe or ethnicity is not a defining criterion of citizenship. We need to stand together as one people, but we can only achieve this if our leaders are open and transparent and do justice to all manner of persons,” he added.

The commemoration, which was on the theme: "Hausa, an indispensable tool in Ghana's development", was to highlight the contribution of the ethnic group to global peace and development.

It was also aimed at uniting the youth to work towards the accelerated growth of their respective communities and the country at large.

Week-long activities to commemorate the day were climaxed with a durbar in Accra last Sunday, where the former President was the guest of honour.

It was attended by members of Hausa communities in all parts of the country, including various chiefs and prominent members from the Zangos.

Also present was a delegation from the Ga Mantse, as well as representatives of various government institutions and the diplomatic community.

Patrons were treated to rich Hausa cultural displays, accompanied by drumming, singing and dancing, horse-riding and poetry recitals in both Hausa and English.

World Hausa Day is an internationally recognised event set aside to celebrate the culture and language of Hausa people, whose population is estimated at 70 million globally.

Among the countries where the language is spoken in Africa are parts of Chad, northern Nigeria, Ghana, Cameroun, Benin and the southern part of Niger, with significant minorities in The Sudan and Cote d’Ivoire.

Former President Mahama said it was significant to recognise the relevance of language, given its role in cultural identity.

“For instance, the Hausa language, equally, if not most importantly, plays the social function of fostering unity, identity and social solidarity,” he said.

He, however, emphasised that unity and peaceful coexistence were the only way the people could work together to overcome the prevailing economic and social challenges facing the country.

He said chiefs and traditional rulers had major roles to play in ensuring that people would come together to resolve conflicts and chart paths of development for their communities.

“They have served as a glue that holds us together.

It is important we support them to promote unity and facilitate development,” the former President said, adding that “the development of our shared nation is a shared responsibility”. 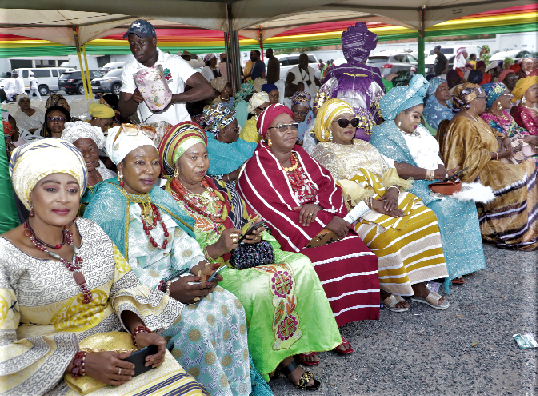 The National Chief Imam, Sheikh Osmanu Nuhu Sharubutu, had, earlier on Sunday, led prayers for the successful commemoration of the day.

He also prayed for peace, unity and prosperity for the nation.