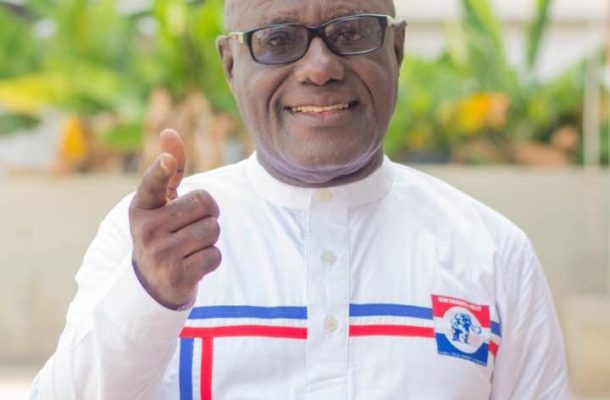 “I will not step down this time”- Asare-Bediako Follow @Graphicgh

One of the five candidates contesting the Ashanti Regional Chairman position of the New Patriotic Party (NPP), Mr Robert Asare-Bediako, has assured his teeming supporters that he would not leave them mid-way as it happened four years ago.

Speaking after a tour of the region and interacting with the constituency executives, he observed that though most of them pledged their support for him, they were unsure if he would stay the course.

“It has also been interesting that in all these open and frank discussions, the topmost concern the executives have expressed, has been whether or not to disappoint them and leave the scene as I did four years ago,” he said.

In a statement issued and signed by the candidate himself, Mr Asare-Bediako said “the consistency of this singular question has caused me to issue this release and to assure and reassure our members particularly our constituency executives that just as my mantra has been this time, 'only God can stop me'".

“I must quickly point out that these words are void of arrogance or in a vacuum, but of confidence borne out of comprehensive research and survey prior to my campaign,” he said.

So far, he said from his rounds, it was evident “that victory is mine and will come due to the trust the party persons have in me.

“Therefore, I would want to calm every member and to assure you that I am going the full hog this time around to win to solidify the confidence you are reposing in me as victory is assured on the 27th of this month,” he said.