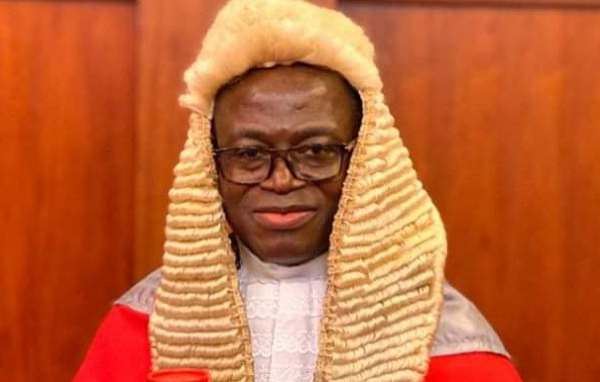 The Supreme Court has held that the 1992 Constitution does not place any restriction on a Deputy Speaker from being part of the quorum for decision-making and to vote on matters for determination.

It is the considered view of the apex court that Deputy Speakers are Members of Parliament, elected as representatives of constituencies and, therefore, causing them to lose their casting votes will amount to disenfranchising their constituents.

The Supreme Court last Wednesday, March 9, 2022 ruled that a Deputy Speaker presiding over proceedings in Parliament has a right to vote on matters for determination and gave the reasons for their ruling on Friday, March 11, 2022.

Explaining the reasons for giving a judgment that a Deputy Speaker presiding over proceedings in Parliament has a right to vote on matters for determination and be counted as part of the quorum for decision-making in the House, the Supreme Court declared, “To cause a member to forfeit their vote in Parliament merely on account of having to preside over the business of the House in the Speaker’s absence would unfairly disenfranchise not only the presiding member but also their constituents. Such an interpretation would likely give rise to certain perverse outcomes.”

“For example, it could lead to opportunistic absences by a Speaker or one or the other Deputy Speakers, as an absence would mean a vote loss by the presiding members and their party,” the court held.

The unanimous decision of the seven-member panel was authored by Justice Emmanuel Yonny Kulendi.

The court in its judgment also declared as unconstitutional Order 109(3) of the Standing Orders of Parliament, which barred a Deputy Speaker from casting a vote on matters for determination.

That declaration raised the question of whether the court could interfere in the operations of Parliament or what has been termed as the “political doctrine.”

In answering that question, the court held that the country had over the years practised constitutional sovereignty as opposed to parliamentary sovereignty.

“Consequently, parliamentary standing orders are subservient to the Constitution and in any case, no arm of government or agency of the state, including Parliament, is a law unto itself because without exception, everyone and everything in Ghana is subject to the constitution,” the court held.

It held that whereas Article 102 prevented any person presiding, either Speaker or Deputy Speaker, from being part of the quorum for business of the House, Article 104(1) prevented only the person elected as Speaker and not the deputies from forming part of that quorum.

“As to the non-voting quorum, Article 102 makes it clear that a presiding Deputy Speaker, who is a Member of Parliament and present, shall not be counted in determining the number.

However, when it comes to determining the “voting quorum” under Article 104(1), no such restriction or limitation is placed on a presiding member or Deputy Speaker. The non-inclusion of the phrase ‘apart from the person presiding’ in Article 104 (1) must have been deliberate. To hold otherwise would amount to impugning the wisdom of the framers of the constitution and supplanting their clear intent,” the court stated.

The court was of the view that per Article 97(1), a Speaker cannot be an MP, but all Deputy Speakers were MPs.

It further held that Article 104(2) specifically mentioned that “The Speaker” was prevented from casting a vote and not other persons, such as Deputy Speakers, presiding over proceedings of Parliament.

“Significantly, the voting disqualification in Article 104(2) is specific to the Speaker and, therefore, does not apply generally to the person presiding.

It was also the considered view of the court that the only instance whereby a Deputy Speaker or any MP was barred from voting on the floor of Parliament was under Article 104(5), which is when the MP had a conflict of interest in a specific contract under consideration.

"Presiding at a sitting of Parliament is not intended by the framers of our constitution to be a disqualifying conflict of interest and, therefore, a presiding Deputy Speaker does not forfeit his or her right to vote merely by virtue of presiding in the absence of the Speaker," the court held.