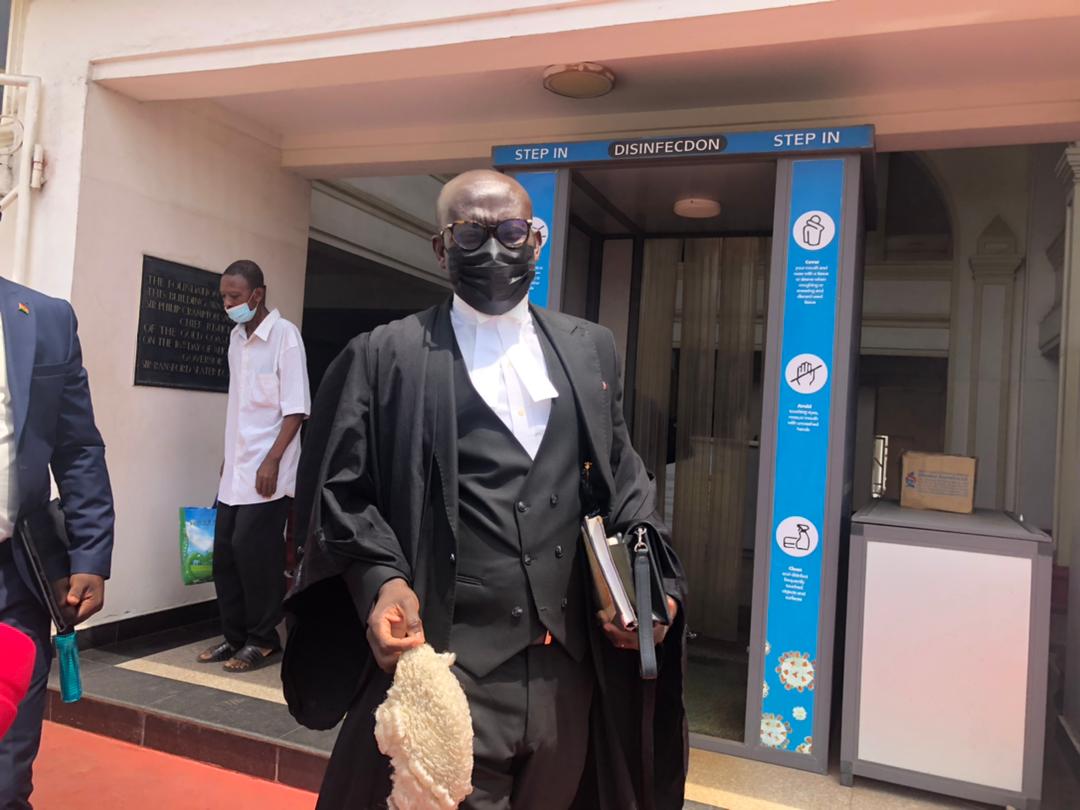 Godfred Yeboah Dame, the A-G leaving the court after the Supreme Court ruled in his favour. PICTURE BY EMMANUEL EBO HAWKSON Follow @Graphicgh

A Deputy Speaker of Parliament presiding over proceedings in the House has the right to vote on matters for determination, the Supreme Court has declared.
Besides, the Deputy Speaker will also be counted as part of the quorum for decision-making.

Consequently, the highest court of the land has ruled as valid the passage of the 2022 budget by Parliament on November 30, 2021 during which the First Deputy Speaker, Mr Joseph Osei-Owusu, who was presiding, counted himself as part of the quorum that made that decision.

“That the decision taken on 30th day of November, 2021 by Parliament to approve the 2022 budget was valid as 138 members including the person presiding were present in Parliament when the decision was made,” the court ruled.

“Accordingly, Order 109(3) of the Standing Orders of Parliament is struck down as unconstitutional as being inconsistent with and in contravention of Articles 102 and 104(1) of the 1992 Constitution,” the court held.

The court gave the judgement yesterday after it had dismissed a writ by a lawyer and law lecturer, Justice Abdulai, who challenged the constitutionality of Mr Osei-Owusu’s decision to be part of the quorum that passed the 2022 budget.

In a unanimous decision, a seven-member panel of the apex court held that the right interpretation of Articles 102 and 104 (1) of the 1992 Constitution was that a Deputy Speaker who is still a Member of Parliament (MP) or any MP presiding over proceedings in Parliament does not lose the right to take part in decision-making of Parliament.

“That upon a true and proper interpretation of Articles 102 and 104 (1) of the Constitution 1992, a Deputy Speaker or any Member of Parliament presiding over Parliament, in the absence of the Speaker, can vote and take part in decisions by Parliament.

That is to say that a Deputy Speaker or person presiding, other than the Speaker, does not lose their rights to vote when they are presiding over the proceedings of Parliament,” the Supreme Court held.

The court did not give the reasons for its decision but said the reasons would be filed at the court’s registry by tomorrow Friday, March 11, 2022.

Meanwhile, efforts by the Daily Graphic to solicit the views of lawyers and civil society organisations (CSO) proved futile.

Those contacted yesterday ( March 9) preferred to wait for the reasons by the Supreme Court to be made known before they would comment on the judgement.

On November 26, last year, following an acrimonious debate and near fisticuffs over the approval of the 2022 Budget, the Majority in Parliament staged a walk-out.

Parliament, with only the Minority MPs of 137, and with the Speaker, Mr Alban S.K. Bagbin, presiding, rejected the budget.

However, on November 30, the Majority, with 138 MPs, reversed the decision of the Minority and passed the budget, with Mr Osei-Owusu, the First Deputy Speaker, presiding.

The Minority failed to attend the proceedings, while the Speaker was also absent because he had reportedly gone for medical treatment outside the court.

Mr Osei-Owusu, who is also the New Patriotic Party (NPP) MP for Bekwai in the Ashanti Region, counted himself as an MP, which enabled the Majority in Parliament to form the right quorum under Article 104(1) in order to pass the budget.

On December 21, 2021, Mr Abdulai invoked the original jurisdiction of the Supreme Court to interpret the 1992 and asked the apex court to declare the action of Mr Osei-Owusu in counting himself as part of a quorum, as unconstitutional.

He also wanted the Supreme Court to declare the whole proceedings in Parliament on November 30, 2021 which led to passage of the 2022 budget as unconstitutional.

The plaintiff was of the view that the 1992 Constitution did not allow a person presiding over proceedings in Parliament to have an original or casting vote, or to be part of a quorum.

He also cited Article 104 (2) of the 1992 Constitution which stipulates that: “The Speaker shall have neither original nor casting vote.”

It is the case of Mr Abdulai that the First or Second Deputy Speakers of Parliament, when presiding, has the “same authority and mandate just like the Right Honourable Speaker” and therefore cannot vote or be part of the quorum.

It was the case of Mr Dame that the quorum under Article 102 was for the conduct of business in Parliament, and that was why Article 102 provided that it should be one-third of members.

“Given that Parliament presently is made up of 275 members, the quorum under Article 102 for the conduct of its business is 92 MPs,” the A-G submitted.

According to the A-G, based on the clear provision of Article 102, any person presiding, either the Speaker or Deputy Speakers, was precluded from being part of that quorum.

On the other hand, the A-G was of the view that the quorum under Article 104 (1) which dealt with the determination of matters through voting in Parliament required at least half of all MPs, and such a quorum was not the same as the one in Article 102.

Mr Dame contends that unlike Article 102 which precludes a “person presiding” from being part of the quorum, Article 104 (2) specifically precludes “The Speaker”.

The A-G, therefore, holds the position that only the person elected as “The Speaker” of Parliament is barred from forming part of the quorum under Article 104 when presiding, and not Deputy Speakers who preside over proceedings.

“The Speaker of Parliament is prevented from voting. By this, we mean the Speaker qua Speaker and not a person who for the time being or on temporary basis, presides over the House but who is not elected to be Speaker,” Mr Dame contended.