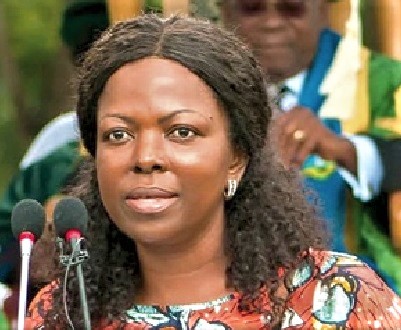 Members of Parliament on Tuesday, March 8, 2022, called on the government and other stakeholders to make conscious efforts to break down systemic cultural practices and institutional barriers that inhibit the progress of women in society.

They said fighting those negative prejudices would motivate many more women to break the chains of limitations society had placed on them.

That, they believed, would empower many women to take up influential leadership positions to achieve gender equality and contribute their quota to nation-building.

The MPs made the call during the celebration of the International Women’s Day in Parliament on the theme: “Gender equality for a sustainable tomorrow.”

That was after the New Patriotic Party (NPP) MP for Ayawaso West Wagon, Ms Lydia Seyram Alhassan, had delivered a statement to mark the day on the floor of Parliament.

Presenting her statement, Ms Alhassan was happy that in Ghana, a lot had been done to promote the interests of women and the girl-child, and mentioned the free SHS programme and increase in women MPs in the Eighth Parliament as some of the efforts.

“As a country, we have had two women Chief Justices, a woman Speaker of Parliament, two serving as Attorney-General and a former MP now serving as Chief of Staff,

Ms Alhassan, therefore, called for more action to be taken to bridge the gender inequality gap and project issues that confront women.

For her part, Ms Gomashie urged her colleague MPs to join forces with their female counterparts to increase the number of women MPs in the House in the Ninth Parliament.

“Mr Speaker, often when you are a woman and you want to contest elections to come to Parliament, you are called names and this can deter and dampen the spirit of women, taking away from us women with sharp brains, high professional values and ethics who can contribute significantly to the development of our country,” she said.

Mrs Mensah said if women who accounted for more than half of the world’s population were not given the chance to achieve their full economic potential, the global economy would suffer.

Mrs Ntoso lamented the low presence of the women legislators in key influential roles in Parliament, a development she said was not encouraging to women.