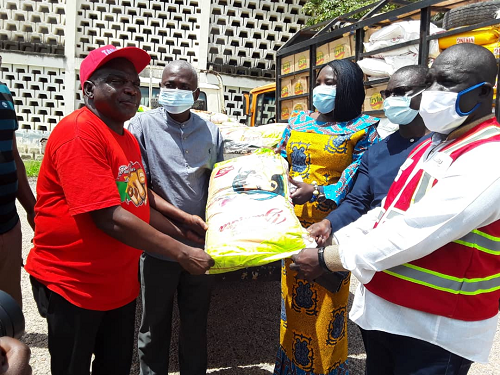 The Managing Director of the NEDCo,Mr Osman Ayuba(second right) and the Upper East Regional Minister, Miss Tangoba Abayage (third right) with support from some officials of the NADMO and the Pwalugu Multipurpose dam making a symbolic presentation of the relief items at a short ceremony at Bolgatanga.

The Volta River Authority (VRA) in collaboration with the Northern Electricity Distribution Company (NEDCo) and contractors working on the Pwalugu Multipurpose  dam have donated relief items valued at GH¢350,000 to people affected by the floods in the Upper East Region.

Speaking at a short presentation ceremony at Bolgatanga on Tuesday (today), September 15, 2020, the Managing Director of NEDCo, Mr Osman Ayuba who also stood in for the Chief Executive Officer of the VRA, Mr Emmanuel Antwi-Darkwa stated that the gesture formed part of the Corporate Social Responsibility programme of the VRA and NEDCo. 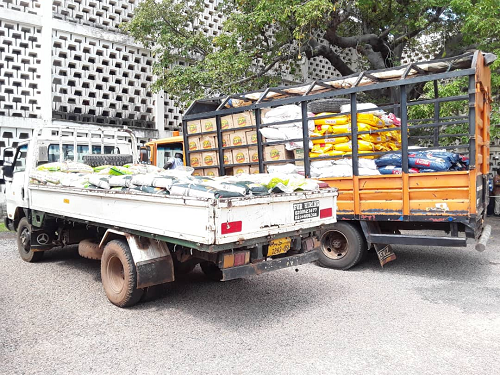 Mr Ayuba further explained that the food items will ultimately support farmers whose farmlands were submerged in the floods.
“This is just a token to lessen the plight of farmers and others who have been affected by the Bagre Dam spillage and days of torrential rains"he noted.

The Upper East Regional Minister, Miss Tangoba Abayage on her part observed that the $1 billion Pwalugu Multipurpose dam when completed will help resolve the flooding issues in Northern Ghana.

She therefore pledged her preparedness to always to keep monitoring the project by paying regular visits to the site to ensure that work progresses.

“I cannot wait to see the completion of the dam as it will bring relief to farmers and put to good use the high volume of water that is being wasted anytime the Bagre dam is spilled," Ms Abayage stated.

She thanked the VRA and its partners for the support and pledged to ensure that the items get to the affected people.

The Regional Director of the National Disaster Management Organization (NADMO), Mr Jerry Asamani announced plans by the NADMO to put in place a Committee made up of the donors and other partners to ensure a fair distribution of the items to the affected people in the Region. 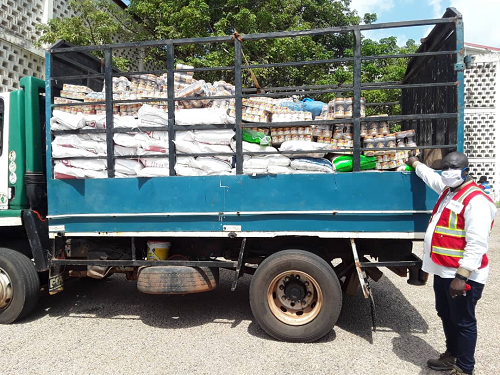 He further explained that the NADMO was waiting for flood waters to recede in order to do an intensive assessment of the extent of damage to properties. But so far four people have died in the floods while about 68 people have been displaced including the Sumbrungu and Anateem areas in the Bolgatanga Municipality.

Some bridges and roads have been cut off in the Region including the Kubore area in the Bawku West district which has affected drivers, commuters, traders and other road users of the Bolgatanga-Bawku highway.