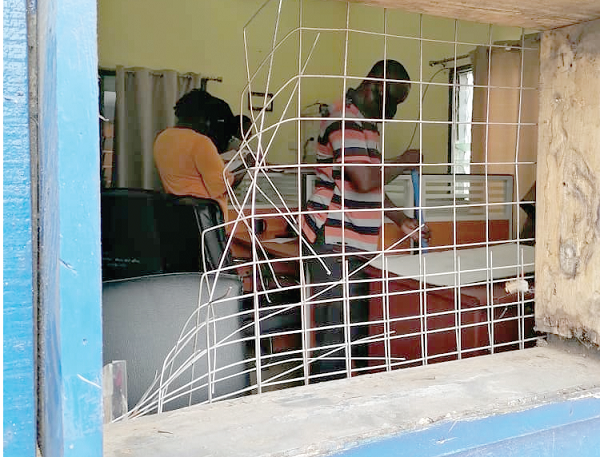 Unidentified persons on Thursday, June 18, broke into the Orderly Room at the Nima Divisional Police Command and made away with a 32-inch television set and a computer monitor.

The room is the general office of the divisional command.

The Nima Divisional Police Commander, Assistant Commissioner of Police (ACP) Mr Abraham Acquaye, told the Daily Graphic yesterday that the act was detected at about 6 a.m. when officers reported for work.

He said he suspected the burglary to have taken place at dawn.

The divisional commander said the thieves removed an air conditioner fitted into one of the windows to the office and passed through the space created to gain access to the office.

He said investigations had been launched into the theft and the perpetrators would be made to face the law.

ACP Acquaye said it was possible that the thieves might have gained passage to the office from a house close to the windows of the orderly room.

That house served previously as a police barracks.

He said it was clear after observing the crime scene that the only way anyone could enter the orderly room was from the building that once served as the police barracks.

The Nima Divisional Police Commander said the monitor which was stolen had no security value, as it did not have any security information on it.

He said the incident was a wake-up call to the command to also monitor the activities of the police officers.