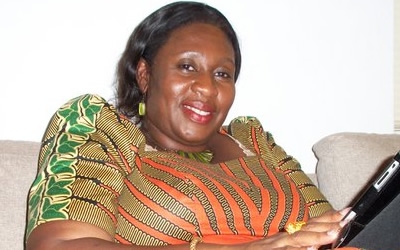 The Accra High Court has given a former boss of the Microfinance and Small Loans Centre (MASLOC), Sedina Tamakloe Attionu, up to December 22, 2022, to show up for her trial or risk being tried in absentia.

The presiding judge, Justice Afia Serwaa Asare-Botwe, also gave the two sureties who secured Mrs Attionu GH¢5 million bail up to the same day to produce her to stand trial or the court would slap them with a forfeiture of recognisance.

Forfeiture of recognisance means the two sureties — Alex Mould, a former Chief Executive Officer (CEO) of the Ghana National Petroleum Corporation (GNPC), and Gavivina Tamakloe would be made to pay the GH¢5 million bail sum.

Per Section 104 of the Criminal Offences (Procedure) Act, 1960 (Act 30), if the two sureties are unable to produce Mrs Attionu to stand trial and also fail to pay the GH¢5 million bail sum, the court can order the sale of their properties to recover the amount.

Justice Asare-Botwe gave a ruling yesterday on an application for forfeiture of recognisance filed by the prosecution due to the failure of Mrs Attionu to appear to stand trial since October last year.


Attionu, who is on trial for allegedly causing financial loss of GH¢90 million to the state during her tenure as the CEO of MASLOC between 2013 and January 2017, has failed to show up for the trial after being granted permission by the court to travel to the USA for medical treatment.

She was expected to return to Ghana for the continuation of her trial on October 6 last year.

In November last year, Justice Asare-Botwe expressed her displeasure about the situation, and issued a bench warrant for the arrest of Mrs Attionu to force her to attend the trial.

Afterwards, the prosecution filed an application for trial in absentia.

It then followed up with an application for forfeiture of recognisance, which is directed at the two sureties who executed Mrs Attionu’s GH¢5 million bail bond to show any justification why they should not be made to pay the bail sum due to her absence from the trial.

In the application for forfeiture of recognisance, the prosecutor, Stella Ohene Appiah, a Principal State Attorney, submitted that Mrs Attionu’s failure to show up in court for over a year was proof that she had abandoned the trial.

In response, counsel for Mr Mould, Beatrice Annanpio, urged the court not to rule for forfeiture of recognisanace because the state had all the resources and means to ensure that Mrs Attionu attended court for her trial.
Counsel for Gavivina Tamakloe, Dr Basist Aziz Bamba, said he was informed that Mrs Attionu was still seeking medical treatment in the United States.

He said if the state wanted to enforce the accused person’s presence for the trial, it had the option to extradite her from the United States to Ghana.

In her ruling, Justice Asare Botwe said per a Supreme Court decision, sureties for bail could not be held criminally liable for the failure of accused persons to appear before court to stand trial.

A bail bond, she held, was a contract between an accused person and a surety, for which the surety had a responsibility to ensure that the accused person abided by the terms of the bail.

Mrs Attionu, she said, had breached the terms of her bail, for which reason the sureties must be held liable.

She, however, said per the various case laws and authorities, the sureties must be given time to produce Mrs Attionu before the order of forfeiture of recognisance could take effect.

“For this reason, I have given the sureties on or before December 22, 2022, to produce the accused person. A failure to produce her will result in a forfeiture of the bond,” Justice Asare-Botwe ruled.

The presiding judge, accordingly, adjourned the application for trial in absentia also to December 22, 2022.

“If the accused does not come by that time, the court will consider the application for trial in absentia,” she added.