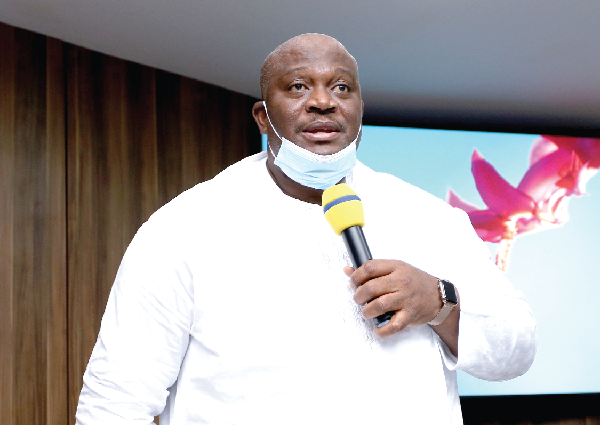 Hundreds of buildings within the Sakumo Ramsar Site in Tema will go down today in a demolition exercise meant to free the site of encroachment.

The exercise will be carried out by the National Security, in collaboration with the Ministry of Lands and Natural Resources and the Greater Accra Regional Security Council (REGSEC), within the buffer zone of the Ramsar site, in accordance with Section 97 of the Local Governance Act, 2016 (Act 936).

Section 97 of Act 936 empowers the local assembly to ensure enforcement against unauthorised development of community right of space.

The Greater Accra Regional Minister, Henry Quartey, who made this known yesterday[October 18, 2022], said the demolition exercise was part of an ongoing exercise to reclaim encroached state lands and also protect Ramsar sites from destruction.

He said the illegal occupants of the Ramsar site had been given more than 70 days’ notice but they remained recalcitrant, so the only way out was to pull down the structures.

"Anytime we speak, they go ahead and build with impunity, and that cannot continue. We are going all out to ensure that buildings that are sited in the core part of the Ramsar site are removed," he stressed. 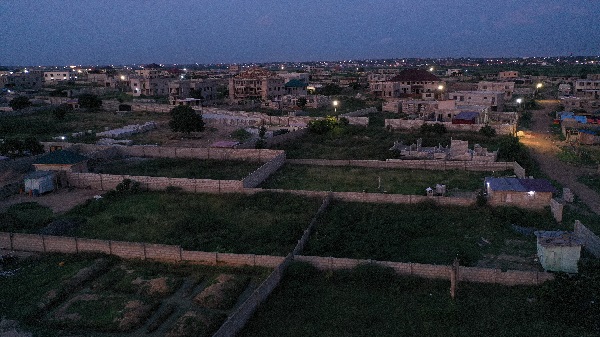 He said this at a crunch stakeholders’ meeting ahead of the demolition exercise. The meeting was meant to court the support of traditional authorities from the Tema and the Nungua Traditional councils for the exercise.

The Deputy Minister of Lands and Natural Resources in charge of Forestry, Benito Owusu-Bio, was at the meeting, which was also attended by officials from the metropolitan, municipal and district assemblies (MMDAs) within the Tema enclave, officials of the Tema Development Corporation (TDC), as well as the Greater Accra REGSEC and the Tema West Municipal Security Council (MUSEC).

Officials of the TDC, led by its Chief Executive Officer (CEO), Abena Ofori-Atta, said the corporation had not given out any land within the Ramsar site to anyone to build.

Similarly, officials of the Tema West Municipal Assembly denied ever issuing building permits to anyone to put up structures within the site.

The traditional authorities also said they had not signed any land documents for anyone in respect of the area.

Against that backdrop, Mr Quartey asked the National Investigations Bureau (NIB) and the Ghana Police Service to carry out full-scale investigations into all permits that had been issued for the development of properties within the Ramsar site.

Working with a three-week ultimatum, the security agencies are required to ascertain the complicity or otherwise of the Forestry Commission, the TDC and the Tema West Municipal Assembly in the issuance of permits for such developments.

"If there has to be forensic investigations to ascertain the authenticity of the documents that people claim to have from the TDC, the TMA and the Forestry Commission, it must be done. Anyone found culpable in this matter will be sent to court and made to face the law," he stressed.

He said it was important to demolish the unauthorised buildings because the country had signed the Ramsar Convention, making it mandatory to protect all Ramsar sites from destruction. 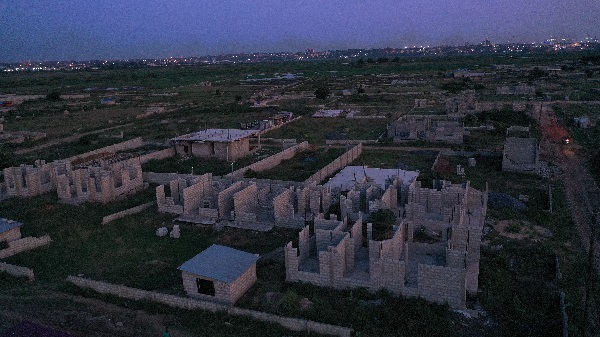 "We do not want what happened at Weija, where flooding destroyed a lot of properties, to happen here. We have engaged the people enough, so we can no longer allow the encroachment to continue," he said.

Mr Owusu-Bio said after the demolition exercise, a stakeholders’ engagement would be carried out again on how to regularise portions of lands that were outside the buffer zone.

The Nungua Mantse, Prof. Nii Odai Wolentsi III, said the chiefs within the Tema enclave were in full support of the government's efforts to protect the Ramsar site.

He said to the extent that the land would be protected to serve the purpose for which the government acquired it, the chiefs had nothing to worry about.

"If the land will be used as a Ramsar site, we have no problem; but if it is used for any other purpose, we will negotiate for it," he said.

A Ramsar site is a wetland site designated to be of international importance under the Ramsar Convention.

It provides for national action and international cooperation regarding the conservation of wetlands and wise sustainable use of their resources.

The Sakumo Ramsar site, also known as the Sakumo Lagoon, is a wetland of international importance.

It is the only wetland meant to protect Sakumono, Tema and their environs against flooding and pollution.
Situated along the coastal road between Accra and Tema in the Greater Accra Region, it covers an area of 1,364 hectares (3,500 acres).

The site also covers part of Tema communities Three, Five, Six, 11 and 12 through to the Sakumono village, Old Lashibi and Klagon.

The Ramsar site, which used to be a habitat for fishes and other water creatures and a stopover for migrating birds, has been massively encroached upon by individuals and estate developers.