The Ministry of Roads and Highways says its working around the clock to ensure that repair works on the Accra bound section of the Accra-Tema Motorway is completed by 6am on Friday, June 17.

The Ghana Highway Authority has since Monday, June 13, been repairing the Lakplakpa River Bridge on the Accra bound section of the motorway.

The repair works has since resulted in heavy vehicular traffic which is worsened during rush hours. 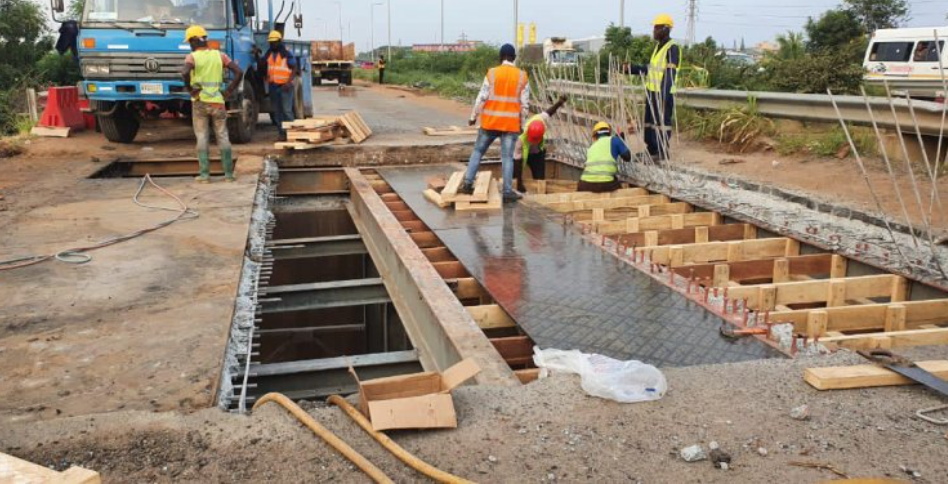 A statement released Tuesday by the Roads Ministry explained that the repair works has become necessary because although one span of the 2-span bridge was replaced with a steel deck in 2014, the steel deck had failed and defects had occurred in the remaining reinforced concrete slab.

The defects on the steel deck have affected the steel beams and welds, the statement said.

Consequently, it said the repair works had become imperative in order to save life and property.

It added that “The Ghana Highway Authority has been working day and night to reconstruct the deck, applying modern technology of concrete production and use to ensure that the road is opened to traffic by Friday, 17s June 2022 at 6:00 am.”

It also noted that traffic management measures have been put in place to alleviate any inconveniences to motorists.

“Contractors working on the Beach Road have been directed to ensure that the dual carriage sections are opened to traffic. The motoring public is advised to use alternative roads such as Fertilizer Road, Tsui Bleoo Road, Spintex Road 1, Teshie Link, Adogon Highway and Burma Camp Roads 1 & 2 and follow directional signs,” it said. 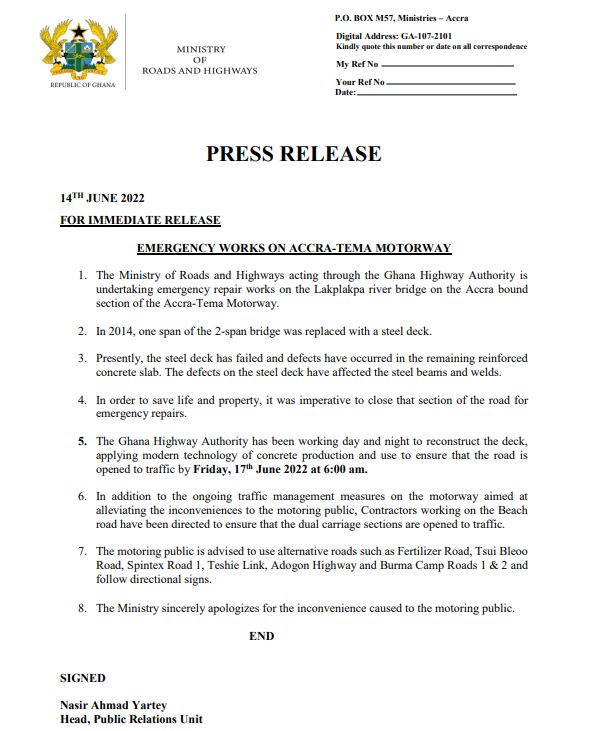