One of the conjoined twins at Ridge Hospital has passed away

One of the conjoined twins at Ridge Hospital has passed away
30.5k Shares

One of the conjoined twins at the Greater Accra Regional Hospital (Ridge), has passed away, Graphic Online has gathered.

There is yet to be an official communication on it but a source has said it happened two nights ago [Thursday, December 1, 2022] during the final stage of surgery to separate them.

Specialists at the Greater Accra Regional Hospital at Ridge in Accra has in the last one and half year been preparing to perform the medical procedure to separate the twins.

They were born at Nsawam in the Eastern Region on March 30, 2021, but were transferred to the Greater Accra Regional Hospital immediately for the necessary medical interventions that was to lead to their separation.

Last Tuesday, (November 29, 2022), it was announced that the Greater Accra Regional Hospital, has so far performed a total of 100 neurosurgical procedures on patients who would have had to travel abroad to seek care.

It followed the installation of neurosurgical equipment at the facility which now enables the performance of surgical operations of conjoined twins and other complex neurosurgical conditions.

The equipment was procured by the government, making Ghana the first country in West Africa and second in Africa after South Africa to have the state-of-the-art facility.

The Minister of Health, Kwaku Agyeman-Manu, said the equipment was purchased because of the high cost involved in conducting surgery on conjoined twins outside of Ghana and the fact that Ghana had medical experts who could perform such operations.

“After the purchase and installation of the equipment, however, such cases are now referred to the Greater Accra Regional Hospital (GARH) where they are able to operate this equipment successfully,” he added. 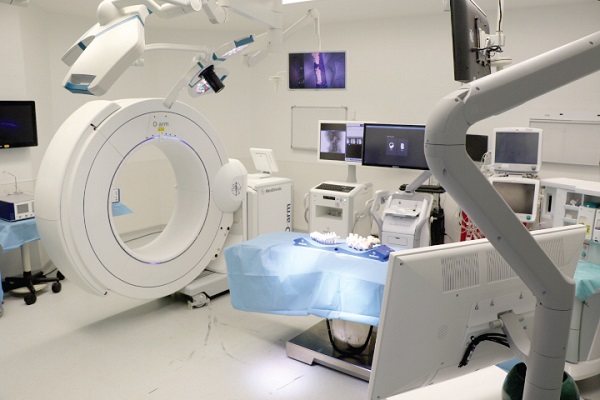 The minister further said that the purchase of the equipment had led to some professional neurosurgeons from countries where they did not have the equipment to come to Ghana to join their counterparts to perform surgeries.

He called for further collaboration between the GARH and the teaching hospitals in the country where cases were being referred from.

The Technical Lead of surgeons at the GARH, Dr Samuel Kaba, and the Technical Director, Dr Emmanuel Sorofenyo, both expressed joy and gratitude to the government for the provision of the medical equipment.

“If the separation of conjoined twins is successful, Ghana will become a centre for medical knowledge,” Dr Kaba stated last Tuesday.