Hamile: 981 parcels of compressed substances suspected to be marijuana busted 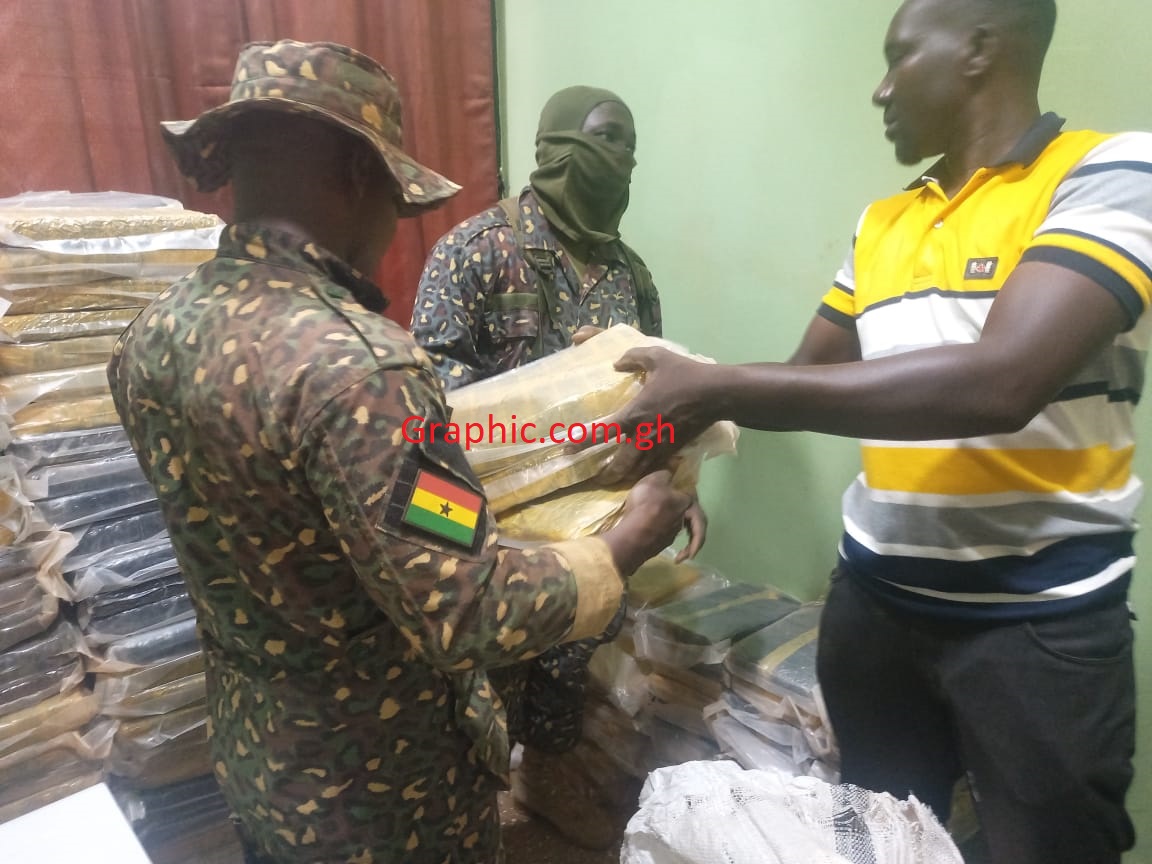 Security personnel deployed to the Hamile Border Post in the Upper West Region for an anti-terrorist threat operation has arrested a man for possessing 981 parcels of compressed substances suspected of be marijuana.

The suspect is said to be dealer of illicit drugs.

He was busted at Liero last Friday.

Liero is a border town near Fielmuo in the Lambussie District in Upper West where trade with the neighbouring Burkina Faso and Cote d’Ivoire flourishes. 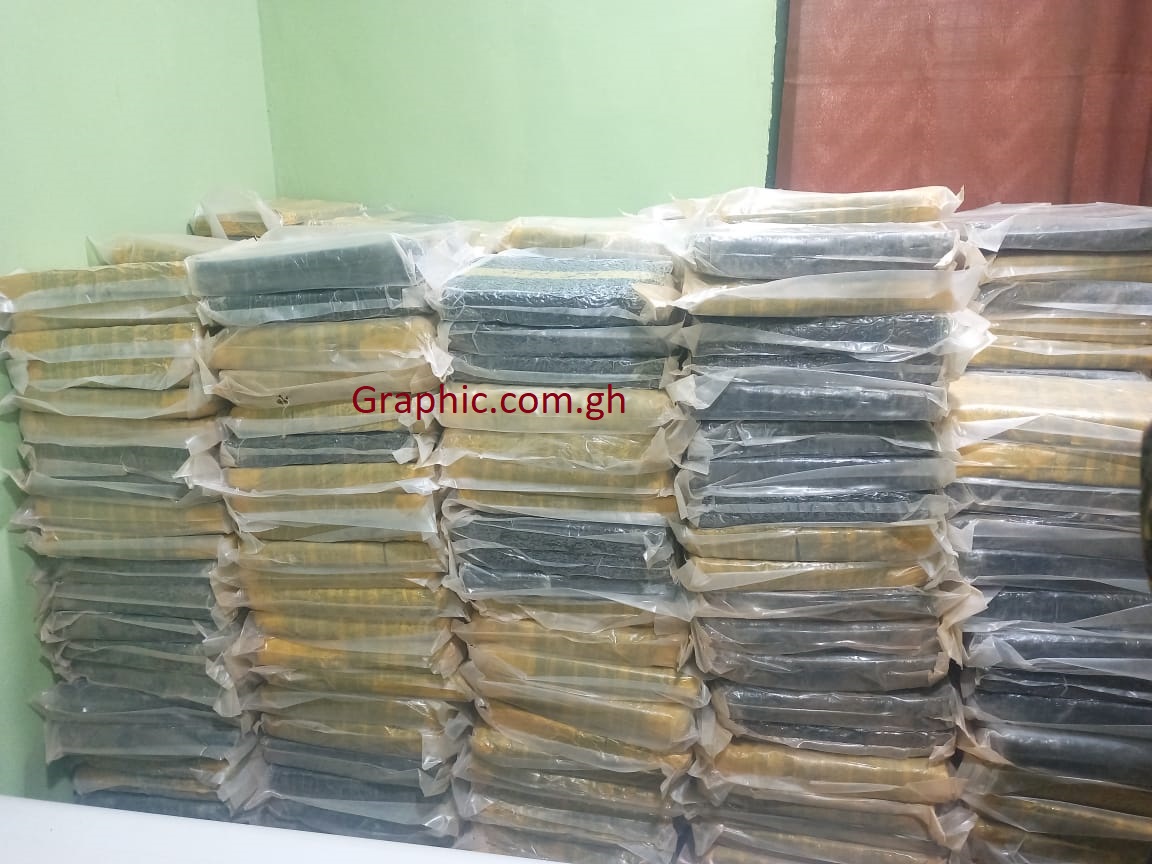 During a search in his house, the security personnel found the 981 parcels, which contained compressed substances suspected to be Indian hemp.

They had been stocked in sacks in most of the rooms.

The Public Relations Officer of the Ghana Immigration Service, Assistant Inspector Yussif Abdul-Mumin told Graphic Online’s Emmanuel Modey that the man, - name withheld - is in custody and the substances have been sent to the forensic laboratory for analysis.

He said that the security personnel who were on one of their usual swoops along the unapproved routes in the area had a tip-off so they called for reinforcement.

Subsequently, the PRO said that they moved into the area of the suspect and arrested him.

He said investigations are still ongoing. 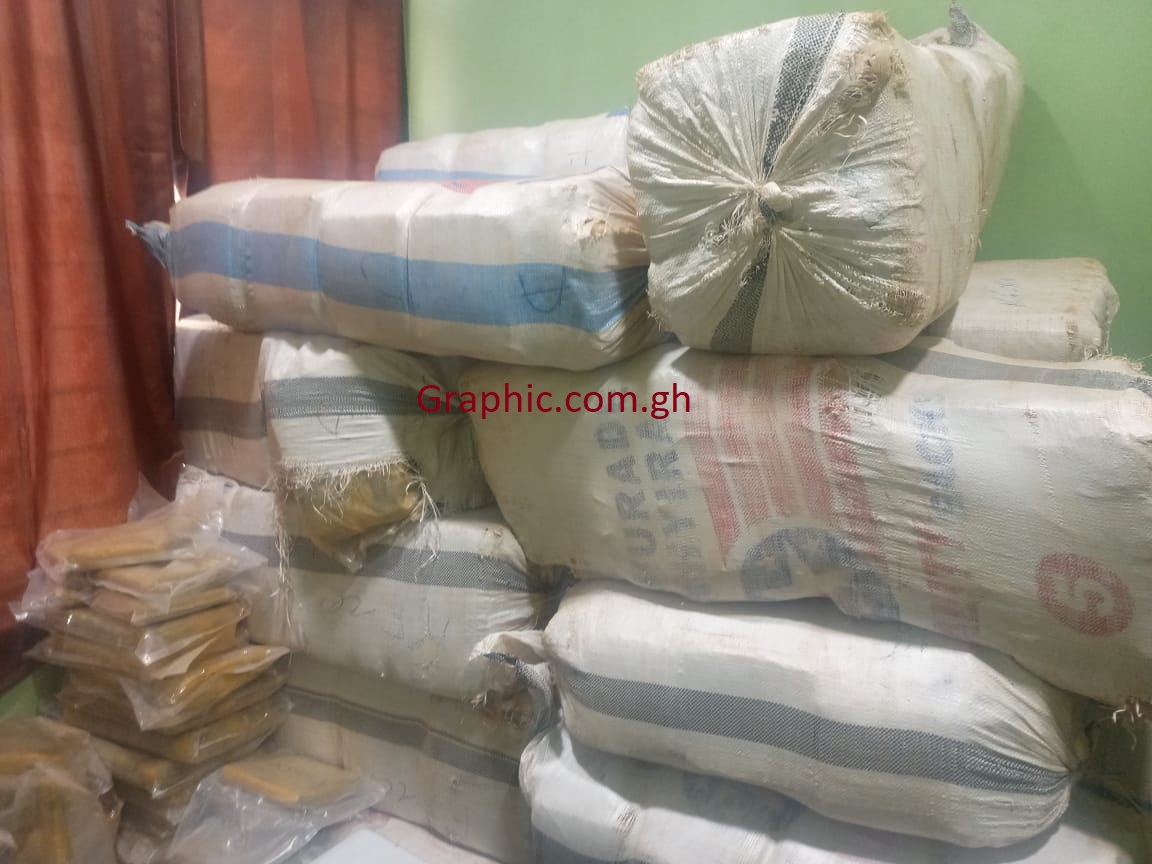