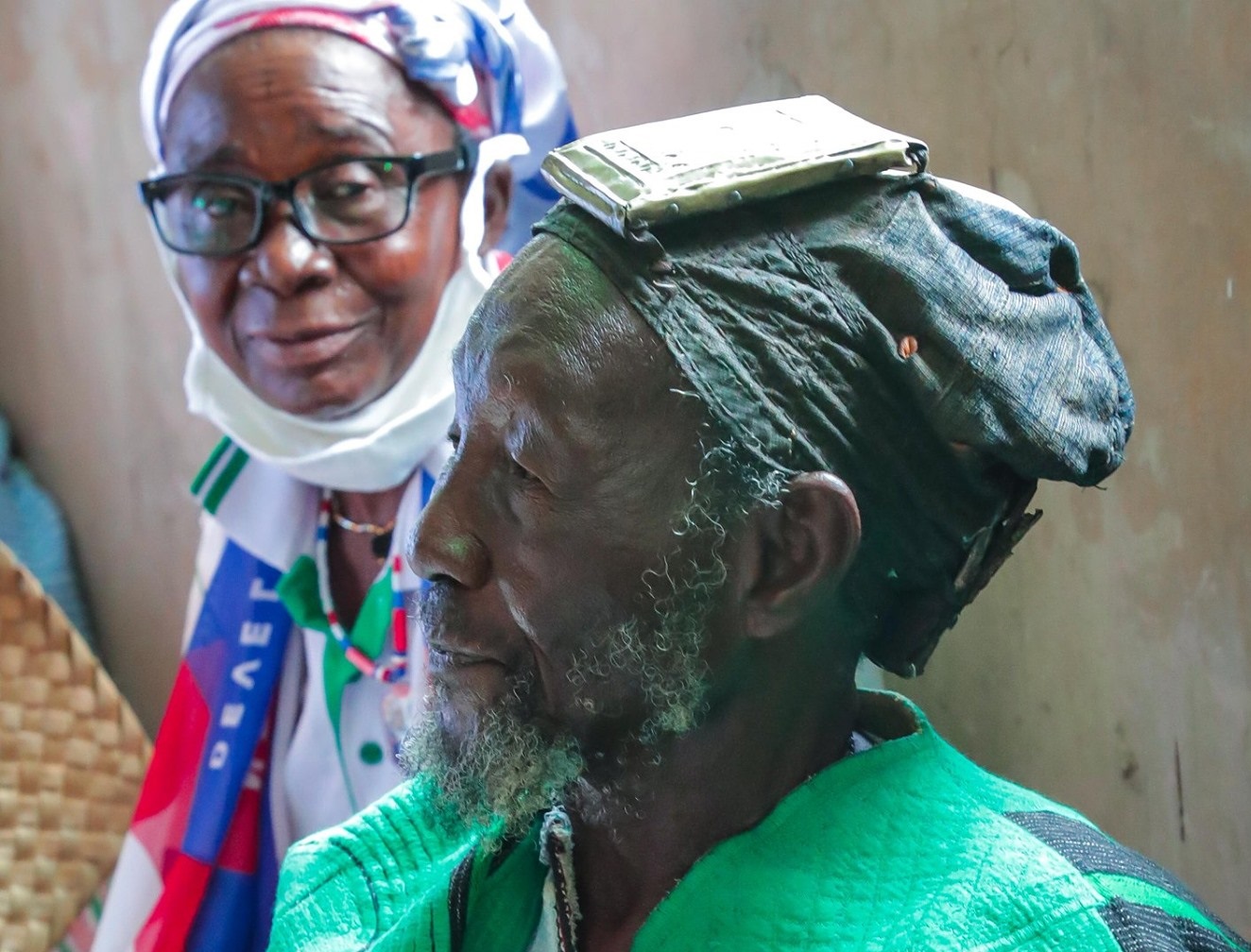 The Overlord of the Mamprugu Traditional Area, Nayiri Naa Bohugu Mahami Abdulai Sheriga has honoured the Secretary to the Vice President, Augustine Blay, and named him the "Maligu Naa" in recognition of his hard work, focus, and dedication to the Vice President and the country.

The Nayiri said Blay has been supportive of the Vice President and thus, acknowledged his efforts by presenting him with a traditional smock.

The Nayiri also urged him to continue with the good works and support to the vice president.

The presentation took place during the inauguration of the North East Regional House of Chiefs in Nalerigu on Wednesday.

Blay, who was adorned in the smock and a matching hat, paid homage to the Nayiri and his elders for the recognition.

"I am very grateful to His Royal Highness, the Nayiri for the recognition and presentation," said Blay.

"I was pleasantly surprised and I very much appreciate the recognition by no other than the Nayiri. I am deeply honored and humbled."

Blay dedicated the presentation to the entire staff of the Vice President's Office, adding that his recognition by the Nayiri is an affirmation of the hard work of his colleagues.

"This recognition is a testament to the great work that the whole staff of the Vice President undertakes every day. I dedicate it to all my colleagues; we have all been recognised."

"The vice president is a great leader who has the country at heart. It is therefore a pleasure supporting him and making sure that his office runs smoothly."

"As we celebrate North East today, I should also like to celebrate all the remaining five regions. I thank God for the life of President Nana Addo and the Vice President for making this day possible."

The Vice President inaugurated the North East and Savannah Regional House of Chiefs in Nalerigu and Damongo on Wednesday.

Today, I inaugurated the North East and Savannah Regional Houses of Chiefs in Nalerigu and Damongo respectively. It was...