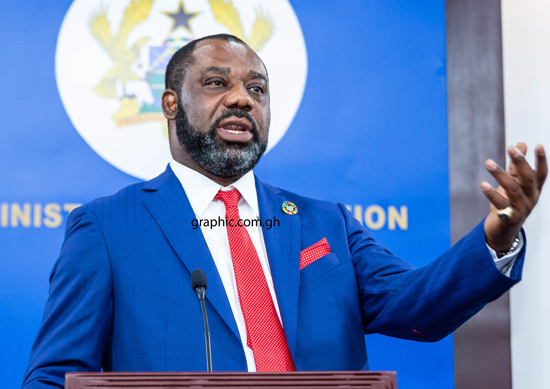 The Minister of Energy, Dr Matthew Opoku Prempeh, has said that the current appreciation of the Ghana Cedi, which has swiftly resulted in the reduction of fuel prices, is good for the nation.

The economic indicators, according to him, showed clearly “that we should expect more decline in the coming days”.

“Fuel prices will go down. It will go down drastically. The indicators are visible,” he assured.

Dr Opoku Prempeh, who is also the New Patriotic Party (NPP) Member of Parliament (MP) for Manhyia South in the Ashanti Region, stated the above while speaking in his constituency in Kumasi, last Friday, at the 2nd Graduation Ceremony of the MP’s ‘Youth Empowerment Project’, a skill development programme for the unemployed.

He noted that aside from the numerous interventions by the government to ensure an appreciation of the cedi and stabilise the economy, it was incumbent on religious bodies and the entire populace to continue to pray and rally support behind the government.

The Energy Minister expressed confidence in the Akufo-Addo-led-government, saying at a time the world was battling with the high cost of fuel, with some governments not being able to meet the demand of their citizens, Ghana’s situation was fairly appreciable.

Dr Opoku Prempeh advised the citizenry to be supportive of the government in the implementation of its development and pro-poor programmes, as well as projects meant to uplift the living conditions of the people.

“Don’t forget that Ghana is the only country we have. We are in the same boat, if it sinks, we sink together,” he advised.

“If you want to win power to rule, tell the people what you can offer in solving their economic woes and stop that propaganda,” he said.

“The ruling NPP government, despite the recent global economic crisis, will deliver on its mandate to the people,” he assured.

Reacting to reports of some recent power outages recorded in parts of the country, the minister said that those experiences were temporary technical hitches and that the perception of some people that the ‘Dum so’ (power outages) era would be revisited was fallacious and should be condemned outright.

“Dum-so, Dum-so will not come back under our watch. We know the dire consequences it had on the ordinary Ghanaian,” he said.