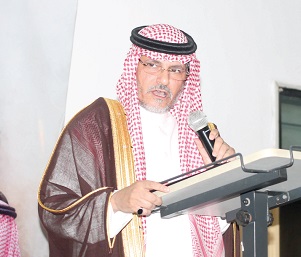 The World Arabic Language Day was commemorated in Accra yesterday on the theme: "The role of Arabic language in the spread of culture, science and knowledge.

The event, which was held at the Department of Modern Languages at the University of Ghana, brought together members of the Arabic community, including some members of staff of the Saudi Arabian Embassy in Ghana, who shared their experiences in learning the language and the significant role it played in society.

The day has, since 2012, been commemorated on December 18, every year to promote the culture and understanding of the language as one of the most important languages in the world.

The commemoration coincides with the day in 1973 when the UN General Assembly adopted Arabic as the sixth official language of the world body.

The Saudi Arabian Ambassador to Ghana, Meshal Hamdan Al-Rogi, said it was his conviction that the acquisition of the Arabic language by Ghanaians could strengthen relations between the two countries.

“The Arabic language could be a catalyst for the strengthening of relations between the Republic of Ghana and all 22 countries that have Arabic as their official language and may also provide job opportunities for the teeming Ghanaian youth," he added.

As part of efforts by his country to promote the use of the Arabic language, Mr Al-Rogi said, his outfit had been supporting the spread of the language by granting scholarships to students who were interested in studying in Saudi universities.

He said as a result of the growing interest, the quota of the scholarship had been increasing annually.

The Director-General of the United Nations Educational, Scientific and Cultural Organisation (UNESCO), Audrey Azoulay, said the Arabic language constituted a link between three countries at the intersection of Europe, Asia and Africa, drawing its strength from a history stretching back to thousands of years.

“Its geographical centrality meant that it was not only the language of merchants but also of scholars, artists and philosophers,” she said.

According to Ms Azoulay, UNESCO’s commitment was to promote cultural diversity in general, and that the Arabic language was not different.

“UNESCO is encouraging everyone to celebrate not only a language but also a culture and, more broadly, emphasise how we need diverse perspectives which are an invaluable treasure and the fundamental prerequisite for lasting peace,” she said.

The Provost of the College of Humanities at the University of Ghana, Prof. Daniel Frimpong Ofori, said the Arabic language could be considered a pillar of the cultural diversity of humanity, as its expression with calligraphy had given rise to fascinating aesthetics in many fields, including architecture.

He said with all the interesting facts about the language, it was only fit and proper that the university added it to the courses of study.