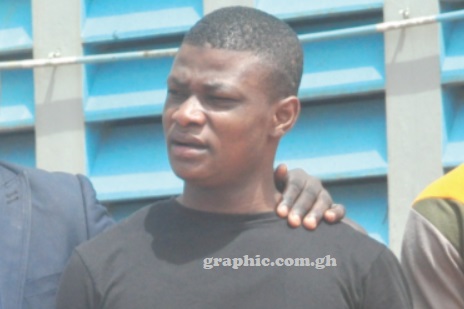 A private legal practitioner has volunteered to represent Daniel Asiedu, the man accused of murdering Mr J B Danquah-Adu, the then member of parliament (MP) for Abuakwah North, paving the way for a jury to be empaneled.

It comes after several weeks of back and forth as counsels from the legal Aid Department were unwilling to represent Asiedu.

It was upon the intervention of the High Court judge hearing the case, Justice Lydia Osei Marfo, who had earlier expressed worry of unwillingness of counsels from the Legal Aid Department to represent the accused person.

The new counsel, Mr Yaw Dankwa, was urged by the presiding judge to take up the defence of the accused person.

The presiding judge said, “I have to put on record that Mr Yaw Danquah has come into this case on behalf of he accused person because of the court’s intervention. I had to plead with him to take up the defence of the accused person when appeared before me in another case, and he gracefully agreed to do that, she said”

At the previous hearing in January this year, Justice Marfo said in spite of writing officially to the Legal Aid Department asking for counsel for the accused, the court did not receive any response, and the lawyer had not been assigned to represent him, a situation which stalled the case.

At the time, she appealed unsuccessfully to a counsel from the Legal Aid Department, who had come to represent another accused person in a different murder case to consider taking up the case

In November last year, Mr Augustine Obour, who had been defending Asiedu close to five years on pro-bono basis, decided to withdraw his services after a video went viral showed Asiedu confessing to killing Mr Danquah-Adu.

According to Mr Obour, he found it very difficult defending the accused person when he (Asiedu) had confessed to the whole world, including the prospective jurors who would decide his fate, about his murderous deed.

Asiedu made allegations of being tortured by one of the prison officers.

The court further ordered the senior prison officer to look into the allegations.

The case has been adjourned to Friday, February 19, 2021 for the plea of the accused person to be taken and for the empanelment of the jury.

The possible jurors were present in the court, and are expected to be present at the next hearing.

Asiedu and one Vincent Bosso have been charged with conspiracy to commit robbery, while Asiedu has further been charged separately of murder.

The two have pleaded not guilty of the charges.

Mr Danquah-Adu was murdered at his residence at Shiashie in Accra on February 9, 2016, exactly five years last Tuesday.

It is the case of the prosecution that Asiedu and Bosso planned to go on a robbery spree, but Bosso changed his mind and went home.

The prosecution said Asiedu went to Shiashie and picketed at the MP’s house to rob.

According to the prosecution, in the course of searching for the items to steal, Asiedu made some noise which woke the MP.

The prosecution said a struggle ensued between the two, leading to Asiedu stabbing the MP in the neck and chest, killing him in the process.