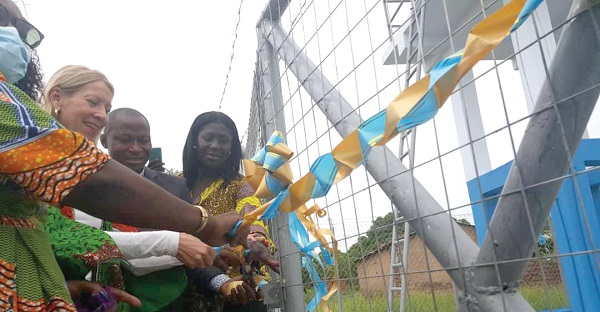 Sorghum farmers have been advised to organise themselves into cooperative groups to enable them to benefit from the micro-credit scheme of the Guinness Ghana Breweries (GGB).

The Managing Director of the GGB, Helene Weesie, gave the advice at a durbar of the chiefs and the people of the Sabule Traditional Area in the Jirapa municipality in the Upper West Region during the inauguration of a water project for the people of Sabule.

Ms Weesie said the micro-credit scheme was an initiative introduced by the company to attract the youth into farming to boost sorghum production and economic growth in the country.

The two solar-powered mechanised boreholes, which have been piped to stands in the farming community, is expected to benefit more than 10,000 people.

The GH¢1.3m project was carried out in collaboration with WaterAid Ghana, an international NGO.

According to Ms Weesie, the project, which is the first in the municipality, was to give back to the people, who are the main suppliers of sorghum for the production of beverages.

She explained that in its relationship with the people, the management of the company realised that the people had difficulty accessing potable water, while issues of sanitation and hygiene were also a challenge, hence the intervention.

“We believe that sustainable access to clean drinking water and sanitation is the bedrock on which to build strong and thriving communities across our operational areas. We pledge our commitment to invest in more communities in our local sourcing areas,” she added. 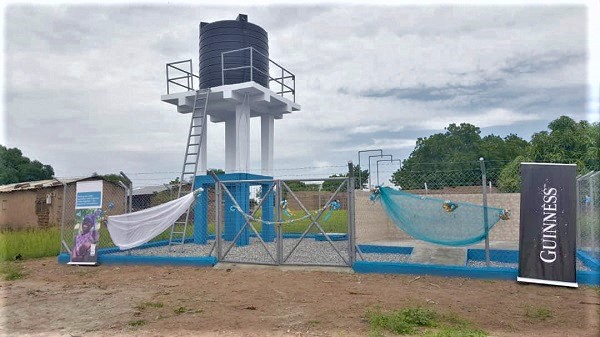 She urged the people to continue to work hard and increase their yield to meet the 900,000 metric tonnes yearly requirement of sorghum by the company for their mutual benefit.

The acting Country Director of WaterAid, Mr Jesse Danku, described the project as significant to the socio-economic development of the area.

He entreated the people to ensure the sustainable maintenance of the facility to extend its lifespan.

The Chief of Sabule, Naa Imoro Gariba, expressed appreciation to the benefactors for the intervention, saying access to potable water had been the people’s biggest challenge for many years.

He appealed to the GGB to also support the people in their farming activities to enable them to produce more to better their lives.

According to Naa Gariba, the cost of land preparation and the rising cost of inputs were eroding their gains.