No kerosene shortage - TOR assures the public, but users complain of scarcity 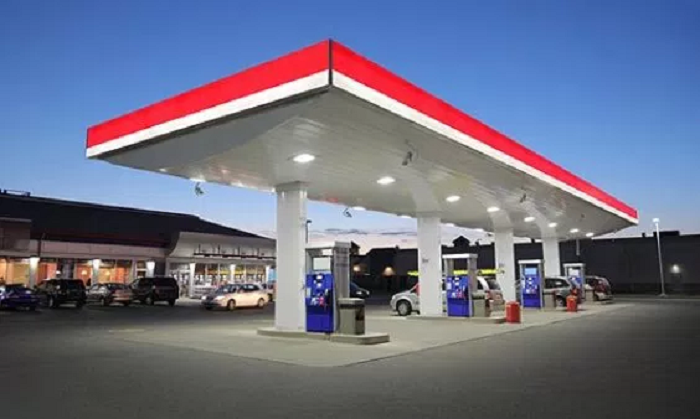 The National Petroleum Authority (NPA) has given an assurance that there is enough stock of kerosene to meet domestic needs for the rest of the year, in spite of some complaints from users that the commodity is not easily accessible on the market currently.

The Communications Manager of the NPA, Mohammed Abdul-Kudus, told the Daily Graphic in an interview yesterday that there was also enough kerosene to fuel the aviation industry for the next four weeks.

“We have enough kerosene supplies that can last for a year and about four weeks’ stock of aviation kerosene, so there can’t be any shortage at the moment,” he said.

The NPA’s assurance comes in the wake of complaints that there is shortage of kerosene, a subsidised petroleum product used mostly in the rural communities for cooking and lighting.

Following up on complaints that kerosene was scarce, the Daily Graphic went round some fuel stations and observed that the unavailability of the product was as a result of most fuel stations decommissioning their kerosene pumps to focus on fuel sales.

This is because the demand for kerosene has dropped due to various reasons.

Many fuel stations in Accra have decommissioned their kerosene pumps and no longer sell the product because people now have access to electricity and gas for domestic use, but some stations still deal in the product, but patronage has been very low.

Also, it was observed that for people who still rely on kerosene and are keen to patronise it, the product is not easily accessible and they have to travel distances to get their supplies.

Shortage or lack of market?

In Accra, Kester Aburam Korankye & Faith Ayorkor Mensah report that although there is enough kerosene in stock presently, there had been shortage in supply over the past few weeks.

A supervisor at a fuel station at Nima, Godwin Quaye, told the Daily Graphic last Sunday that kerosene had been in short supply for about a month.

As a result, he said, many customers who relied on the commodity for domestic activities were disappointed.

He added, however, that last week the station received around 10,000 litres of kerosene from the Tema Oil Refinery (TOR).

"We have kerosene, but it came in only last week. Before then, there was a shortage for about a month," the supervisor said.

At Adabraka, a fuel station attendant who spoke to the Daily Graphic on condition of anonymity said the shortage of kerosene had been persisting for about a year now.
Kerosene, he said, could become scarce for about a month or two and then be in abundance for a while and become scarce again.

"We ran out of kerosene about three weeks ago and we have not received any new supply. But this has become normal for us, since kerosene has been in short supply for some time now," he said.

The dispensing of kerosene is mostly centred in sub-urban and rural communities.

About 10 filling stations visited around the city did not sell kerosene at all, giving the impression that much of the kerosene supplied was sold in the rural areas but not in the city.
Ghana Oil (GOIL) stations visited did not have any fuel at all. There were signs at the entrances of the stations informing customers of fuel unavailability.

Reacting to the observations made by the Daily Graphic, Mr Abdul-Kudus confirmed that most of the dispensing stations that sold kerosene for domestic use had decommissioned or closed down their kerosene dispensers in the last couple of years due to a fall in the patronage of the commodity by consumers.

“Most of them no longer sell kerosene and so you may get the impression that there is some sort of shortage if you visit those dispensing stations, but there is no shortage,” he said.

He said the low patronage and sale of kerosene might have sparked the false speculations that there was a shortage.

From Koforidua, the Eastern Regional capital, Haruna Yussif Wunpini reports that there were large quantities of kerosene in two of the filling stations in Koforidua, Total One and Total Three.

According to the Supervisor of Total One Filling Station, Desmond Addy, the station had 6,000 litres of the commodity in stock.

He explained that people were not buying kerosene as they used to because they no longer depended on kerosene due to the use of electricity and gas, as well as the cost of a gallon of kerosene, which is now GHc46.35, which seemed to be high for users.

He, however, indicated that at certain periods, the commodity was in short supply because road contractors purchased it in bulk to undertake construction works.

At the Total Three Filling Station, the Supervisor, Nelson Tetteh, said there was a large quantity of the product.

In an interview with the Daily Graphic, a user of kerosene, Theresa Asamoah, said she had stopped using the commodity because the price had become too high for her.

Lack of market in Tamale

From Tamale, Mohammed Fugu reports that all the fuel stations which used to sell kerosene to residents have now stopped selling the product due to the lack of a market, since, generally, many people have stopped depending on it.

A visit to notable filing stations in the metropolis, such as Shell, Star Oil, ZEN and Total, indicated that none of them had kerosene in stock for sale.
Supervisors of the stations, who pleaded anonymity, said they decided to stop stocking kerosene because there was a general lack of market for the product in the metropolis.

A fuel attendant at the Aboabo Total Filing Station said: “We used to be the only station in Tamale selling kerosene, but now we have also stopped because there is no market for it.”

Gilbert Mawuli Agbey reports from Bolgatanga that among the about 16 filling stations in the Bolgatanga municipality, only the Total Filling Station close to the Regional Police Headquarters sells kerosene to residents in and outside the town.

The Daily Graphic observed during the visit that most of the filling stations that sold the product in the past had decided to now concentrate on petrol and diesel.

However, some communities still rely on the commodity and trek a distance to buy it, not to talk of the cost of the product, which they consider ‘quite expensive’.

Currently, a litre of kerosene sells at GH¢9.70.

Residents of communities without electricity along the Bolgatanga-Bawku road can get kerosene to buy in either Bolgatanga or Bawku.

A supervisor at the station, Dominic Asasiya, said only 3,000 litres of the 27,000 litres of kerosene brought in March 2022 were currently in stock.

He said due to the expansion of electricity coverage in the area, the purchase of kerosene was not that regular, compared to petrol and diesel, saying: “It is only during market days that we sell more kerosene to especially people from the remote areas.”

“We currently have about 9,000 litres on standby at TOR and we are waiting for what is currently in stock to get finished before transporting it,” he added.

Some residents, in interviews, said it was very worrying that they had to travel long distances to Bolgatanga. particularly on market days, to buy kerosene, since many of the filling stations in their areas had stopped selling it.

Apart from fuel stations operated by Total Petroleum, none of the other oil marketing companies (OMCs) operating in the downstream retail chain deals in the product, in the Western Region, reports Dotsey Koblah Aklorbortu from Sekondi-Takoradi.

In the metropolis, it is only the Market Circle Total Fuel Station that has Kero-facility for the sale of kerosene and customers are mostly from other parts of the region.

According to the Regional Head of the National Petroleum Authority, David Adeenze-Kanga, during its rounds, it came to light that only the Total Market Circle, Takoradi dealt in the product.

“But I cannot confirm other stations in other parts of the region, but they know Total has a facility that deals in kerosene,” he said.