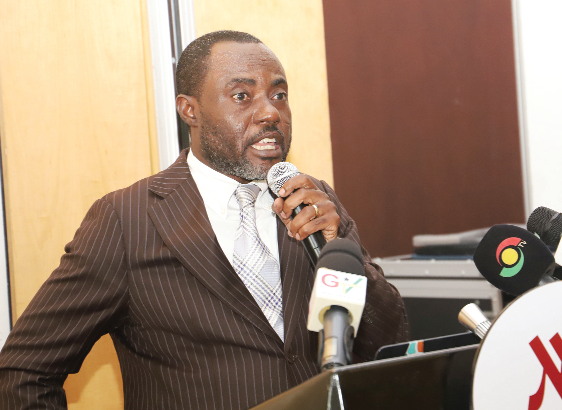 The Ghana Civil Aviation Authority (GCAA), in collaboration with the security agencies, is working to enhance the enforcement of drone directives in the country.

This is to ensure that Ghana’s aerospace is efficiently controlled and kept safe.

The Director-General of the GCAA, Charles Kraikue, told the Daily Graphic on the sidelines of a stakeholders’ breakfast meeting held last Thursday that that had become necessary because while there were rules controlling the flying of drones, they were often overlooked.

“There are rules that control the flying of drones, but these directives are often overlooked by drone operators, a route that needs to be cut short,” he said.

"We are in continuous engagement with the National Security and relevant agencies to enforce the directives on drones. This includes the involvement of the police and the Ghana Air Force in enforcement actions.

Some of the directives that control drone flying are the need for the flyer to be licensed by the GCAA, that the drones should not be flown within 10 kilometres (six miles) of airports or helipads, drone insurance is required, drones do not fly in restricted areas, among others.

The seminar, on the theme: “Maintaining a healthy partnership with our stakeholders: Key for aviation growth”, was organised by the GCAA purposely to brainstorm with industry players on how to make the sector better.

Some of the topics discussed were partnership benefits, collaborations and teamwork in the face of adversities and the pandemic.

It brought together representatives from the security services, logistics firms, airline operators and aviation enthusiasts.

Mr Kraikue further disclosed that the GCAA was working on new technologies that would be drone friendly.

“The drone is also a technology that is useful, so we cannot completely do away with it. We are working on something new which will integrate the use of drones in our airspace, both commercial and non-commercial,” he noted.

Apart from the enforcement and additions, he said, education on safe drone operations would also be intensified.

The GCAA Director-General said there had been some new radar installations, in line with improving the aviation industry.

“The work of the air traffic controller is to communicate with the pilot and the radar system helps you to see to avoid collision of aircraft. Currently, we have one installed in Tamale, the northern sector of our airspace; we have one in Accra, dealing with the southern sector, as well as the oceanic airspace, and then there is one installed as a back-up in Kumasi.

“This will serve both Accra and Tamale, so that our airspace will be safe in terms of communication and surveillance,” he noted.
Touching on the high cost of domestic air fares, Mr Kraikue said talks were ongoing with the various airlines regarding that situation.

“We have had complaints about high cost of air fares, so we are discussing with the airlines to bring their cost breakdown, so that we know what it is they deal with. If there is a way in which we can help them reduce it, then we will do so,” he said.

The Ghana Drone Delivery Service was launched on April 24, 2019 to deliver medical supplies within designated areas in Ghana with the use of drones.

The first drone company, Zipline, in partnership with the Ghana Health Service, operates 24 hours a day.

The Ghana Police Service has adopted drone technology to complement the work of officers on the ground. Drone technology will enable the police to detect and combat crime.

These were chosen out of 977 applications.

Apart from being known mainly for medical deliveries, drones are also used in the entertainment industry, mainly by photographers for shooting.