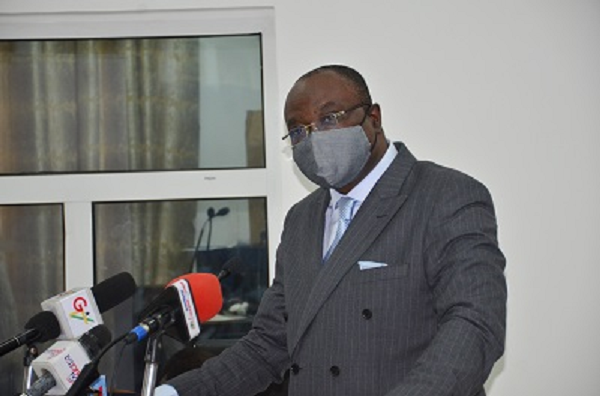 Speakers at a dialogue to commemorate this year’s International Migrants Day have called on the government to expedite work on the Diaspora Engagement Policy to serve as a guide for all diaspora organisations working in the country.

According to them, all Diaspora organisations were working in silos and in order to ensure that the appropriate synergies were created for effective engagement of the Ghanaian Diaspora and people of African descent for national development, it was urgent to finalise work on the single diaspora policy for guidance.

The speakers include Ariana Gasparri from the the United Nations Capital Development Fund (UNFED); Eric Aksoyn from the International Organisation for Migration (IOM); Fatmata Lovetta Sesay from the United Nations Development Programme (UNDP); Mariana Lamptey from the Ghana Investment Promotion Centre (GIPC); Nadia Adongo from the Diaspora Affairs Office of the Office of the President, and Davisha L. Johnson from the African Diaspora Collective, USA.

They discussed and made recommendations to issues centered on economic, human capital, social protection and other salient issues affecting the Diaspora as well as their potential for national development.

International Migrants day is observed every year on December 18, to bring attention to the social and economic realities of migrants around the world.

The dialogue, which took place at the Accra International Conference Centre last Friday, was organised ahead of the day.

It was on the theme: “Migration for the Benefit of All".The dialogue was jointly organised by the Diaspora Affairs Office of the Office of the President, United Nations Network on Migration, and the European Union Delegation to Ghana.

In spite of this, the deputy minister said the government had repeatedly demonstrated its commitment and appreciation for the positive contribution the diaspora played. Giving updates on the status of the diaspora engagement policy, Mr Ampratwum-Sarpong revealed that the policy, which seeks to harness the human and material resources of the diaspora for the socioeconomic transformation of the country, was currently at the draft stage.

He noted that the policy, when adopted, would provide for the leveraging of investment benefit through strategies that promoted Foreign Direct Investment to the country from the diaspora.
He further assured the participants that the policy would soon be submitted to cabinet for approval and would be launched by 2023.

The Chief of Mission of IOM Ghana, Fatou Diallo Ndiaye, urged the government to strengthen its mutual beneficial relationship with the Ghanaian diaspora. The IOM, she said, was providing technical support for the elaboration of the diaspora engagement policy.

She added that her outfit had also worked with the government to facilitate the assignment of over 259 Diaspora experts in the area of health, education, food, security, among others, though its Connecting Diaspora for Development project.

The Head Governance Sector, European Union Delegation to Ghana, Anna Lixi, said the EU firmly believed in strong partnerships to ensure migration was safe. In line with this, she said the EU had entered into a new partnership with government to strengthen the migration governance architecture and increase the impact of remittances in the country.She expressed the EU’s commitment to work with the government to facilitate orderly, safe, regular and responsible migration and mobility of people.