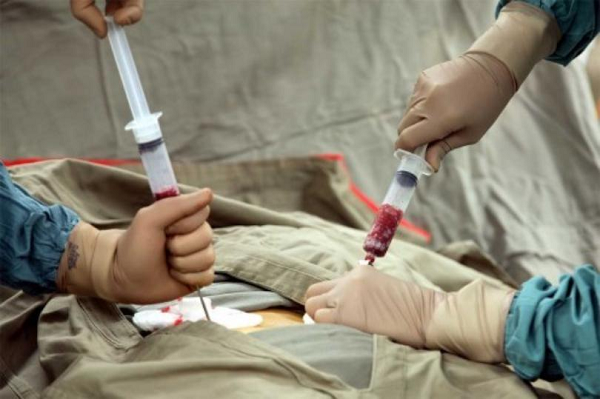 History has been made as the Greater Accra Regional Hospital (Ridge Hospital) has admitted its first patient to undergo the first-ever bone marrow transplant procedure in Ghana at the Bone Marrow Transplant (BMT) centre at the facility.

The procedure, which started early this month, has so far had over 60 applicants, with six from the West African sub-region.

According to the Director of Administration at BMT Ghana, Dr Wisdom Erasmus Boatri, this could be a breakthrough for the medical profession since it was the first of its kind in the sub-region.

He told The Mirror that when successful, it would change the sickling statuses of SCD patients to either sickling negative patients or sickling carrier patients.

BMT or Blood Stem Cell Transplant is a procedure that replaces the unhealthy blood-forming cells in SCD patients with healthy ones.

It is by far the only known cure for SCD and is mostly used to treat patients with severe SCD in Europe and other parts of the world.

Dr Boatri indicated that the  centre had been made successful through a collaboration between the Ghana Health Service, Ministry of Health, the Greater Accra Regional Hospital and BMT Ghana.

Due to the increasing number of patients who have shown interest, in addition to avoiding congestion and ensuring proper monitoring, Dr Boatri noted that the centre would start operations with three patients who would be admitted on a weekly interval.

In the interim, BMT Ghana is giving a $3,000 discount to patients who will be scheduled for the procedure.

Dr Boatri emphasised that the process for a donor match, which is known as Human Leukocyte Antigen (HLA), currently costs about €1,200, and is being offered by BMT Ghana for free.

He urged persons living with SCD to take advantage of the programme in order to determine a perfect donor match.

Dr Boatri also noted that there were thousands of children suffering from sickle cell disease in Africa, and “Sub-Saharan Africa has a dire need for centres capable of offering a permanent solution to this crippling disease, the only one being bone marrow transplantation”.

The centre will be operated on a build-own-transfer (BOT) basis for five years, after which the management of the hospital will take

The doctors and nurses from the hospital will also be trained to enable them to run the centre effectively after it has been handed over to the hospital.

The Medical Director of the Ridge Hospital, Dr Emmanuel Srofenyo, said he found it expedient to have the centre at the hospital.

“I am happy that the Ridge Hospital will be the first to perform such a procedure in the sub-region; thus, placing the hospital in the limelight.

“The centre will provide enormous benefits to both the hospital and patients at large, in addition to the transfer of knowledge and skills among doctors, nurses and allied health staff of the hospital, while giving a relief to sickle cell patients, as well as their parents,” he stated.

He was, however, quick to add that it would place a lot of responsibility on the hospital, but the hospital was up to the task and could deal with it effectively.

Dr Srofenyo mentioned that the hospital was faced with a lot of challenges, key among them being inadequate staffing.

He noted that the facility operated with the same number of staff despite its upgrade to a 420-bed centre.

He indicated that even though the hospital was located at a vantage point, there were no accommodation facilities available for staff.

According to him, those who had chosen to rent close to the hospital were paying very high prices, while others had to travel long distances to work.

The situation, he said, made more nurses request transfers to peripheral hospitals.

Dr Srofenyo further advised would-be couples to make an effort in checking their sickling statuses before committing to a relationship. That, according to him, would reduce the rate of SCD in their children.

The SCD is an inherited blood disorder that affects children, mostly of African descent.

The condition arises from a genetic defect that alters the structure of haemoglobin, the oxygen-carrying protein found in red blood cells.