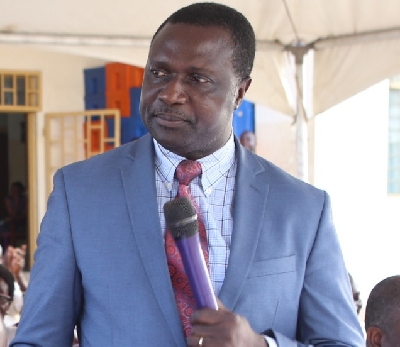 The Ministry of Education is streamlining the food supply chain architecture of senior high schools (SHSs) to ensure effective handling of the food needs of the schools.

In line with that, the ministry is building a database, which will include an automated system that enables the ministry to identify any potential shortages.

The Minister of Education, Dr Yaw Osei Adutwum, who made this known in an interview with the Daily Graphic yesterday, explained that the database would immediately identify shortage of food supply to any school for prompt action.

His remarks came as the Conference of Heads of Assisted Secondary Schools (CHASS) called for the immediate release of funds and food items for the smooth running of schools in the country.

The minister indicated that the streamlining exercise would take effect from the next academic year.

Dr Adutwum said an automated inventory system was being developed, which would trigger notification of potential shortage to the ministry four weeks to the time the food would run out.

“This means that the very moment a school is about to run short, it will automatically pop up to alert authorities for immediate attention to avert a complete run out before the next stocking,” he said.

Dr Adutwum, therefore, appealed to heads of schools to remain calm while CHASS furnished the ministry with the names of schools in dire need of food supply for immediate action.

He said as part of the streamlining system, the ministry was looking for partners “with deep pockets” who could shoulder the bulk supply while the payment system was being worked on.

He said as much as government payment was assured for such partners, it often would require processes, which sometimes could delay, “and that is why we are looking for people who can give government a little more time before the payment is made”.

He acknowledged the fact that even though currently suppliers pre-financed supplies, the situation required that immediately the supply was done, the government needed to reimburse the suppliers, and that sometimes frustrated the system.

Sources at CHASS told the Daily Graphic that the food situation was getting worse for schools, and that there was the need for the government to, without any further delay, release funds to prevent some of the schools from going on early break, as was being contemplated.

According to the sources, the heads of schools had done their best to manage the situation, but as things stood now suppliers were no longer willing to supply foodstuffs to schools as a result of the schools’ indebtedness to suppliers and the low prices paid for their items.

Detailing the development, they said the precarious situation was evident in schools that run the boarding system in the Central, Eastern, Ashanti, Bono, Ahafo, Bono East and the five regions of the north.

The sources explained that although Form Three students had spent about 13 out of the 16 weeks they were supposed to spent in school, no money had come for the purchase of perishable items.

“Out of the GH¢5.56 the government gives for feeding, 30 per cent is given to the school to buy perishables such as tomatoes, fruits, fish, chicken, okro, garden eggs, onions, pepper and other things used in preparing food for students.

“The government supplies mercantile items such as sardines, milk, sugar, margarine, flour, beans, oil, millet, groundnut, maize and so on through the Buffer Stock Company Limited and it takes 70 per cent of the GH¢5.56,” one source said.

It further said the 30 per cent given to schools for the kitchen for the 13 weeks the Form Three students had been in school was yet to come.

Another source indicated that the government was yet to pay for the administrative running cost which took care of stationery, examination, first aid, sports, culture, maintenance, vehicle, building, sanitation and entertainment, among others, for the 13 weeks for the Form Three students.

“The Form Two students too have a problem. It depends on which track a school is running, but most schools are running double track.

“So Green Track Form Two students went to school on July 1 and they have ended their [first] semester, with nothing being paid for them. But the Gold students are currently in school for their second semester and that one too nothing has been paid for perishables and administrative running costs,” it pointed out.

It said the request of heads of schools was for the government to at least pay for the Form Three students to also help cover forms Two and One students as it waited to make releases for the second semester.

The sources were unanimous that the most serious item had to do with the mercantile, as suppliers had stopped supplying them.

That, they said, was because they (suppliers) claimed they could not supply on the prices given to them as a result of increases on the market.

According to them, the schools were in dire need of food, as some schools had, for some weeks now, stopped taking items such as milk and bread.

That, they said, bordered on the health of students and eventually on academic work.