AUDIO: Domelevo was not forced out - Prez Akufo-Addo tells CNN 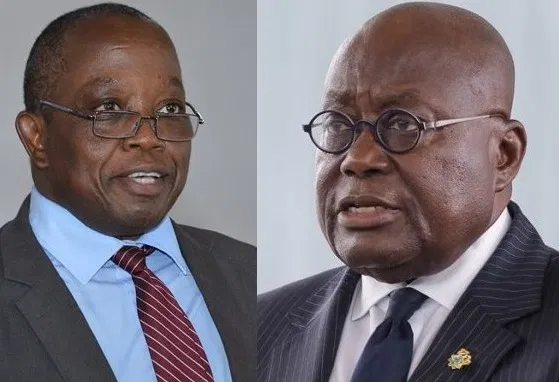 President Nana Addo Dankwa Akufo-Addo has mounted a defence of his anti-corruption record, reiterating that the former Auditor General Daniel Domelevo was not forced out of office.

Mr Domelevo was first asked to proceed on accumulated leave in June 2020 by the President and was later asked to retire on March 3 this year after he returned from leave.

In an interview with US-based CNN on Monday (May 3, 2021), President Akufo-Addo said Mr Domelevo was not targeted but it was due to his attainment of Ghana's national retirement age of 60

“There’s a time for retiring which is prescribed by statute, not my making. If you are 60 years old you are no longer supposed to be able to work in the public service… The Auditor-General, like me, should be some of the first to recognize the laws in our country,” he said.

He added that he was satisfied with his government's fight against corruption so far.

“Am I satisfied that we’ve been effective? I will say yes. A lot has been done, and it is reflected in Ghana’s growing position and rankings of corruption in the world. We’ve gone up several notches since I came into office because we are dealing with these matters at the basic level,” he said.

He also mentioned that anti-corruption institutions in the country were poorly resourced at the time he took over office in 2017, adding that he has ensured that they have been adequately resourced to work.

“For the anti-corruption institutions of our country, when I came into office, [they] were very poorly resourced. We can talk all we like about corruption and make all the wonderful statements but if the instruments at your disposal for dealing with it are weak and blunt, you will get no result,” he said.

Listen to the audio of the CNN interview below;