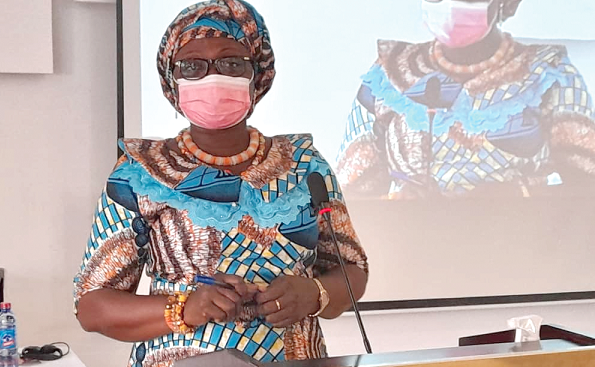 The African Cashew Alliance (ACA) has called on African governments to provide an enabling policy environment conducive for business to help position African cashew producers among the leaders in cashew production in the world.

This, ACA believes, is critical to help African countries involved in the cashew industry, fully take advantage of the booming market for cashew in Europe and the USA.

The Managing Director of ACA, Mr Ernest Mintah, while acknowledging the development in Ghana’s cashew sector with the inauguration of the Tree Crop Development Authority (TCDA), said it was not enough as an unwavering support was needed to make it become operational and to be able to fulfil its obligations.

“There is the need to not only set up the relevant bodies such as the TCDA and other newly created cashew development authorities in other African countries, but it is important to provide them with the needed support and tools to function so they can play their roles effectively and help drive Africa’s cashew industry,” he stated.

Mr Mintah made the call when he addressed via webinar, Session two of the 10th Edition of the Master Training Programme on the Cashew Value Chain Promotion in Sunyani last Friday.

The programme was organised by the Competitive Cashew Initiative (ComCashew) in collaboration with the ACA, in partnership with the Ministry of Food and Agriculture (MoFA) and the Cocoa Research Institute of Ghana (CRIG),Tafo and funded by the German Federal Ministry for Economic Development (BMZ) and the Swiss State Secretariat for Economic Affairs (SECO).

Participants from Ghana convened in Sunyani for the five-day training.

Mr Mintah said setting up strong structures to drive the sector in Africa had become necessary, as despite the increasing demand for cashew kernel in Europe and the USA, Ghana and other African countries who were involved in the cashew sector had not been able to take advantage to benefit from it.

He blamed that on the absence of market infrastructure, inefficiencies of the global value chain in the cashew industry, as well as the very low level of value added on from the African market.

The situation has been further negatively impacted by the COVID-19 pandemic, which has exposed the weakness of the cashew sector in Africa.

“The absence of market infrastructures, the inefficiencies of the global cashew value chain, the very low level of value addition in Africa, and the absence of harmonised policies and regulations meant that Africa could not take advantage of the rising demand and consumption of cashew kernels in Europe and the US in the wake of COVID-19,” he explained.

Vietnam and India are the key competitors for emerging suppliers of cashew nuts to Europe.

These two countries supply more than 90 per cent of all cashews to Europe, followed by Brazil, which has a market share of approximately three per cent.

Apart from these three leading suppliers, no other country, including those from Africa, hold a European market share of more than one per cent.

Ironically, in order to utilise its many shelling facilities, Vietnam imports in-shell cashew nuts from Cote d’Ivoire, Tanzania, Ghana and Nigeria among other producing countries.

Mr Mintah cited this situation, emphasising that Ghana and Africa stood the chance to improve their gains at the world market and not allow Vietnam to dominate if the right structures were laid and value was added to the cashew produced.

The Bono Regional Minister, Ms Justina Owusu-Banahene, said the cashew industry had undergone a lot of transformation in the region with the introduction of improved technologies along the value chain.

“The industry has provided income for a number of people in the region and beyond. The unexploited potential of the industry even presents more opportunities for employment generation,” she observed.

Ms Owusu-Banahene gave an assurance that once the TCDA fully began operation with the right regulatory structures and policies, it would empower local cashew producers, processors and all actors in the local cashew value chain.

That, according to her, would enable Ghana to become a trailblazer for its sister nations so that “the West African sub-region could reap the full benefits of the sector for its over 1.8 million people whose main income depended on cashew.”

The Director of the Department of Crop Services of the MoFA, Mr Seth Osei Akoto, urged the participants to utilise the skills and knowledge gained during the training in order to set them apart as changemakers in the cashew sector in the respective countries.

During the programme, participants in Sunyani undertook a field trip to the Wenchi Agricultural Station as part of the training, during which they were practically trained in improved planting material development, good agricultural practices in cashew, pest control and pruning, among others.