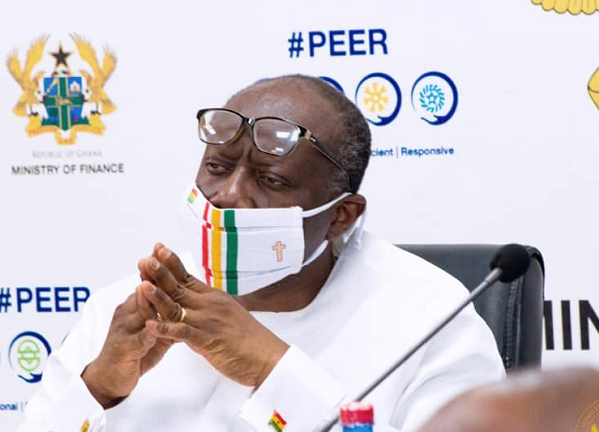 The government has maintained that the approval of five agreements to allow a special purpose vehicle (SPV), Agyapa Royalties Limited, to leverage Ghana’s mineral royalties to secure about $1 billion is in the best interest of the country.

At a press briefing held at the Ministry of Finance in Accra yesterday, the minister dispelled some public assertions that the deal was shrouded in secrecy and raised conflict of interest issues.

He stressed that due procedure was followed in enacting the Minerals Income and Investment Fund (MIIF) Act, 2018 (Act 978) and the subsequent approval of the five agreements that paved the way for Agyapa Royalties to own the rights to mineral royalties in the country.

“This deal is not hasty, it is not rushed and not shrouded in any secrecy because we have been working at it since 2018. We are confident that Agyapa is going to be the largest company in Africa in the mineral royalty space and it is in the best interest of this country,” he stressed.

On Friday, August 14, this year, Parliament approved five agreements to allow the country to derive maximum value from its mineral resources and monetise its mineral income accruing to the state in a sustainable and responsible manner.

The yields accruing could also be used to finance large infrastructural projects by the MIIF.

By that agreement, Agyapa, which will operate as an independent private sector entity, will be able to raise funds from the capital market, both locally and internationally, as an alternative to the conventional debt capital market transactions.

Following the approval of those agreements, some groups, including the Minority in Parliament, the National Democratic Congress (NDC) and some civil society organisations (CSOs), raised concerns that the agreements were opaque and amounted to the mortgaging of the future of the country.

Responding to those concerns, Mr Ofori-Atta said the issue of disclosure of beneficial ownership of the Agyapa Royalties transaction was a non-starter because the government was the owner of the company.

Touching on claims that the deal was rushed through Parliament, the Finance Minister said the facts pointed to the contrary because stakeholders, including the Attorney-General’s Department, the Minerals Commission, the Ministry of Lands and Natural Resources, the Bank of Ghana and the Ghana Revenue Authority (GRA), had all played key roles since the process started in 2018.

Mr Ofori-Atta described the deal as timely because gold prices were higher and the country could benefit more from the royalties.

He also said returns from the deal would be used for capital expenditure in four critical sectors – education, health, housing and infrastructure, mostly in mining companies.

Additionally, he said, jewellery companies and refineries would be established to promote value addition in the gold value chain.

On concerns about possible conflict of interest situations in the Agyapa Royalties deal, a Deputy Minister of Finance, Mr Charles Adu-Boahen, said such a situation would not arise.

On the specific issue of the Senior Minister’s son, Mr Kofi Osafo-Maafo, being made a consultant to the deal, he said due procedure was followed to hire him based on his competence in fund management and securitisation.