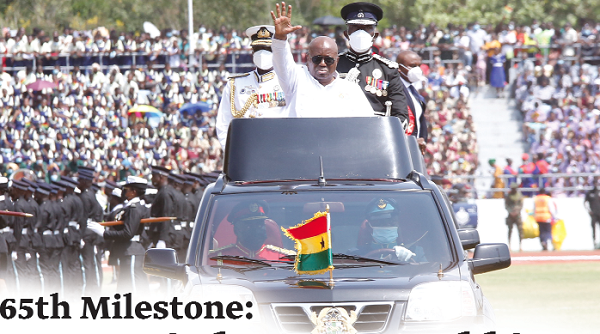 President Nana Addo Dankwa Akufo-Addo has expressed optimism that the country will bounce back from the current economic challenges.

While acknowledging the enormity of the economic challenges, he rallied Ghanaians to work together to ensure that the difficulties were overcome.

“I know we are capable. I believe in the can-do spirit of the Ghanaian, the first people in sub-Saharan Africa to rid ourselves of the shackles of imperialism and colonialism. Ours is a bright future, and I am confident that our years in Mother Ghana will be great. Let us work together and bounce back together, the battle is the Lord’s,” he said.

Addressing the 65th Independence Day parade in Cape Coast yesterday, the President said: “We will find Ghanaian solutions to our Ghanaian problems.”
The anniversary was on the theme: “Working together; Bouncing Back Better”.

President Akufo-Addo indicated that over the last two years, the world had been confronted with multiple challenges that had dislocated many economies globally. 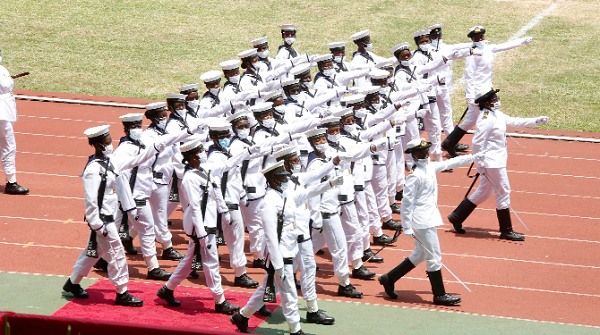 He traced the economic challenges to the COVID-19 pandemic, the disruption of the global supply chain and the global financial system; the opening up of a huge funding gap for many countries, the erosion of fiscal space, the widening of fiscal deficits and increased public debt levels resulting in the rising crude oil and fuel prices, and depreciation of currencies.

“There is erosion of the fiscal space and the widening of fiscal deficit and increased public debt levels. We are seeing rising crude prices, rising cost of fuel, rising cost of items and the depreciation of currency.

“In as much as these are happening around, the government of Akufo-Addo has not thrown out its hands in despair. We are not looking for the easy way; we are determined to be more reliant and in the process find Ghanaian solutions to Ghanaian problems,”President Akufo-Addo said.

President Akufo-Addo expressed concern that although taxation was a major vehicle to raising revenue to develop the country, many Ghanaians were opposed to the system.

“Very few will then take the next further step to accept that revenue mobilisation will happen principally through taxation in our society. We have, unfortunately, not yet reached the stage of universal acceptance of taxation as a matter of public good,” he said.

President Akufo-Addo said it was unacceptable that less than 10 per cent of the population, that is about 2.4 million people, carried the direct tax burden of 30.8 million people.

He stated that the country’s tax-to-GDP ratio of 12.2 per cent compared unfavourably with its peers in the world.

Citing the Asian Tigers as best practice, the President indicated that economies such as Hong Kong, Taiwan, Singapore and South Korea relied on taxation to finance their development.

Already, the President said the government had made considerable progress.

"We are processing more of our cocoa in Ghana than any other time in our history. The One District, One Factory initiative which has seen the ongoing construction of 278 factories across the country and 106 completed is part of the foundation on which we are building a comprehensive industrialisation programme inspired by the development of strategic anchor industries such as the emerging automotive industry and the coordinated exploitation of our bauxite and iron resources," he stated. 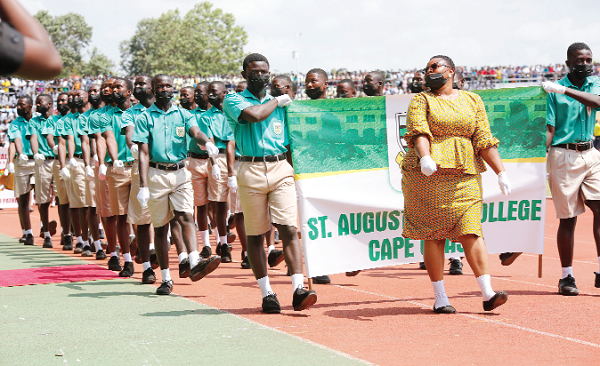 President Akufo-Addo further stated that the government had opened up the country through the construction of roads and increased efforts at digitalisation to enhance transparency and efficiency in the public sector.

President Akufo-Addo called on Ghanaians to jealously guard the peace the country had enjoyed and ignore calls for a military intervention.

He said it was worrying that there were some "restless spirits" who sought to exploit the current difficulties confronting the nation and make a call for military intervention.

While calling on all persons and institutions committed to democratic values to resist the claims of "adventurers," the President promised that he, for his part, would employ all legitimate means in a democracy to keep the nation's democracy.

President Akufo-Addo said despite differences in opinions, unity was needed to forge ahead as a nation.

He stated that there should be no circumstances where anyone or group of persons should run down the country to achieve a narrow and parochial interests.

He said it was time for Ghanaians to re-orient their thought and work to correct all mistakes and strive to achieve national prosperity.

Examining what patriotism held for national development, he noted that it was important to act to set things right and find out where wrong choices were made.

“When we make the wrong choices we must act to set it right; when those put in charge of running affairs get it wrong they must have the courage to say so; that is our patriotic duty and call," he stated.

Recounting the history of the nation's struggle for independence from the Aborigines Rights Protection Society to the formation of the United Gold Coast Convention (UGCC) and the Convention People’s Party (CPP) as well as other events leading to the declaration of independence by Dr Kwame Nkrumah, he said the sacrifices the people made in those days must make all Ghanaians love the country.

President Akufo-Addo said the eventual formation of the CPP and the declaration of Positive Action led to the emergence of Dr Nkrumah as the leader of the nationalists movement in succession to Dr J.B. Danquah.

"He led it with verve and on 6th March 1957 stood at the Old Polo grounds to make the historic declaration of Ghana’s freedom for which the Ghanaian people will forever remain in his debt," he stated.

The President emphasised that the patriotism of the nation's forebears “must compel all and impose on all of us the need to work as Ghanaians with a love for the country’s forward march.”

On regional stability, President Akufo-Addo said recurrent terrorist attacks which were moving gradually southwards in the region towards the coastal states were worrying.

"All our efforts at transforming the Ghanaian economy and putting our nation back on the path of progress and prosperity would be rendered futile if we are unable to secure our borders and give you the Ghanaian people the serenity to go about your daily activities in an atmosphere of peace and security,” he said.

On that score, he gave the assurance that the government was determined to do everything within its powers to guarantee the nation's territorial integrity and ensure the safety of citizens.