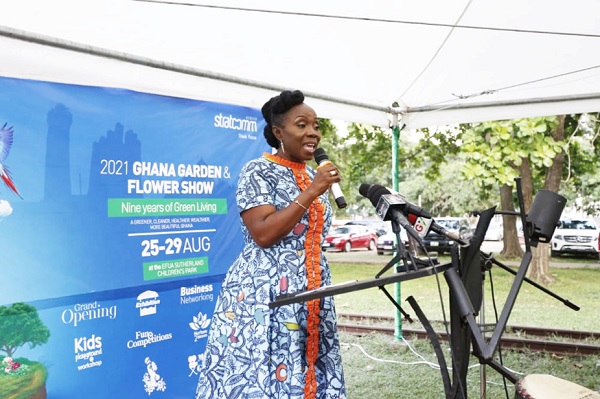 Some flowers drive away evil spirits, protect the home from insects and snakes.

According to some horticulturists, florists, gardeners and flower enthusiasts, flowers also bring nature alive wherever they are planted and nurtured properly.

In an interview with The Mirror a Crop Scientist, Mr Emmanuel Adjei Osekre, a lot of local plants also repel mosquitoes and insects.

For instance, he said some studies done had shown that the Acheampong leaf repels mosquitoes while lemon grass drives away snakes.

A participant admiring the beauty and smell from a scented plant

Even though he could not confirm whether some plants and flowers drive away evil spirits, some flower enthusiasts and landscapers believe that some plants perform such functions.

They were speaking in an interview with The Mirror in relation to this year’s Ghana Garden and Flower Show (GGFS).

Speaking at the exhibition stands during the launch of the GGFS in Accra on Wednesday, the owner of Pottinated Gh, a flower and garden company at Adenta in Accra, Mrs Esther Bamford-Laryea, said it is believed that plants like garlic plants drive away evil spirits.

She said flowers offered some form of protection and security for homes and offices.

The Vicks plant drives away snakes

She also cited plants such as lavender, marigolds, citronella grass or lemon grass, rosemary, and mint as mosquito repellents when planted in homes or offices.

Benefits
Apart from their aesthetic nature, Mrs Bamford-Laryea said the benefits that flowers and gardens offered were enormous.
“There was a day I was down and stressed, then came out to see one of my flowers blossom, I was so glad,” she told The Mirror.

According to Mrs Irene Vinorkor, a landscaper with the Flora Exotica, a flower like Vicks plant, usually grown at specific places in the house drives away reptiles such as snakes far away.

Its fragrance can also clear up sinuses and ease congestion in the respiratory tracts. 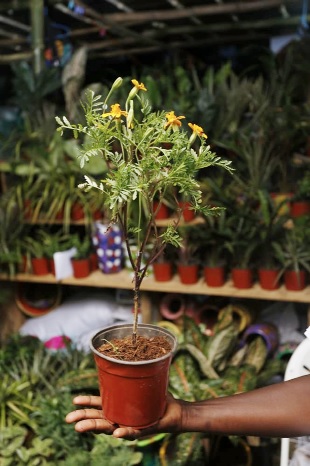 Marigold repels insects such as mosquitoes.

The scent from the popular Queen of the Night flower and Jasmin gives a good smell to houses, rooms and offices.

Gardens
On the need to have gardens in homes or offices, Mrs Bamford-Laryea said they offered a lot of benefits to individuals, homes and communities.

With as low as GH¢10, GH¢20, she said one could begin a garden in their home or wherever convenient, noting, however, that some of the flowers could sell for as high as GH¢1,000, depending on how one wanted to begin.

The show was put together by Strategic Communications Africa Limited (StratComm Africa) and the Ghana Garden and Flower movement.

It was meant to whip up the interest of Ghanaians in flowers and gardens. 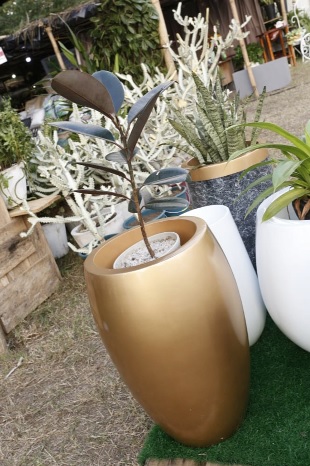 Potted plants can be kept indoors or outdoors

This year’s show, which is a celebration of previous successes of the annual event, is on the theme: “9G: Nine years of green living.”

This year, more than 100 exhibitors and promoters showcased varieties of local and foreign flowers grown mainly indoors and outdoors.

National development
Speaking at the launch, the Chief Executive Officer of StratComm Africa, Ms Esther Cobbah, said the Ghana Garden and Flower movement and show was not only about flowers but also national development. 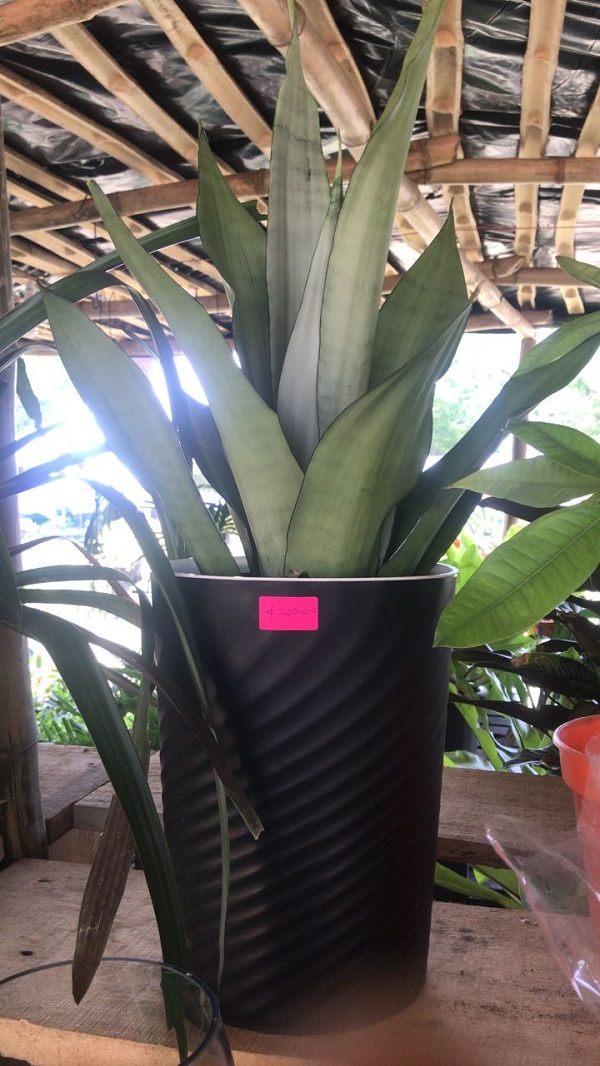 She indicated that the flower and horticulture industry offered a lot of tourism opportunities for the country, hence the need for the nation to invest in the sector.