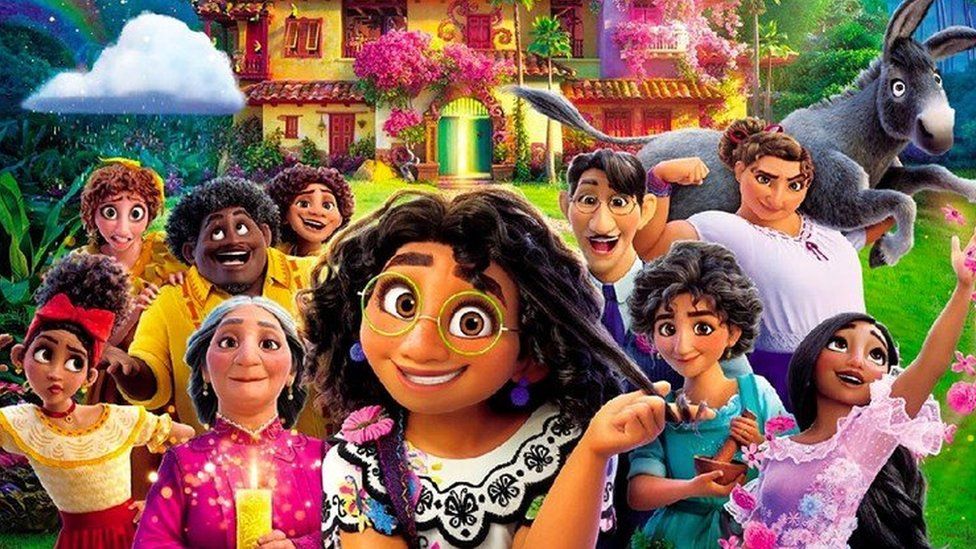 Disney will launch a new ad-supported streaming service in the US in December, as it overtakes Netflix in the race for subscribers.

The firm said it had 221.1 million subscriptions across its three streaming platforms as of 2 July.

That contrasts with rival Netflix which has been losing customers.

But Disney warned that its loss of streaming rights for cricket in India would reduce its subscriber growth compared to previous forecasts.

The firm, which also owns general audience television platform Hulu and the sports-focused ESPN+, said demand for its Disney+ product remained strong.
The company added 14.4 million Disney+ accounts in the quarter, many of them outside of the US - far more than analysts had expected.

Later this year it will launch a new ad-funded service, which will still be charged at the current subscription rate of $7.99. The charge for the ad-free service will rise to $10.99 per month.

The firm plans to launch its ad-funded service outside the US next year.

Executives said they do not expect the rise in prices to put off customers over the long term. The firm is also seeing strong interest from companies hoping to advertise on the new service, they said.

"We are in a position of strength with record upfront advertising commitment," Chief Executive Bob Chapek told analysts in a conference call to discuss the firm's financial results.

Disney's subscriber gains have come at a hefty cost, with its streaming business losing $1.1bn in the quarter.

Executives said they expect losses to peak this year, In the meantime, a strong rebound in attendance at its theme parks since the worst of the pandemic has provided the firm with a large financial cushion.

Shares in the company jumped more than 6% in after-hours trade after the firm shared its results.

Paolo Pescatore, analyst at PP Foresight, called it a "pivotal moment in the streaming wars" saying Disney had more room to grow than arch-rival Netflix.

Netflix lost nearly one million accounts in the most recent quarter, putting its membership total at 220.67 million.

That is just behind Disney at more than 221 million subscriptions. Disney counts each subscription to a streaming platform separately, meaning customers who pay for more than one service are counted more than once.

"The results firmly underline my belief that Disney is at a different phase of growth to Netflix," said Mr Pescatore. "There are still millions of users to acquire as it continues to expand into new markets and rolls out new blockbuster shows."