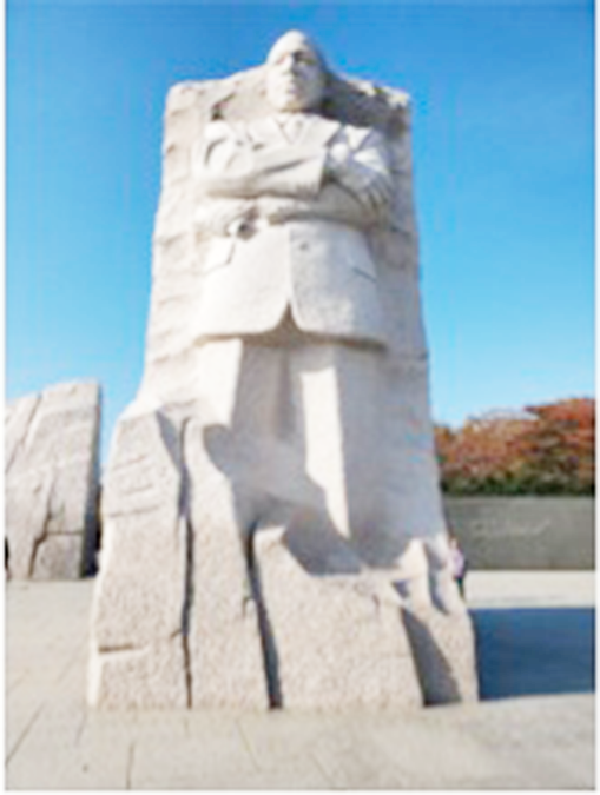 Today's column on Logic is the 7th topic in the series on “Universal intellectual standards for critical thinking”.

After Clarity, Accuracy, Precision, Relevance, Breadth, and Depth, the concluding three will focus on Significance, Fairness, and Reflection. All that serve as preludes to a c­­ourse I teach, namely, “Creative and Critical Thinking.”

A stimulating book came out this year by one Adam Grant titled Think Again.

Sub-titled The Power of Knowing What You Don’t Know.

The author agreed that everyone is entitled to their own opinions — when the opinions are inside our own heads; but if we choose to express them out loud or act on them, it is “our responsibility to ground them in logic and facts.”

In thinking through our own thoughts, it’s amazing the likelihood of updating our minds when we recognise and invite the better cognitive angels in as guides.

Thoughts percolate the mind, heart, and hands — and control the action or inaction of the whole body itself, so logic as a tool in critical thinking is vastly important.

Whatever controls speech and behaviour needs guard rails to prevent the slump into disaster.

The logic the best thinkers use questions such as these: Does what I’m thinking make sense?

Does what we are doing make sense?

Does what we are discussing align with the question to be addressed?

Do the various pieces fit together in a functional way?

Are we pushing round pecks into square holes?

How does the solution proposed address the problem at hand?

Critical thinking does not happen by itself; it has to be worked at each day as a habit.

There’s nothing more peevish than a grown person, supposedly qualified for the job they do, look you in the eye and say, “That’s how we’ve always done it.”

Albert Einstein famously questioned the illogic [that is, the invalid or incorrect reasoning] in doing things the same way and expecting a different result.

That brings into question the need for the mindset to shift from silly and parochial beliefs into the new.

Illogic, some US wars

In a recent conversation with some American educators, I noted the opportunity costs of the vast sums wasted in producing and exploding bombs.

It had cost US$168 billion or US$1 trillion today.

The war mongers did not learn from that costly experience and expected a different outcome in the war in Afghanistan and Iraq.

In the Afghan tragedy alone, Brown University researchers estimate that “more than $500 billion in interest has already been paid (included in the $2.26 trillion total sum), and they figure that by 2050 the cost of interest alone [on] Afghan war debt could reach $6.5 trillion.”

When the explosive dusts settled, the wars had achieved no purpose and that brought to mind a quote from the civil rights icon Rev. Martin Luther King, Jr:

“Rarely do we find men who willingly engage in hard, solid thinking.

There is almost universal quest for easy answers and half-baked solutions.

Nothing pains some people more than having to think.”

In February 1964, Lee Kuan Yew of Singapore sounded the first alarm of the illogic of how Ghana’s best and brightest brains were riveted behind desks copying Latin and Greek verbs and filling in the blanks.

In the process, agriculture — the nation’s most visible endowment — was abandoned to the hoe and cutlass drudgery of poor peasants.

Without competing on the world stage or meeting the growing local demand — in terms of large-scale rice, corn, cotton, and other lucrative agricultural inputs — he questioned the misalignment.

He saw the imperative for growing local agri-industries for value addition in Ghana or the listing on the commodity exchanges in suitable markets.

According to Knoema, the import quantity of rice alone by Ghana increased from 24,000 tonnes from 1971 to 950,000 tonnes, and growing at an average annual rate 12.53 per cent, and exhausting Ghana’s meagre foreign exchange reserves.

Illogic of analogues in digital age

E.F. Schumpeter coined the term "creative destruction," a process in which the old ways of doing things are destroyed and replaced by more creative and productive means led by new technology, processes, equipment, etc.

I remember the produc­tive gains as a teacher when I purchased my first desktop computer in the 1980s.

The first thing was to disuse the old typewriter in favour of the ubiquitous word processor.

It’s disappointing to visit schools across Ghana today and find that even in the rare cases where there are computer labs, the computers are not made accessible to students.

In sum, we have analogue heads and teachers pretending to teach a digital generation.

Considering the logic for developing countries to leapfrog through technology, it’s amazing how, in the year 2021, about 40 years or more since the introduction of word processors, a good many teachers are still stuck with handwritten (not even typed) Schemes of Learning/Weekly Forecasts, Lesson and teaching notes, etc.

Teacher training colleges need to support the new teachers with technology! And the teachers already in practice — in both the public and private schools — need to be helped to step up and engage with technology to help the youth to succeed.

Given the facts, the lack of critical thinking in key deliberations and decision making is illogical.

It does not make sense!