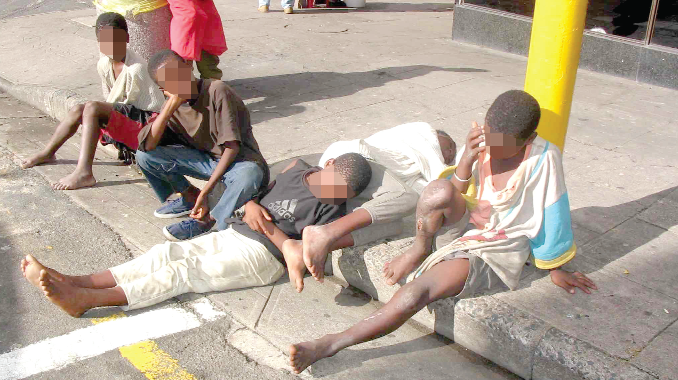 Wikipedia, the online free encyclopedia, defines parenting (or child rearing) as the process of promoting and supporting the physical, emotional, social and intellectual development of a child from infancy to adulthood.

In fact, it sees parenting as the aspects of raising a child apart from the biological relationship.

According to the encyclopedia, the most common partaker in parenting is the biological parent(s) of the child in question, although others may be an older sibling, a grandparent, a legal guardian aunt, uncle or other family member or a family friend.

Governments and society take a role as well. In many cases, orphaned or abandoned children receive parental care from non-parent blood relations.

There are different styles of parenting. There are some parents who are very rigid and strict. They place high demand on the child, but they are not responsive to the child.

When the rigid rules that they make are not followed to the letter, stiff punishment is administered to promote future obedience.

“No watching of TV in my house, no playing, no visitations, etc.” These are examples of some rigid rules of an authoritarian parent.

There are other parents who are neither “too hard” nor “too soft”. They are aware of their children’s feelings and capabilities and support the development of the children’s autonomy within reasonable limits. In other words, they are quite liberal.

Some parents also highly value the freedom and the autonomy of their children to the extent that they (the parents) would not like to “offend” their children in any way, thereby pampering them. Such children are normally called Dada-ba [Daddy’s (spoilt) child].

These styles of parenting have their advantages and disadvantages. There is another parenting style with which I personally have a problem, and that is described as uninvolving parenting.

This is done by parents who are emotionally and even physically absent, as far as the upbringing of their children is concerned.

In fact, they have little or no expectation of the child and have no communication, thereby creating a large gap between them and their children. The only role they play is bringing the children into the world. Period!

Such parents do not care about what their children eat, what they wear and where they sleep. In fact, educating their children is none of their business, let alone training them to become responsible citizens.

One would not be too bothered if such people eventually suffer alone for shirking their parental responsibilities. Unfortunately, society in general also suffers.

These days, many internet cafes are full of teenagers, not using the facility to do any meaningful academic research, but indulging in internet fraud, popularly known as sakawa.

The question is, where are the parents of these children? What kind of training was given to them? Did they ever experience any parental love and care?

Of course, we could continue to lament about the situation, but if we do not deal with it decisively, the consequences could be dire. Religious organisations should intensify their education on good parenting.

Laws against shirking responsibility as a parent, if any exist, should be enforced and parents who are found culpable should be punished severely to serve as deterrent to others.

Guidance and counseling centres should be established in schools, especially the basic ones, and those which already exist should be well resourced to counsel students.

It is the responsibility of everybody to raise children to become responsible citizens but parents have a greater duty.

The writer is an Archivist, Tema. Writer’s E- mail: This email address is being protected from spambots. You need JavaScript enabled to view it.