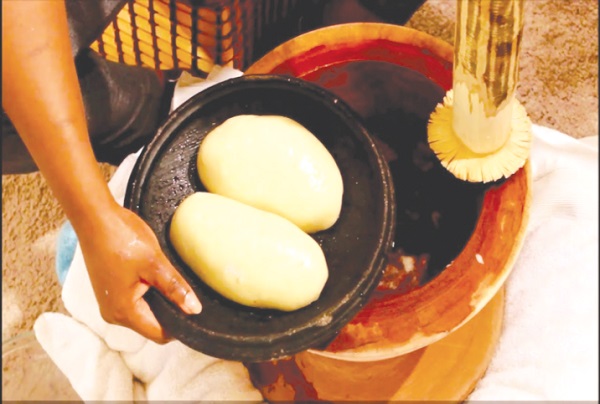 The fact is that traditionally made Ghanaian fufu can have cassava levels as high as 90 per cent. I provide a summary of the following nutrients present in 3.5 ounces (100 grammes) of cooked cassava according to the U.S. Department of Agriculture (2020):

The study found that processed-powdered fufu had the least glycemic response (31), followed by kenkey (41) and locally pounded fufu (55), all recording low GI. Tuo Zaafi (68) had a medium GI and banku (73), had moderately high GI.

GI is a classification of food based on the blood glucose response to a food relative to a standard glucose solution. Low glycemic foods control the release of glucose into the bloodstream at a steady and sustained rate, keeping the body's metabolic processes and energy levels balanced.

People with low glycemic diets or (who) eat low glycemic foods are said to have a lower risk of getting coronary heart disease and type 2 diabetes.

These food items that have low GI would benefit those who are already suffering from diabetes, since these would help in the proper control and management of blood sugar.

This means that as a low-GI food, eating cassava or fufu can also help improve physical endurance because blood glucose levels are moderated instead of dropping when insulin is produced.

Low-GI foods also may help control triglyceride and other lipid levels in your blood. Cassava has even been called a "weight loss wonder food" due to its ability to decrease appetite and decrease fat storage in fat cells ( Kresser, 2014).

One study by Marandola et al. (2004) found that cassava may also, by a different mechanism, be protective against cancer because it contains a chemical called tamarin, which is responsible for the production of hydrocyanide.

This tamarin has been shown in vitro to cause the death of cancer cells by self-toxicity with hydrocyanide. Another study by Tsumbu et al. (2011) found that cassava leaves and roots show promise against colon cancer.

Irabor (2011) found that the low colon cancer in Nigeria could be due to the consumption of resistant starch foods.

According to the fdc.nal.usda.gov, cassava is loaded with vitamin C, with 20 per cent of the Daily Value in each 3.5-ounce (100-gramme) serving. Other studies found that cassava provides about 50 per cent of the daily vitamin C needs for most adults.

Vitamin C plays a key role in many aspects of health, including immunity. Carr and Maggini (2017) found that vitamin C can help protect against oxidative stress and support the function of immune cells in your body.

Compared to potatoes, cassava is exceptionally high in potassium. A cup of cassava has 558 milligrammes, providing 16% to 21% of the daily recommendation, which ranges between 2600–3400 milligrammes per day, depending on age and sex.

Choosing a cassava-based side dish instead of a grain-based one boosts the potassium intake of your meal.

— The writer is a Professor of Naturopathic Healthcare, President, Nyarkotey College of Holistic Medicine & Technology (NUCHMT)/African Naturopathic Foundation. E-mail: This email address is being protected from spambots. You need JavaScript enabled to view it..