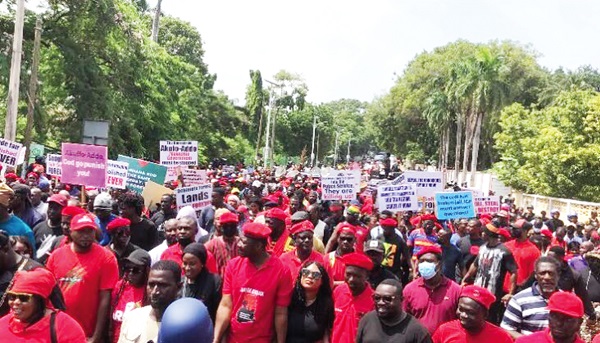 One man, one vote, is a Greek idea. “We must choose either champagne for a few or safe drinking water for all” – Thomas Sankara.

The rich citizens hold a disproportionate degree of power over the much more numerous lower classes. Yet for those citizens who live in the capital or have the means to travel to the city or remote areas in Ghana for elections, the process of choosing is arranged and usually fair, in spite of the rampant bribery and occasional violence accompanied with political campaigns.

Understanding the basics of the Roman electoral system of the first century is useful for appreciating the advice of the Electoral Commission, but the real pleasure for most modern society is its unashamedly pragmatic advice on how to manipulate voters and win political office with the following strategies pointed out, some of which you may have observed in trends.

“Make sure you have the backing of your family and friends. Loyalty begins at home. If your spouse and children are not behind you, not only will you have a hard time winning but it will look bad to voters. The most destructive rumours about any candidate begins among those closest to him/her.”- Philip Freeman.

Interestingly, a politician is not a leader and the democratic system we have in Africa (Ghana) produces politicians but not leaders. Leaders draw the whole citizens to themselves, not just friends and family.

Sadly, the common electorate and “foot soldiers” never dare to ask a question about the vision of their political leader whom they are working for to win the next election, or their vision to their own children and the next generation, but rather what smart tactics can be brought on board to win an election.

These right people are good to help any political leader to win an election but when it comes to management of the economy, currency and well-being of its citizens, there’s always the problem of a fowl which tries to urinate.

Call in all favours

“It is time to gently or not so gently remind everyone you have ever helped that they owe you. If someone is not under obligation to you, let them know that their support will put you in their debt in the future. And as an elected president, you will be well placed to help them in their time of need.”- Philip Freeman -The Life and Times of Rome’s Greatest Politician. New York: Random House, 2003.

Oh! poor Kwasi Kokuro! If I do not have any links or favours to give to any political leader, I cannot have any help in times of need. So how can one call the president to change the very people who gave him favours and supported him financially during his quest for power? If you are poor like me, stay in your lane and God must be your only helper.

So the purpose of all these political leaders is champagne for a few not safe drinking water for all. So sad!

Build a wide support base

Young voters should be courted as well, along with anyone else who might be of use. Even people with no decent personality who ideally candidates wouldn’t associate with in normal life should become the closest of friends during a campaign if they can help get you elected. Restricting yourself to a narrowing base of support guarantees failure, but how do you win over such a wide array of voters?

Promise everything to everybody

“Except in the most extreme cases, power candidates should say whatever the particular crowd of the day wants to hear. Tell traditionalists you have consistently supported conservative values. Tell progressives you have always been on their side.

“After the election you can explain to everyone that you would love to help them, but unfortunately circumstances beyond your control have intervened. Voters will be much angrier if a candidate refuses to promise them their heart’s desire than if he backs out later.”- Philip Freeman.

Politicians focus on programmes not vision, with their priority to secure the next election or next generation and being preoccupied with promises but not purpose. Leaders do not make promises. It is democratic politicians who have to make promises per their manifestos.

“The art of public speaking was studied diligently by all men who aspired to political careers. In spite of the new and varied forms of media today, a poor communicator is still unlikely to win an election. - New Haven, CT: Yale University Press, 2008.

It is so interesting to note that when a political leader is rendering a speech, the primary aim is to win you over to vote but he or she never means a single word. What are we doing to ourselves via democracy? Telling people what you do not actually mean will come back and bite you as a leader big time. I am not shocked a bit of what is going on in Africa.

“Even the most cynical voters want to believe in someone. Give the people a sense that you can make their world better and they will become your most devoted followers. At least until after the election, when you will inevitably let them down. But by then it will not matter because you will have already won.”- Roman Revolution. Oxford University Press, 2002.

Politicians around the world give their citizens false hope because they want to win an election and when the realities set in, it messes up the whole economic foundation. However, sadly, their lust for power to lead without any form of leadership takes precedence.

A true leader does not lie regardless but in politics, it looks like if you do not lie and make promises you cannot win an election. How can one lie and make false promises to people you want to lead?

Democracy isn’t absolute like we practise in Africa. Just see what happened in the United Kingdom (UK) last month.

If absolute democracy can only elect good people with only mere words with huge unrealistic promises to win just an election and lust after power, then it is high time we tried to nominate a statesman (with an attitude to serve, not acquire wealth) who will make sense but not money with close friends and family.

A statesman is spiritually alert, physically strong, emotionally stable and morally upright with a national agenda and plan for development (usually beyond his tenure), not just mere party promises which are backed by nothing. Statesmen are not tribal or religious.

They do not have to please anyone but see everyone equally and work for the betterment of the whole county. No one can corrupt any statesman. Corrupt people have a hard time with statesmen. Political democracy has nothing to offer but pain. Again, is it champagne for a few or safe drinking water for all?