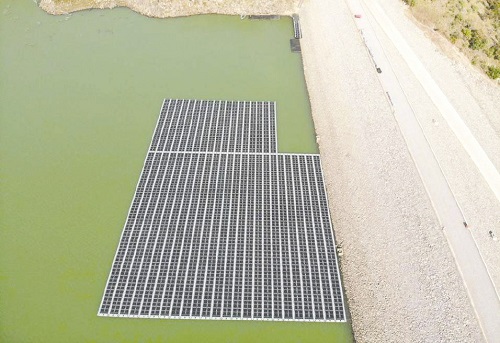 When several parts of the country lost power on Saturday evening, I braced myself for a deluge of calls and text messages enquiring just what was going on.

I was not disappointed, but for quite some time I was in the dark too (pun intended) and had to reach out to senior officials at the Power Directorate of the Energy Ministry for answers.

They, in turn, had to rely on field reports from GRIDCo.

Apparently, there had been some system trips which led to some stations being shut down in order to avoid a total system collapse.

Mercifully, the interruption did not last too long, but it was long enough for me to summon an excuse to step out for some fresh air, a cold drink and some good music at Veggies and Grills, an eatery and bar not too far from my home in Kwabenya. Quite a number of people appeared to have sought temporary refuge in this oasis of power.

Quite a few of the messages I received on Saturday evening bordered on why we do not appear to be tapping aggressively into the most obvious, available and free source of power – solar.

Of course, this makes sense for a country situated so close to the equator and which enjoys sunshine – perhaps too much of it – throughout the year.

With demand on power increasing by the year due to population growth, industrialisation and growing access to power, among others, sole reliance on traditional power sources is no longer wholly viable, as it requires a great deal of investment in generation, transmission and distribution systems to keep up with the increased demand.

In any event, the wider issue of renewable energy has become quite a big global conversation topic in recent times and the trajectory is towards cleaner sources of energy, such as solar and wind power.

In 2020, for instance, according to www.ec.europa.eu, renewable energy sources made up 37.5 per cent of gross electricity consumption in the EU, up from 34.1 per cent in 2019.

Solar power already provides an important contribution to the European energy mix, with 3.6 per cent of EU-28 gross electricity generation in 2017 (source: Eurostat). Based on current market trends, BloombergNEF estimates that solar has the potential to meet 20 per cent of the EU electricity demand in 2040.

From what I gather, while sunshine is of course free, it costs quite a bit for the systems that tap into it, store it and convert it into energy.

A typical domestic unit for an average, three-bedroom house with the most basic appliances and gadgets can set one back by a cool GH¢230,000 for a 10kWp depending on the brand of the Balance of System and the cost of installation.

The batteries (Lithium Ion) alone, which can last up to 10 years, can create a hole in one’s bank account to the tune of about GH¢50,000 for a 5kWh capacity, apart from allied professional services.

While the cost upfront is quite steep, over a period of time it just about works out cheaper than regular electric power.

The rub, however, is the affordability, which hampers access in the first place.

Perhaps another challenge is the fact that while Ghana is quite a hot country, the sun does not burn 12 hours a day all year round, which then raises issues of dependability, as it may not always be possible to store sufficient solar energy for use.

The reality, thus, is that it may not be prudent to go solely solar so that one can switch between solar and electric as the need arises, which is much better than relying solely on either source.

For some technologies, there is difficulty in obtaining equipment and spare parts, poor operations and maintenance of facilities and a lack of infrastructure to support usage.

As part of its drive towards renewable energy, Ghana has set a target of 10 per cent renewable energy contribution in the National Energy mix by 2030 and has engaged in a number of projects in order to meet this target.

On the solar front in particular, there is an ongoing development of a 200 MW out of the 250MW Solar Park by Bui Power Authority at the Bui Generating Station enclave in the Savannah Region of Ghana, which is expected to be completed by the end of 2022.

In addition to this is a 75-150MW wind park and 35MW solar facility by the VRA within the Nadowli-Kaleo District and Lawra Municipal.

The government, under the SREP (Scaling Renewable Energy Programme) in collaboration with the Ministry Energy, is also investing in 35,000 Solar Home Systems (SHS) for off-grid communities, and the Jubilee House Solar Project Phase II is expected to put the seat of the presidency on solar power with 912KW.

Again, 12,000 Net Metering Systems and about 1,000 Solar Systems are to be deployed to public institutions like the Jubilee House project.

Beyond large-scale solar generation through solar farms and similar projects at state level, it is equally important that individuals and small businesses are able to install solar systems in their homes, offices and places of business in order to relieve pressure on the grid and also provide them with an independent source of power, particularly in the event of incidents similar to what happened last Saturday.

I believe that through import duty waivers, tax breaks and other measures on the financial side, and active facilitation and scaling up of technical expertise and training systems, among others, on the systemic deficiency end of the equation, solar energy will soon become a commonplace domestic reality.

Solar power holds great potential for our energy security agenda, and nature has already gifted us the first factor in abundance.