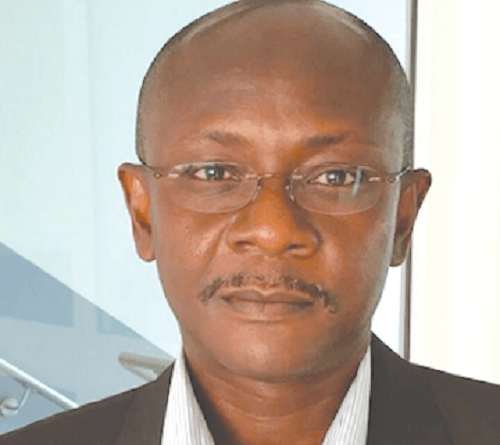 The lack of affect by the Ghana Broadcasting Corporation (GBC), the Driver Vehicle and Licensing Authority (DVLA) and the Ghana Immigration Service (GIS), has led, in effect, to three publicly funded organisations executing flawless prat falls on blunt swords, in public. All within nine days of the new year.

What the two “amigos” didn't consider was that their autocratic affect would generate widespread derision and open calls for mutiny. They could and should have sought counselling, as well as an introductory level class to strategic communications.

GBC, our one and only state-owned multimedia platform, appeared to endorse then reverse in mid-air, the support for the establishment of 11 new courts across the country to prosecute anyone who did not pay up licence fees for domestic and commercial users.

After being quite rightly roasted, tarred and feathered, GBC has retreated behind a tattered 1966 law. It now says it seeks to appeal and educate, not prosecute, fine or threaten imprisonment.

Never mind the quality and range of content they provide, or if you even watch/listen to GBC, that you own an installed and functioning TV set, is the catch all.

I have considered, deeply, my long association with GBC, the passion of the talented and challenged few who broke all technical odds behind the scenes to produce two recent programmes I was involved in - the inauguration on January 7, 2017 and March 6, 2017 Independence Day in studio-based commentary. Even I still don't want to know the details of what it took.

I very much want GBC to translate from being a moribund state-owned broadcaster (that is what they are) into an efficient public broadcaster. My current affect is that for GH¢36, I want an effect.

Where, when, how and what will it take for this Director-General, the Management and the new board of GBC to lean into relevance? I would like to be educated, entertained and informed by GBC.

On drip and on admission

After prematurely acquiring branded emergency first aid kits - procured at what cost by whom and when? - and issuing a GH¢100 fatwha to vehicle owners to purchase the above on the point of death,the DVLA is now seeking medical attention.

The Minister of Information has retroactively said the Government of Ghana (GoG), had no hand in the DVLA, a publicly funded agency, going off half-cocked.

Really? If this is true, then we should discuss the level of autonomy granted to, as well as the depth and regularity of policy conversations between the GoG and those they appoint into senior management positions of key organisations.

According to Wikipedia, 'affect is a concept used in psychology to describe the experience of feeling or emotion.. affect mediates an organism's interaction with stimuli. The word also refers sometimes to affect display, which is "a facial, vocal, or gestural behaviour that serves as an indicator of affect."

Social psychology is based on the ABCs of affect, behaviour and cognition. In order to effectively maintain and enhance our own lives through successful interaction with others, we rely on these three basic and interrelation human capacities. Affect (feelings); Behaviour (interactions), Cognition (thought). (Principles of Social Psychology open.lib.umn.edu.)

There are some 25 million active citizens here in Ghana, a few million more, give or take in the Diaspora. We read, we watch, we listen, we speak up. The 'I say, you do without question' affect by some government functionaries belongs in a museum. Our only national museum has been closed for a while, are we still paying monthly salaries to how many employees of this non -existent and for me, a totally required institution?

Each of the categories stated the minimum physical and educational requirements. Further, the GIS website provided detailed information on how candidates could purchase E-vouchers (from the GCB bank) and how to upload an application.

More than 80,000 Ghanaians eager to work, went through the motions. The sheer numbers of applicants is an indictment of the crushing lack of employment opportunities for many citizens. That is in itself, worthy of several edgy conversations.

On the back of both increased oil production and economic policy that appears to be rightsizing the abysmal and inherited macroeconomic indicators, the Ghana Investment Promotion Centre has endorsed a Bloomberg Guide report that predicts and turnaround economic growth in 2018. Two caveats.

Sustainable growth will require even more prudent management with hard decisions taken that some of us will really not like. And, the fruits of growth must actually translate into opportunities and employment for Ghanaians.

What has quite rightly garnered the headlines is that it appears (unconfirmed) that only 500 placements are actually available.

Secondly, the GIS, after the fact of thousands of people paying for the privilege of lining up (some of them camped out all night) all day in the sun, arbitrarily included in the screening process, the following red lines: 'Body marks and shapes such as stretch marks, tattoos, protruding navel, knock knees, surgical and bleached skin.'

The public posturing by the Head of Public Affairs, a certain Superintendent Michael Amoako-Atta, including the car crash interview broadcast on the BBC, and reproduced online and elsewhere, is a classic case of congenital lack of affect.

I don't particularly fancy the shape of this Amoako-Atta's mustache or the thickness of his eyebrows. Without having personally verified the details, I presume this navel is an innie,and his legs are strong and straight.

The issues for which he seems incapable of addressing crisply with affect are the following. What are the health and safety grounds in 21st century Ghana, for a publicly funded institution to belatedly introduce subjective super model aesthetics as roadblocks to employment? Were applicants advised, aforehand, that their God-given looks - other than self- inflicted bleaching - would be put to the test?

Effecting the consequences of international affect

Israel announces that it will pay up to US$3,500 for "infiltrators," apparently mostly Africans, to remove themselves voluntarily from their shores within 90 days or face possible imprisonment.

Prime Minister Netanyahu has previously expressed concern about the impact of these 'infiltrators' -they are regarded as illegal economic migrants, not refugees - in diluting the unique Jewish culture of Israel.

The United Nations (UN) Refugee Agency has challenged the legality of this order, however, Mr Netanyahu's circling of the wagons, echoes the anti-migrant groundswell of opinion across Europe and other parts of the world.

Will the citizens of Togo, the only African country that supported the decision by the United States of America (US) to recognise Jerusalem as Israel's capital, as well as those of the 8 principled African countries who demonstrated leadership by abstaining from the vote - Benin, Cameroon, Equatorial Guinea, Lesotho, Malawi, Rwanda, South Sudan and Uganda - be rewarded for sitting on the fence?

Will their citizens be exempt from this holy order?

Will the effect of the affect of Togo and the 8 ditherers, translate into additional aid and trade from Israel and/or the deep coffers of the US?