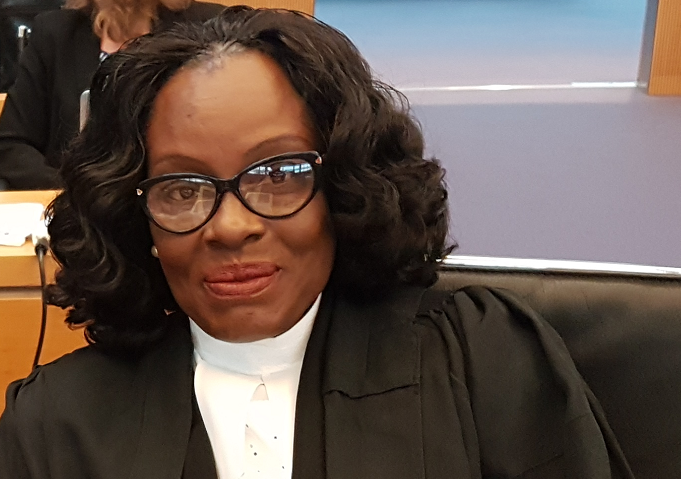 Mob justice, sadly, will not end with the unfortunate death of the fine officer and gentleman because everybody has weighed in. As a country, hypocrisy is the word that best suits many of our actions or inaction. We do not want to solve problems by tackling the root cause, but deal with the leaves and branches.

Mob justice occurs because citizens have lost confidence in the Police Service. Many have resorted to the age-old practice of curses.

In most instances, you go to report an incident and you will wish you never did. The men and women of the service would rather wish they were not disturbed so they could engage in their trivial pursuits. It is worse in the districts and this is where mob justice is pervasive.

A vox pop seeking the views of people will clearly indicate why going to the police is a waste of time and will cost you money. In any case, police officers look at where the advantage to them is greatest and align themselves, to the indignation of the other side that believe they have been shortchanged or that justice must be served.

To start with, it is the police that must investigate the case and build the docket that will go to the Attorney General's Department for the case to be reviewed for prosecution. The development of the docket may entail detailed investigations that the complainant must be ready in some circumstances to pay for and that is where the frustrations may come from. There can be the dragging of feet if the other side has made good on payment.

My own experience as a pathologist working closely with investigative police officers has been an interesting one.

Cases of criminal or septic abortions that come up for autopsy best illustrate the above phenomenon. The perpetrator in most cases would have been found. Once the cause of death is determined as unnatural and from abortion, the coroner's medical cause of death certificate is photocopied and the original is given to family members to obtain a burial permit.

The perpetrators, mainly the person who paid for the procedure and the one who actually did it, are now confronted by an investigative officer on the gravity of the situation.

The compromise will always be to offer money to be given to the pathologist to change his report otherwise they both have no hope in hell.

The complainant will be frustrated out of their wits and will forgo the case. A formal complaint was made to the then Commissioner, Criminal Investigative Department (CID), Aggor, many years ago by me as the then Head of the Department of Pathology, University of Ghana Medical School and Korle Bu Teaching Hospital. But it didn't change anything.

All of us pathologists know not the amount of money that has been collected in our respective names, but my word, they must have really fed fat on us!

It is no wonder that those who have made a carrier out of causing criminal abortion continue to do their work killing and maiming women. The case of the abortionist at Madina that went viral did not get anywhere.

For the many who do not die, infertility is the result in later day life. All the abortionists are known by Ghanaians, but will not own them up. What has been shocking is the reluctance by persons maimed to come forward to even give evidence against the perpetrators.

Many Ghanaians know the criminals in our society, but will never give them up. The armed robbers, thieves, drug pushers all go to shrines, mallams and pastors for protection. The big timers are financiers of our political experience and throw their weights around.

A governance mechanism that allows finance from criminals is not going anywhere too soon. So long as we Ghanaians do not assist the investigative service and provide them with information their work will always be incomplete.

The question remains what will happen to you, if one volunteers information about those who live above the laws in Ghana. The statements, “nobody is above the law” and “we believe in the rule of law” are two of the greatest fallacies of our time.

Many live above the law. They are untouchables and even have the audacity to say so. Every Police Service in the world has many bad nuts. Not even the New York Police Department (NYPD) and the metropolitan police in London, two of the largest Police Services in the world can rid themselves of bad lots.

There are many in the Ghana Police Service, but the Service itself turns some of them into bad lots. Poor accommodation and poor conditions of service that do not dignify human existence convert some.

If you have the power in uniform to extort from the many defenceless people, then it does not take too much to make any man gullible.

It is the women in the service who can be just as bad that it irritate some people. Why should a woman in uniform choose not to be a lady but behave like a bad man. Has their training got anything to do with it? I hope not.

Impunity is rife in Ghana because many know people who have got away with everything or anything and everyone else think they can also be that lucky and so long as we, as a people, have conspired not to tell the truth but to hide the truth, we will continue to brew for ourselves a deadly cocktail waiting to explode in our faces.

There are many cases of murders, arson and many others that do not get pass the police or if they do, are thwarted by the Judicial Service with the complicity of the Police.

In the name of chieftaincy disputes, many people commit atrocities and get away with it but breaking the law is doing so irrespective of the circumstances. Persons who are drug dealers and known by the police in Ghana have the audacity to flaunt their ill gotten wealth and buy their way into Chieftaincy and the political space and appear as untouchables in our democratic experience.

So long as we, as a people, do not insist on justice, the impunity will continue. How can a country that almost stops on Sunday mornings because many are in the houses of God do not practise the teachings of Christ?

It is said that justice is not about truth but there can be a convergence, if the people get interested and seek the truth. But if everything is left to the afflicted or those directly concerned, then they can be outwitted by the Police Service and or the Judicial Service.

We can each wait for our turn to be outwitted but nothing will change. We as a people must make the rule of law work for everybody. Elsewhere, there are vigilantes who insist on justice for all and not for the few and people volunteer vital information that flush out wrong doers which, by itself, serves as a deterrent.

If the Judiciary will equally do its work the way they should and make punishments also serve as deterrents, then and only then will Ghana become respectable. Chieftaincy and the actions of the various judiciary committees must also come under scrutiny.

How can cases be allowed to continue for upwards 10 years? Justice delayed is justice denied. Hypocrisy and impunity are bedfellows and have never developed any nation.