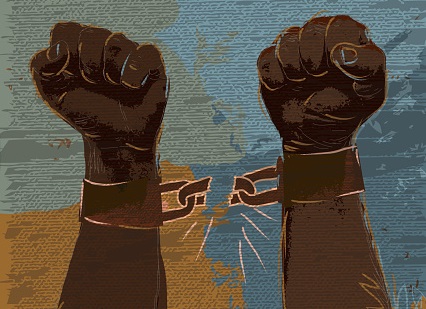 My evaluation of the quarantine time has evolved over the period of the experience from the earlier hostility to acceptance and even embracing it at the end as a necessity for the United Kingdom authorities to protect their population. One would only hope that Ghana would be equally steadfast in upholding its own rules and regulations. In the ten days I have been cooped up in this house, the Test and Trace team members have called me every single day without fail, and there is the threat of police action if it was needed.

The quarantine has not been the worst experience even in the life of a self-declared nomadic soul more at home on the road than sitting on a sofa and looking at a rather beautiful stone fireplace for more than one week. But writing this column and other things, watching loads of films, videos and television in addition to reading as well as chatting with my brother and his family made it feel like a holiday. But no enforced situation is pleasant; freedom and choice are good for the human spirit and psyche.

I must say that I will not undertake any nonessential travel these days. There is too much wahala. One has to take a total of five Covid tests; it rises to six of you want to invoke the test and release scheme on Day 5, but if you want to do that you have to indicate it before departure. In any case, the weather was not inviting enough to tempt me to escape legally or illegally.

One thing I have not reported is a historical drama series called The Crown which I have watched while here. It is about the reign of Queen Elizabeth II and I find it interesting because many of the episodes I have watched are about events I can remember in the media, some of them going back to my earliest childhood.

Ghana features in the second series where the Queen’s 1961 visit is a major subject. Unfortunately, I was not impressed. The depiction of Nkrumah was grotesque and simplistic and the Queen was also rather ungracious in that part of the production. I think that Westerners find it difficult to portray Africans accurately because of prejudice and racism. In the film, Nkrumah is seen as a Soviet puppet and the Queen was able to change his mind after dancing one foxtrot with him!

Overall, however, I think that the idea of using documentaries and drama to teach history is a good concept; Ghana can use it to teach us our own history and overcome the political distortion of facts of our recent history. It would be a good job for GBC but it would take a lot of money and inspiration.

With only a few hours to go, I am beginning to dream of doing the things I loved doing in this city when I lived here for nearly a decade and a half. Visiting bookshops, going to the galleries and simply savouring the atmosphere on a good day can lift the soul. Incidentally, the weather is beginning to come to life on this last day. Tomorrow, which is set to be my first day of freedom will also be the hottest day of the year so far – around 24 degrees Celsius.

No matter how hot it gets while I am here, it won’t match Ghana’s mostly clear blue skies and wall-to-wall sunshine. Home sweet home, even if there is a strong possibility of Dumsor on my first night back home.

Indeed, we shall overcome.