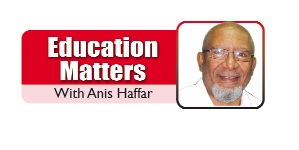 We belong to a quaint little club called “The Jazz Cave”, a free-spirited enclave for adults only initiated by Phyllis M. Christian of Shawbell Consulting. We meet daily — sometimes way past midnight – on a platform by that same name.

Here, we share musical tracks and videos, life experiences particularly encounters with jazz performances, rhythm & blues, local highlife artistes and so on. Occasionally we drift off into real-life parties, birthday celebrations, “meet and greet”, Joy FM with Ken, good literature, intimate conversations and so on. 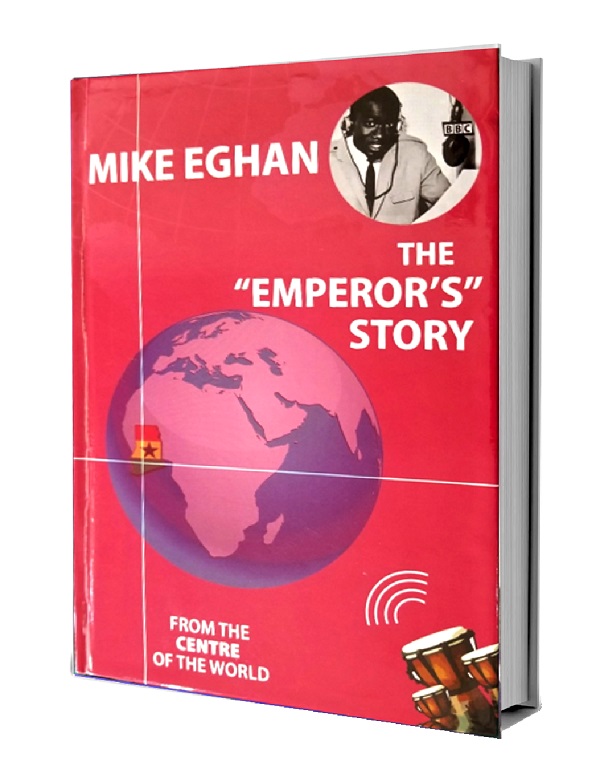 A key member of the club is our very own Uncle Mike Eghan, a giant personality in his own right. The man’s kaleidoscopic knowledge of show business, broadcasting, entertainment and politics is cast in the trenches of personal encounters. He shares history from the strategic standpoint of his own roles in the making of it.

When stuck with an aspect of musical history, or the names of a band or the players, he was the man to revert to. Occasionally he’d throw into the mix some pertinent oldies long forgotten to tease the memory.

Some months back, I chanced into a conversation with him: “Uncle Mike, why don’t you write your memoirs and share these gems of choice reminiscences? You owe that — not to yourself — but to posterity.” Only last week, he sent me a note, “Reserve Tuesday, the 27th of August, 2019. The book will be launched at the Coconut Grove at 5 p,m.”

Clearly, he had been shrewdly at work on this noble project for some time.

Pending the launch – and to assuage any shadowy doubt at my end – a personal copy of the book (a hardcover, I may add) was delivered live at my door.

Titled “MIKE EGHAN, The Emperor’s Story, From The Centre Of The World”, the copy was signed 9th August, 2019: “To Anis, We are connected one another in the divine spirit of Ghana & Africa.” I was speechless!

The new author had indeed broken out of the dungeon we call (in poetry) “the spirit’s sweaty prison”, to be immortalised thereafter. And who could have approached this amusing and historic epoch better than the man who dug some key channels himself! In short, the self is a spasmic secretion of history, and the mouthpiece had better be that of the living soul.

The love for music

Apart from his father and brother who influenced his musical tastes, Mike Eghan said assuredly that “the area I grew up in – the twin states of Sekondi-Takoradi - also contributed to shaping my love for music.

These twin cities were the hub of musical bands or groups, of which the most popular were the Broadway, the Weavers and the Skylark bands [and] the Railway Silver Band – a 30-piece group with a lot of wind and reed instruments such as the trumpet, trombone, saxophone, clarinet and rhythm section. There were others which operated outside our area of abode.

These bands were the Globemasters, Modernaires, Stargazers, Comets – all from Kumasi in the Ashanti Region”.

For those of us who grew up in Kumasi at the time, Hotel de Kingsway, Ricardo Hotel, Willben Hotel, Kismet and Big Bob Joy’s Jamboree offered some venues where these great bands showcased their talents.

Equally reflective of the times were reminders of the bands’ signature tunes such as “One O’clock Jump” (Count Basie orchestra), “Sack O’ Woe” (Cannonball Adderley), “Take the A Train” (Duke Ellington orchestra) and so on. Those were the good old days, for sure!

After Ghana’s independence in 1957, the Osagyefo Kwame Nkrumah updated the Ghana Broadcasting Service to include the external radio service to promote the African culture and personality. As Mike Eghan put it, “We broadcasted in Swahili, Hausa, Arabic, French, Portuguese, English and other languages and dialects. My friend, David Larbi, and I compiled programmes, especially those that included music in the various languages and dialects that the listeners would identify with.

This reinforced the message being transmitted to the listeners. The core message was the liberation of the Black Race from the shackles of imperialism and neo-colonialism.”

At a juncture in his career, the author felt the need to travel overseas to study to become a better broadcaster in Ghana. He wrote: “The UK attracted me the most. I saved enough money to sponsor myself to London. My return airfare cost me about 300 pounds sterling. I left Ghana for the UK in May 1966.

One did not need a visa to travel to the UK in those days since Ghana was a member of the Commonwealth and Ghanaians were held in high esteem in Western Europe and North America.”

Citing some historic episodes in the book, Mike Eghan noted: “One of the highlights of my career as a disc jockey and radio presenter was my role as emcee (master of ceremony) for the historic musical concert dubbed ‘Soul to Soul’. The aim of this musical extravaganza was to bring

Africans and African-American artistes together to jam on the African continent to retrace their historical roots. It was believed that such an attempt would galvanise Black people all over the world along with the vision that Osagyefo Dr Kwame Nkrumah had for the Black Race.”

The “Soul to Soul” event at the Black Star Square in 1971 was the West African version of “Woodstock”, and attracted a galaxy of stars never before assembled on the African continent: Wilson Pickett, Ike and Tina Turner, Les McCann, Eddie Harris, The Staple Singers, Carlos Santana, Roberta Flack, Willie Bobo, the Voices of East Harlem, etc.

The Ghanaian stars included The Magic Aliens, Guy Warren (Ghanaba), the Damas Choir and Charlotte Dada of the Uhuru Band.

Email: This email address is being protected from spambots. You need JavaScript enabled to view it.
Blog: www.anishaffar.org Ben Eghan’s memoirs