Nduom writes: The wrong we did? Our story 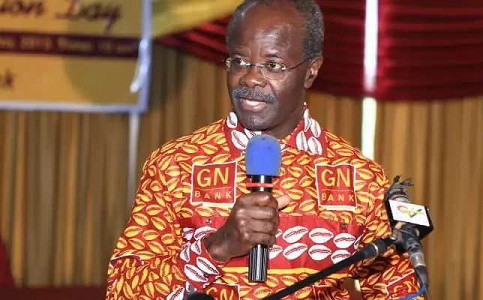 In 1997, we set out to invest and develop “the People’s Bank”. After nine years of planning, preparation and interactions with the Bank of Ghana, First National Savings & Loans Company Limited was granted a license to open for business in May 2006.

Our company, Coconut Grove Hotels was the major shareholder, later to be joined by others. Our idea which became a passionate mission, was to go where other people wouldn’t go, to the major market centres and towns in every region of the country and offer safe banking to the ordinary person; especially with the frequent news of armed robberies on our roads at the time.

We wanted to promote the development of a Savings culture. We were particularly concerned about the unbanked. So financial inclusion was the key reason for wanting to have a national, retail scope to our business.

The unbanked percentage over the period we have been in business has reduced from more than 80% of the population to about 50%. We gave millions of loans to micro scale enterprises.

We persisted with our mission of financial inclusion which is now the mantra of all developing countries from Bangladesh to India, To South Africa, Kenya, Nigeria and others. We came up with products such as “Wo Daakye”, which made it possible to open accounts with as little as 50 pesewas and earn interest every six months.

We now see that the BOG is encouraging banks to accept low amounts for account opening from previous highs of GH₵50-100. We offered a savings account that paid 9% interest plus a life insurance cover of GH₵1,000 and this became a very popular product.

We believed in low margins and high volumes. We developed the concept of Mobile Bankers young men and women trained and equipped with Point of Sale devices to go to farms, markets, shops, schools, etc to collect deposits.

Our Mobile Money product gained popularity, which made it easier for the numerous unbanked who do not have time to go to the bank to get banking services. We developed a five year strategy to be in 300 locations with one million customers. We designed “Money Stores”, “Express” buildings and constructed them.

The huge investment of funds, energy and sweat was paid for by shareholders and was completed in July 2018. At our peak, we employed over 2,000 people, mostly very young men and women and achieved unprecedented success. Not even those who have been in the banking business for decades have achieved these feats.

Why the BoG closed down Ideal, Midland, GN, Unicredit, 19 others

We exceeded the target of one million customers and were ready to boost our business and move to the next level. Then the crisis in the financial system hit in August 2018. Prior to that, we were a very, highly liquid bank with a low non performing loan portfolio. Our customers were happy with GN Bank, the People’s Bank.

The perhaps unintended consequences of the reforms in the investment and banking system became our tsunami. On one side, Gold Coast Fund Management experienced unprecedented redemption of investments; and on the other, panic withdrawals hit us in every one of the 300 banking locations.

No one was interested in assisting to calm the fears and anxieties of customers. Rather, the question we got was, “what’s wrong with you, what have you done wrong?” Our ambition to build a national retail banking business stretching across the four corners of the nation to Djemeni, Agona Nkwanta, Kwame Danso, Twifo Praso, Wulensi, Pusiga, Nandom, etc., to support national development had become to some, too big for a Ghanaian investor to take on.

Even a $20 million facility with the Overseas Private Investment Corporation (OPIC) which we had been negotiating for 3 years to support our expansion could not be disbursed due to the crisis.

The customers we planned for years and invested millions to get close to, in their panic, became desperate and aggressively came for their deposits. No deposit taking financial institution in this world can stand if all its customers showed up one day to collect their deposits. We became toxic in a few months. For some customers, a “friend” had become an “enemy”.

The wrong we did? Today, GN Savings with all of its challenges, has more assets than liabilities. And thousands have started making new deposits across the country!

Questions: In implementing “tough” measures and policies, must the taxpayer be made to pay to collapse a national retail deposit taking entity; with 300 locations and more than one million customers; employing over 2,000 people, paying taxes?

Why not support it, strengthen such a significant private sector investment? Sure, there are people out there shouting “close them down!” for different reasons. We will not go into that here. Why not use the taxpayers’ money to pay the contractors, to pay the company, for the company to pay the depositors and as a result, preserve GN Savings, the jobs of employees and keep needed infrastructure projects going? Our story, for now. We shall return.