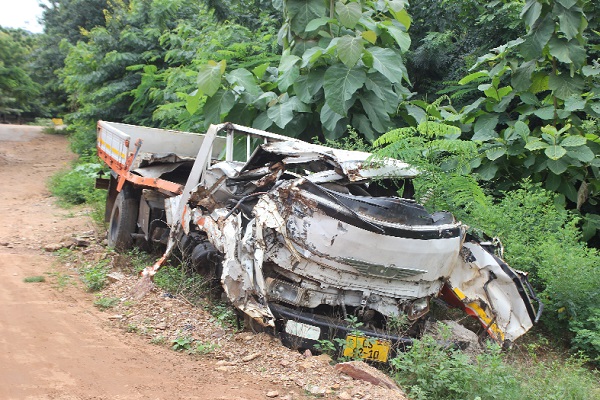 A mangled truck at the accident scene at Asitey junction
30.5k Shares

Asitey Junction, one of the most dangerous accident spots in the Eastern Region, has not seen much change in engineering intervention in spite of being a death trap for more than 20 years.

The spot at Asitey, a suburb of Odumase in the Lower Manya Krobo District, has proven deadly over the years claiming many lives and injuring hundreds of others, leaving some maimed.

Located on the Odumase-Oterkpolu road, the curve is at the end of a steep escarpment and has a ditch at the right side of the bend, which has been the recipient of the vehicles and the debris from the numerous accidents.

Between June 15 and July 18, 2019 alone for instance, there have been at least three reported accidents, resulting in 10 deaths and injuries to 63 people.

The list includes seven deaths and more than 50 injured members of the St Barbara Catholic Church in Akosombo when the bus they were travelling on failed its brake and ended up in the ditch.

Barely five days after that ghastly accident, another accident in the area has killed three persons. The deceased died on the spot when a Kia Truck on which they were travelling crashed into a tree at Ayermesu.

Also n July 18, a tipper truck with registration number GN-9010-18 went off the road and ended up in a drain by the curve. The driver, who was the only person on board, survived.

On October 13 last year, a Science teacher of the Mangoase Senior High School (SHS), Kwame Kyei, died at the Asitey curve when the bus he was travelling on with 56 students allegedly failed its brake at the Asitey curve, which resulted in the vehicle somersaulting and landing in a deep valley near the road. 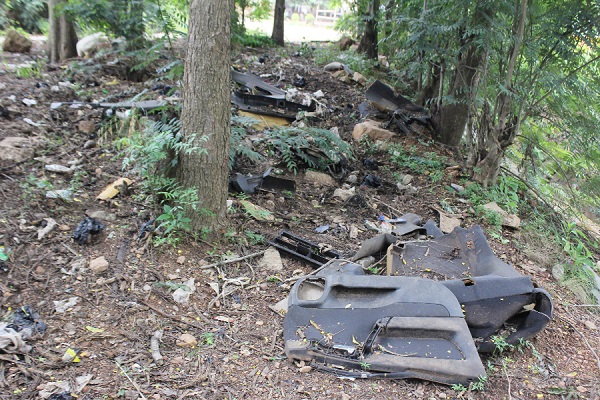 The students and the driver only sustained varying degrees of injuries and were rushed to the Atua Government Hospital and the St Martin De Porres Hospital.

Tip of the iceberg

Residents told the Daily Graphic that at least six to nine vehicles skidded off the road and ended up in the ditch every month. In spite of the deadly nature of the road, the Korletsom Police Station at Odumase, which is usually the first port of call for attention during accidents, does not have data on accidents at the curve.

A police source at the Korletsom Police Station at Odumase Motor Traffic and Traffic Unit who asked not to be named said the division did not have statistics on specific accident spots but rather the entire district.

However the Daily Graphic, in a publication dated December 1, 2009, collated statistics from the same police station which indicated that 49 accidents had been recorded from 2005 to 2009, out of which 104 people sustained serious injuries and 14 lives were lost.

The police at the time had indicated that “these are only those officially brought to the notice of the police, and that majority of the accidents were recorded during the day”.

Statistics made available at the time on the type of vehicles involved in the accidents revealed that there were 22 tipper trucks, 17 mini-buses, seven taxis, one cargo truck and two KIA pick-ups. 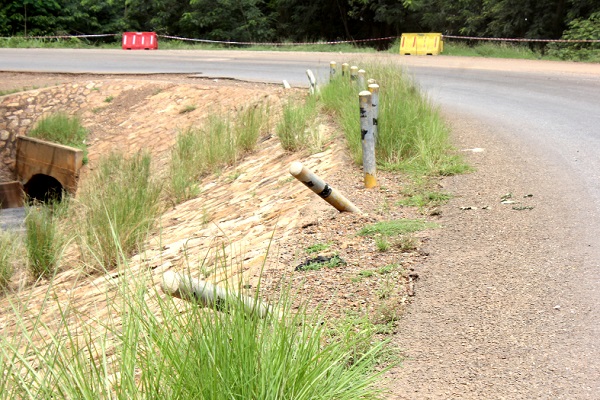 Worried about the fatalities on Asitey Junction, the Krobo Youth Congress, at its general meeting on October 27, 2000, set up a five-member committee to look into the cause of accidents at the curve and make recommendations. This was after at least 25 people died that year with scores of others injured.

The report of the committee, chaired by Mr John Atter Nartey, found that the curve at the junction was too sharp and that “the stretch proceeding the curve in question is some 400-500 metres long and the drivers are not guided to remain in bottom gear for the distance due to the complete absence of the necessary road signs”.

It also attributed the cause of the accidents to defective brakes and gears which failed to work at that critical point.

The committee, among other things, recommended that road signs and metal railings should be provided at the steep curves and valley along the road, as well as the possibility of opening the Asitey Junction-Krobo Girls’ Senior High School inter-connection road. 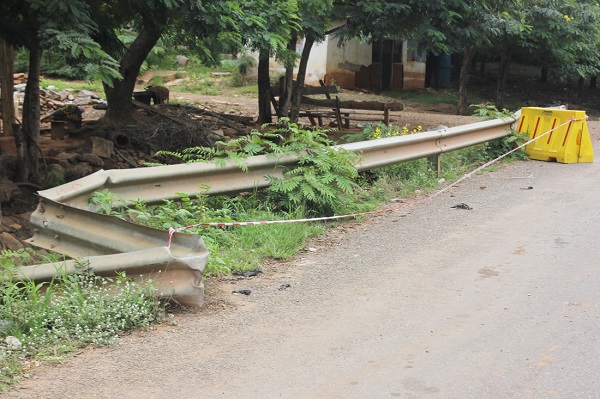 But nearly 20 years later, almost all the crash barriers at the curve have been knocked off and the only road sign there is covered by tall grasses that make it difficult for people travelling on the road for the first time to see.

A pit on the opposite side of the road is also without any form of protection, making children in particular vulnerable to danger.

Mr Gladstone Tetteh, the Secretary to the Krobo Youth Congress, said: "It's disappointing realising that the municipal assembly and all the other relevant institutions served the report didn't put the findings and recommendations to use, that's why we are where we are now. It's regrettable..."

The Daily Graphic’s observations on July 10, 2019 also show that some reckless drivers plying the route have little respect for speed limits. Some even speed while negotiating the curve.

To curb the accidents, a resident, Barbara Odombre, urged the authorities to seal the drain at the junction and extend the road to meet the Krobo Girls’ SHS to get rid of the sharp curve.

The Odumase-Oterkpolu road is an important stretch for trucks carrying limestone from Oterkpolu for cement manufacturing. It is also a major trade route for market women who go as far as Burkina Faso to import tomatoes.

A number of these market women, including Ms Dede Kosi, a survivor of one of those accidents which happened about 22 years ago and who is virtually incapacitated as a result of the amputation of her right leg, said her life and those of her dependants had been rendered miserable as her predicament had almost collapsed her otherwise vibrant business.

She said six other passengers in the said accident, apart from those who were maimed, died on the spot when a KIA trade vehicle in which they were travelling was ran into by a tipper truck that had a brake failure while descending the steep hill. 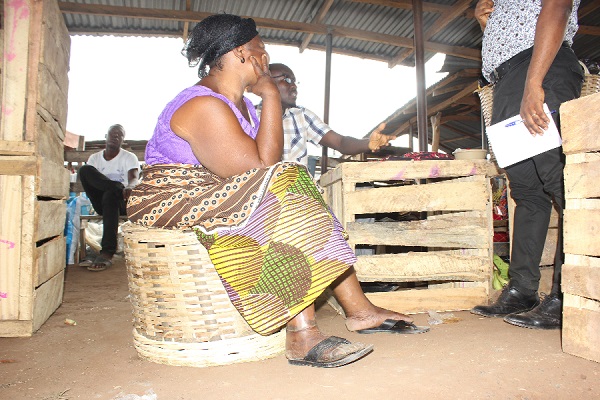 As if to worsen her plight, she was denied any insurance as the vehicle she was travelling on was not insured. She stopped using that road because of the trauma.

In an interview with the Daily Graphic, the Municipal Chief Executive of the Lower Manya Krobo Municipality, Mr Simon Kweku Tetteh, observed that the spate of accidents recorded in the curve and on the stretch of the road was heartbreaking, adding that the issue was even raised at the last regional coordinating council meeting.

“In my estimation, I think the curve and the ditch around it need reengineering,” he said.

He added that a team from the regional office of the Ghana Highways Authority (GHA) was at the site recently to assess the situation. “We are waiting for the technical input from the GHA and the National Road Safety Commission (NRSC) to enable us to jointly take a concrete step to address the phenomenon,” he said.

According to the MCE, the assembly was working with all the relevant stakeholders, including the police, to put together credible data on the phenomenon to drive decision making.

"In the interim, the assembly is collaborating with the Akosombo Divisional MTTU of the Ghana Police Service to step up education among drivers plying the road...," he added.