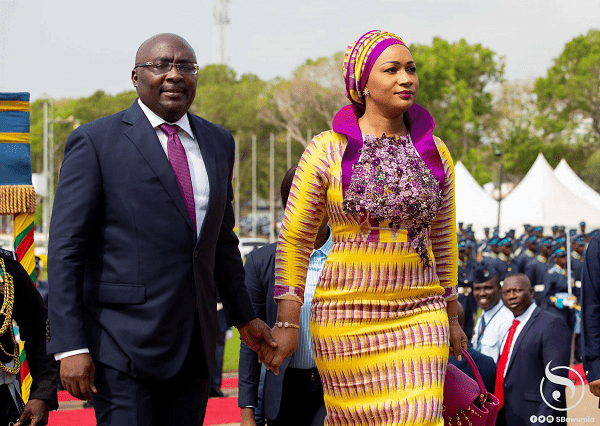 They have been married for 16 years and celebrated that anniversary on February 14, 2020, but in a radio interview Monday afternoon, the wife of the Vice President, Mrs Samira Bawumia revealed that Dr Mahamudu Bawumia could not propose directly to her when they first met.

Explaining how they met, Mrs Samira Bawumia said she completed the Kwame Nkrumah University of Science and Technology (KNUST) in the year 2000.

"We [me and Dr Bawumia] met years later... we met through mutual friends," who introduced us and it was love at first sight.

According to her, Dr Bawumia was attracted to her the moment they first met and concluded he had met his soul mate, "a catch," she said amidst laughter when she appeared on the Ekosii Sen radio programme on Accra based Asempa FM Monday afternoon [March 9, 2020], which was monitored by Graphic Online.

The couple has four children, three boys and one girl.

Mrs Bawumia was on the radio programme to talk about a wide range of issues in line with the International Women's Day (IWD) which fell on Sunday March 8, 2020, but in responding to a question from a listener who wanted to know how the couple met, she said Ghanaian men in general normally do not propose to their women and that is exactly what Dr Bawumia did when they met.

Speaking in the Twi language, Mrs Bawumia said Dr Bawumia had to beat about the bush but she [Samira] concluded he was interested in her when they first met, she said amidst laughter.