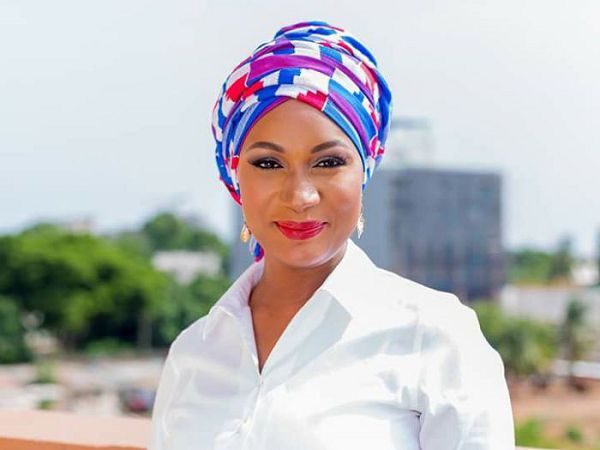 The wife of the Vice President, Mrs Samira Bawumia says the opposition National Democratic Congress (NDC) is bereft of ideas to lead Ghana as compared to what the New Patriotic Party (NPP) posses ahead of the 2020 general elections.

To her, the NPP would win the 2020 elections because the NDC which is the largest opposition party has no better alternative ideas to that of the NPP’s policies.

“The alternative to NPP is empty,” she said, whilst speaking in a radio interview on Accra-based Asempa FM ‘Ekosii Sen’ programme on Monday [March 9, 2020] as part of the 2020 International Women's Day (IWD) celebrations.

Mrs Bawumia noted that the NPP has worked so well to deserve another term in office in December 2020.

According to her, Ghanaians were witnesses to the various transformation the NPP-led government had brought into Ghana since taking over the mantle of power.

Reacting to a question as to whether she sometimes shivers as to who the NDC would choose as a running mate to former President John Dramani Mahama, Mrs Bawumia said such things do not bother her at all, as the personality was no issue.

According to her, even if the party [NDC] selected the best brain in the world but had bad policies, that person would not be able to make any meaningful impact.

She said the NDC who could not solve many of Ghana's basic problems such as the power crisis would not bring anything new on board and would only come to compound Ghana's problems.

Mrs Bawumia played a key role in NPP’s 2016 campaign, visiting many communities to campaign for the party.

Just as her husband did, she won the admiration of many voters, explaining the party’s policies to them.

She has not gone silent since the party won power from the NDC in the 2016 general elections.