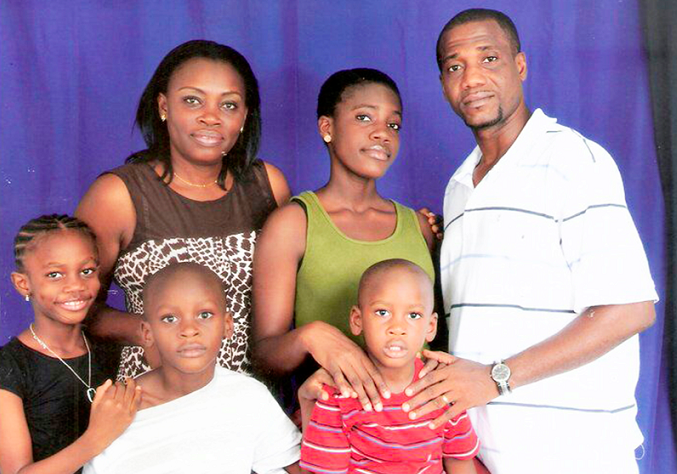 Her husband’s decision to contest as an Independent Candidate in the 2012 elections shocked her; although she knew he was more than capable of leading the country, her fears were the insults, personal attacks and negative comments usually associated with politics in this country.

Mrs Hilda Osei Yeboah felt her husband moving into mainstream politics could have a negative effect on their family and also draw public attention to them.

“Initially, I suggested he joined one of the political parties and contest a seat in parliament, but I later realised he was determined and well-prepared for the task and its associated challenges. So like we always do as a family, we sought the face of God for several weeks and finally decided to come public. I also realised he was passionate for change and was ready to sacrifice for the development of his country and, therefore, had to support him fully,” she told The Mirror.

She admits that although life after politics changed their family, she has not regretted supporting her husband’s decision because, with time, people have come to realise it was better to support an independent candidate than to align with political parties that have no vision and are only interested in amassing wealth for a small group of people.

Why vote for JOY

Mrs Osei Yeboah said voting for her husband, Jacob Osei Yeboah, popularly known as JOY, would ensure transparency in governance and provide honest leadership for the development of the country.

She said the media must properly play its role as a watchdog and bring to light the needs of the people. To achieve this, a fund shall be set up to support media practice, promote good journalism and build the capacity of journalists.

A JOY-led administration, she said, would ensure that principles of auditing were not only going to be post-expenditure but also include pre-expenditure.

Hence, a convincing reason must be given, if an institution or official goes contrary to the pre-audit recommendations”.

Mrs Osei Yeboah said a nation cannot develop unless its leaders are transparent and accountable to the people.

Highlighting some parts of JOY’s manifesto, she said although the National Health Insurance Scheme (NHIS) was a good initiative, it was suffering as a result of government’s failure to diligently allocate the various revenue streams derived from taxes towards NHIS.

She said there was the need to ensure that taxes for the health insurance scheme are really allocated to the scheme and not diverted elsewhere.

She explained that the scheme had also been bedevilled by overpaid claims, therefore there must be a system to check such claims.

Mrs Osei Yeboah added that a JOY-led government would also prioritise technical and vocational education as it was now evident that the country's present educational structures which overemphasise theoretical education with very little attention to practical experimentations ,had failed to aid productivity and to propel us as a nation to the global stage.

“The number of universities keep increasing but nothing is changing. It is important to research into the gaps that exist within industry and formulate programmes of study within the educational curriculum to help in producing the right human resources that would bridge those gaps existing in industry. Our universities cannot continue producing people who are not employable. Such a research can give us a better understanding and subsequently affect our industries positively,” she explained.
When voted into power, an administration led by JOY would implement policies that would improve the lives of women, children and Persons Living With Disabilities (PWDs).

“Our manifesto clearly states our policies for all sectors. There are policies on tourism and transport, energy, structure of the government, health, sports, agriculture and other sectors of the economy. We have tried and tested different political parties after independence, yet our country continues to face difficulties, I believe the time is right to vote for someone who is ready to work for the collective development of the country. 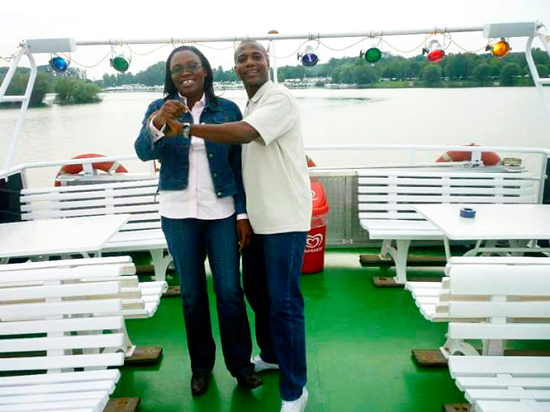 Mrs Osei Yeboah has been married to JOY since 1996 and they have four children: Jacobel, Janice, Jeremy and Jeffery.

“I met Jacob in 1994 during my national service at AngloGold Ashanti and one thing led to the other. I remember our first date was on my birthday that same year and it still remains one of my most memorable moments,” She recounted.

She is a co-founder and Company Secretary of Vital Source Limited (VSL), a procurement and logistics company focused on gold mining and oil AND gas industry within West Africa, founded by her husband.

Prior to that, she worked with Ashanti Goldfields Company as the Planned Maintenance officer for the Estates Department in charge of Scheduling and Monitoring the material requirement for the department.

Mrs Osei Yeboah said she admired Mrs Gifty Affenyi-Dadzie of Women Aglow for her zeal for God’s work .
On the December election, she pleaded with the electorate to look out for qualities of the various candidates and see how feasible their promises are.