World Earth Day: We must invest in our planet 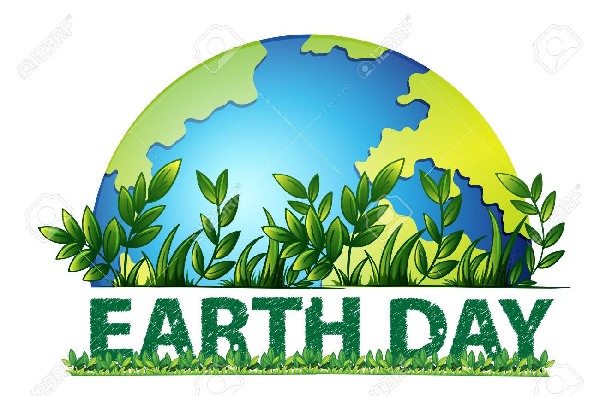 All these affect the health of the earth, which is the planet bequeathed to humans to live on out of the eight we have in the solar system. And if the earth is made sick due to man’s actions and inaction, it definitely affects the health of humans living on the planet.

Yesterday was marked globally as World Earth Day, to drum home the need to purposely keep the earth, which provides sustenance to human beings, healthy by investing in its upkeep.
Marked on the theme: “Invest in our Planet” and led by Earthday.org, the main body behind the Earth Day organisation throughout the world, the commemoration called for businesses to shift towards sustainable practices.

The United Nations celebrates the day which was first marked on April 22, 1970, as International Mother Earth Day, and this year observed the day on the theme: “Harmony with Nature”.
Since 1970, each year, on April 22, billions of people across the globe join together to raise awareness of environmental protection and today, around one billion people in 193 countries take part in Earth Day and resolve to protect the environment and biodiversity.

However, issues regarding destruction of the earth and its biodiversity keep cropping up and are getting worse, due to man’s greed and penchant to amass wealth at all cost, even to the detriment of other humans living on the earth.

Although efforts are being made to address the challenges, they seem to be inadequate, because the rate of destruction has soared over the years, while collaborations to address environmental issues have been piecemeal.

The President and CEO of EarthDay.org, Kathleen Rogers, put it succinctly when she said: “For years, we’ve been carefully sorting our recyclables and carrying reusable bags to the grocery store, while atmospheric carbon levels continue to soar.

“Individual action is necessary to stop climate change, but it is not enough. Industry and governments must get on board. But at last year’s climate change conference in Glasgow, one thing became apparent.

“Governments were not going to do it; it has long been governments telling people, ‘Cut back, cut back, cut back’ as if we’re profligates and it’s all our fault. Let’s all turn our heat down to 55 because the government can’t get its act together to invest the serious money we need in renewable energy.”

Here in Ghana, we laud the government for showing commitment towards negating the impacts of climate change, with interventions such as the Green Ghana initiative that, last year, succeeded in championing the planting of over five million trees across the country.

This particular step has been taken notches higher with the plan to plant 20 million trees in June this year and we urge all citizens to be fully involved when the time comes.

The Operation Vanguard launched by the government to stop the pollution of our water bodies through illegal mining has made some progress, even though there is more to be done as the fight is far from over. We urge the security taskforce not to renege on its mandate to save mother earth and the country’s future.

The Daily Graphic also urges more collaboration among individuals, organisations and the government, as well as deliberate investments, to police our environment, ensure sustainable exploitation of the wealth bequeathed to us by nature and effectively manage waste generated.

Further, we must protect our wildlife and prevent the killing of game at our reserves as happened at the Mole National Park recently when some poachers killed and dismembered a buffalo, and ultimately ensure that we continue to live in a healthy and well-protected world.

As Pope John Paul II said in one of his profound quotes: “The Earth will not continue to offer its harvest, except with faithful stewardship. We cannot say we love the land and then take steps to destroy it for use by future generations.”