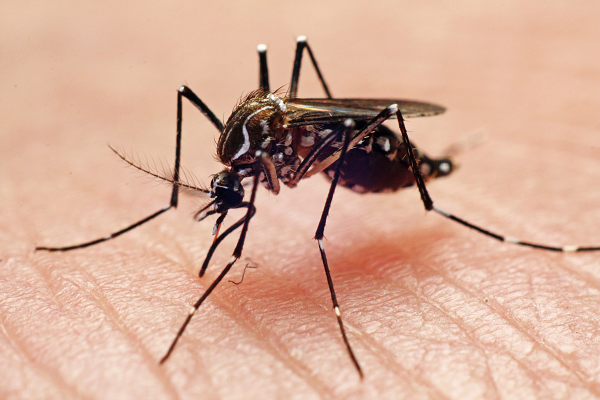 APRIL 25, every year, is observed as World Malaria Day. Globally, the World Health Organisation (WHO) estimates that in 2020, 241 million clinical cases of malaria occurred, and 627,000 people died from it, most of them children in Africa.

According to the WHO, since many countries with malaria are already among the poorer nations, the disease maintains a vicious cycle of disease and poverty.

The Director-General of the Ghana Health Service (GHS), Dr Patrick Kuma-Aboagye, says “Ghana, unfortunately, is one of the 10 highest malaria-burdened countries in the world”. In 2021, there were 5,733,013 malaria cases and 391,052 admissions recorded in the country.

The 2022 commemoration of World Malaria Day (WMD), which will focus on reinforcing Global Fund Investment (GFI), will be on the theme: “Advance quality, building resilience and ending malaria”.

Usually, people get malaria by being bitten by an infective female Anopheles mosquito that must have been infected through a previous blood meal taken from an infected person.

Because the malaria parasite is found in red blood cells of an infected person, malaria can also be transmitted through blood transfusion, organ transplant or the shared use of needles or syringes contaminated with blood. Malaria may also be transmitted from a mother to her unborn infant before or during delivery.

Plasmodium falciparum (P. falciparum) is the type of malaria that most often causes severe and life-threatening malaria; this parasite is very common in many countries in Africa.

People who are heavily exposed to the bites of mosquitoes infected with P. falciparum are most at risk of dying from malaria. These, who have little or no immunity to malaria, such as young children and pregnant women or travellers coming from areas with no malaria, are more likely to become very sick and die.

Also, poor people living in rural areas, who often lack access to health care, are at greater risk for this disease. As a result of all these factors, the WHO estimates that 90 per cent of deaths due to malaria occur in Africa and most of these deaths occur in children under five years of age.

We, therefore, see the successful piloting of the RTS,S malaria vaccine for children as welcome news for the country. The vaccine was piloted in Ghana, Kenya, and Malawi.

On April 30, 2019, a pilot project for the RTS,S vaccine was launched and piloted in the Brong Ahafo, Central, Volta regions and some districts in the Upper East Region.

The announcement by Dr Kuma-Aboagye of the planned scaling up of the vaccine is also additional good news as the devastating effect malaria has on people, especially children in the country, is worrying.

Since October 2021, WHO has recommended the broad use of the RTS,S malaria vaccine among children living in regions with moderate to high P. falciparum malaria transmission. The vaccine has been shown to significantly reduce malaria, and deadly severe malaria among young children.

It is our hope that when the administration of the vaccine is scaled up to more children, the proportion of admissions and deaths attributed to malaria will decline drastically as the years go by.

We further believe that if people become more concious of their environment and prevent mosquitoes from having fertile grounds to breed, if parents put their under-five children and other children under treated mosquito nets, if pregnant women sleep under treated mosquito nets and the public also takes all the needed precautions to prevent mosquito bites, then the country will be malaria free.

Also, it is our belief that if the government puts in place the right interventions such as the distribution of long-lasting insecticide-treated nets, indoor residual spraying and larval source management in communities where the disease is endemic, then the country will be hitting the 2030 elimination target by the WHO as expected.