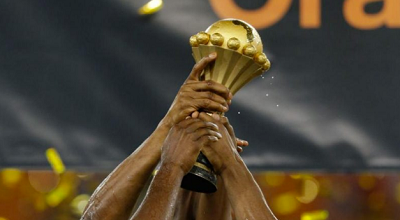 African football takes centre stage for the next four weeks as the Africa Cup of Nations (AFCON) tournament kicks off in Cameroun tomorrow when the host take on Burkina Faso at the 60,000-capacity Stade d'Olembé in Yaoundé.

In spite of it being rescheduled twice due to the COVID-19 pandemic and weather considerations, the best of African players have descended on Cameroun for the showpiece tournament and it promises to be as exciting as previous competitions.

The host nation has put its best foot forward with massive investment in infrastructure and is set to showcase the best of African football in a country known for its passion for the game and for producing generations of iconic players such as Roger Milla, Thomas N'kono and Samuel Eto'o.

As the 33rd AFCON and the second to be staged in the West African country since hosting the 1972 tournament, there is high expectation among football fans in Africa and across the globe of the January 9 — February 6, 2022 tournament as it parades some of the finest talents in world football, such as Egypt's Mohamed Salah, Sadio Mane of Senegal, Riyad Mahrez of Algeria, Eric Maxim Choupo-Moting and Ghana's Thomas Teye Partey, among others.

For Ghanaians, they will hope that the Black Stars, against all odds, could end their 40-year African title drought in Cameroun as they continue to search for their elusive fifth continental trophy.

Ghana captain Andre Ayew knows how much Ghanaians are yearning for a fifth AFCON title and as he leads the team for his seventh tournament, the midfielder carries a burden of expectation of his compatriots who always look up to the team to excel. Such an expectation cannot be lost on the players and the head coach, Milovan Rajevac, who has been given a target by the Ghana Football Association (GFA) to lead the team to continental success in Cameroun, having previously come close to winning the continental title when he guided the Black Stars to the final of the 2010 tournament in Angola where they lost 0-1 to Egypt.

In fact, President Nana Addo Dankwa Akufo-Addo has also charged the team to go all out to win the continental title, since the country has been yearning for the African Cup since 1982.

Although they may not be one of the pre-tournament favourites, the Black Stars players have the capacity and must wear the national jersey with pride and play with passion, inspired that their countrymen are solidly behind them to conquer the continent one more time.

There is the school of thought that the Black Stars go into a tournament not as one of the favourites but they play without much pressure and tend to excel, hence the hope by Ghanaians that the Ayew-led team can defy the odds and end a long wait for another African Cup success.

Although the team's 0-3 loss to reigning African champions Algeria in a warm-up game in Qatar last Wednesday may have shaken the confidence of Ghanaians, the Daily Graphic finds it encouraging that Coach Rajevac says his players would give of their best and take the competition one game at a time and hopefully bring the long-awaited trophy home.

That must be the rallying call for the players, technical staff and the GFA that Ghanaians are hungry and thirsty for another continental victory so they must put their best foot forward to fulfil a long-cherished dream of a fifth AFCON title.